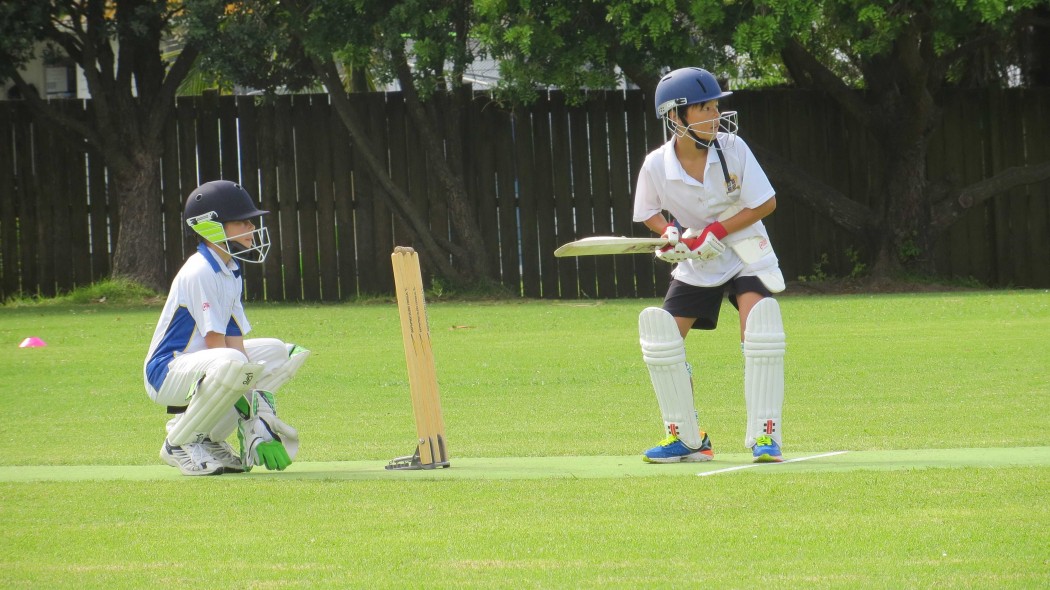 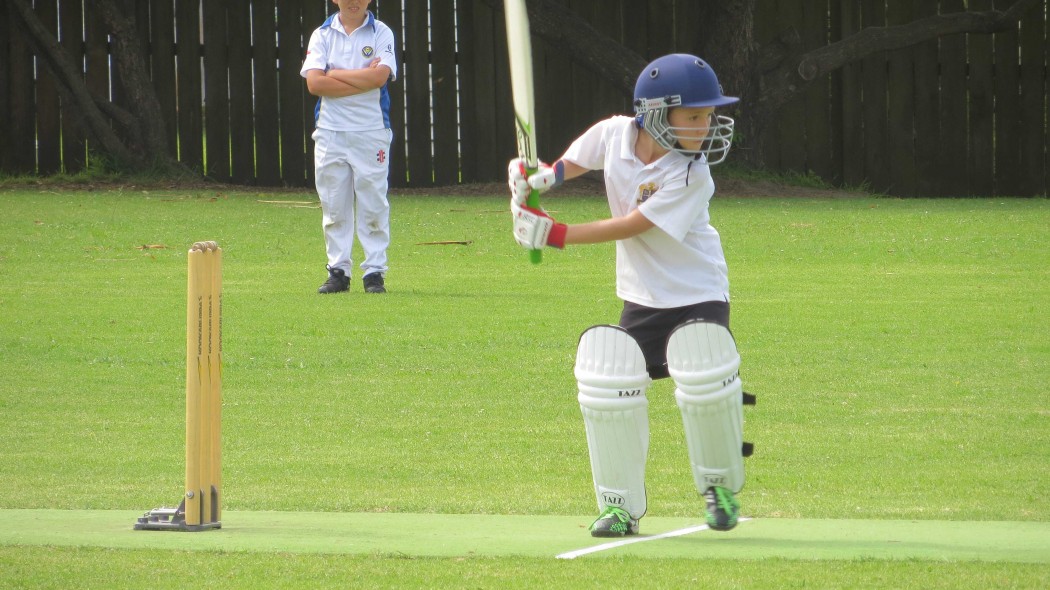 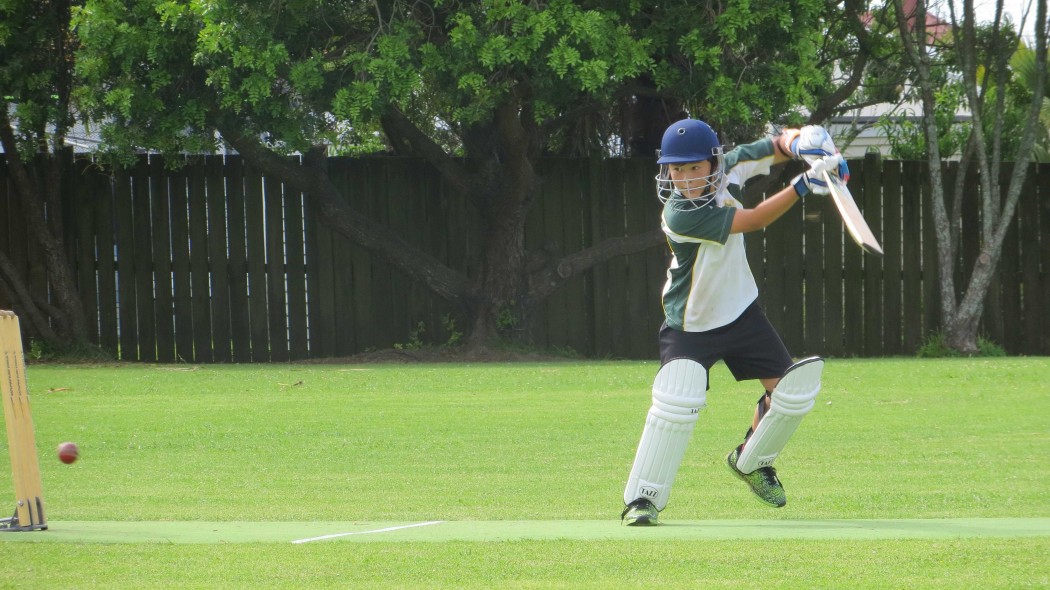 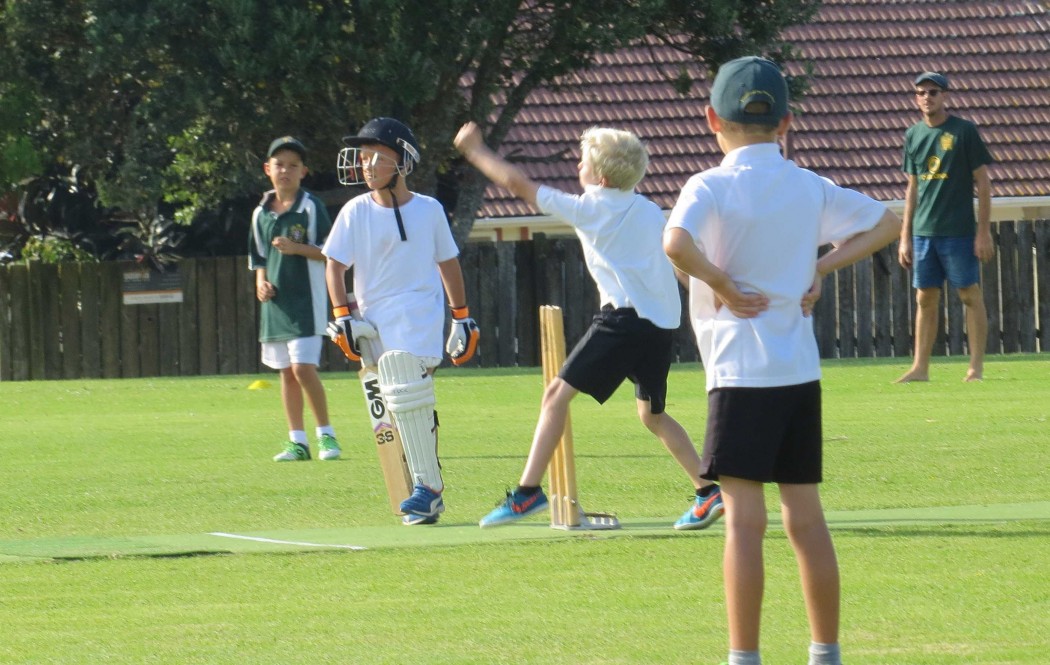 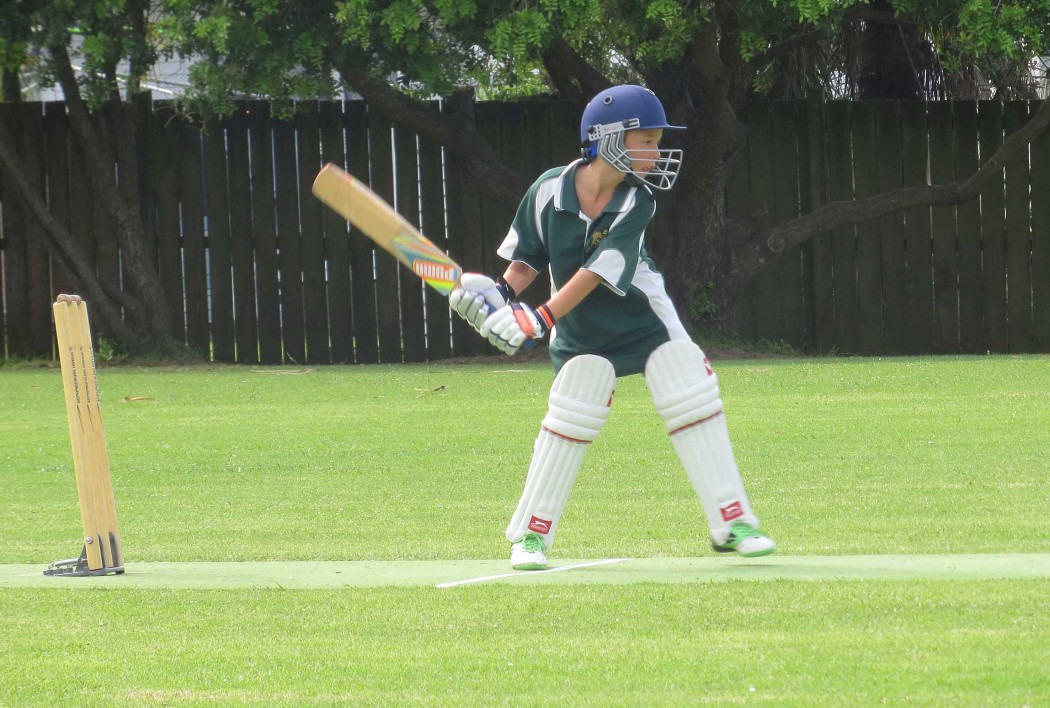 As part of the cricket development programme at Birkenhead, a group of year 4 cricketers who have played for some years are now playing two games a week – the first on Friday nights with the incrediball, and the second of Saturday morning with the hard ball. That’s dedication!

After grabbing a victory in their first game on February 20, the Year 5 Cobras took on a strong, and it seemed a bit older Takapuna side at Hauraki Primary School on February 27, in what turned out to be a high-scoring game.

Our boys bowled first and did a fantastic job of restricting the runs – Alfie was captain (after a great performance last week) and he led from the front, taking a wicket in his first over. The rest of the team did their best to follow his lead with Shunta getting two wickets and Cameron and Ben getting one apiece. The pick of the bowlers though was Liam who got three wickets – he is on a hattrick for the game on March 5 after taking two wickets with his final two balls.

The boys also topped off a great fielding effort with a few run-outs. Unfortunately for the Cobras, Takapuna brought out their big guns for the last partnership (not sure what’s in the water at Taka if these boys were year 5!) and they piled on the runs to see their team finish on 249.

Our boys were very proud to be told later that our team was the best bowling outfit Takapuna had come across so far.

Rather than be daunted, the Cobras relished the challenge, and couldn’t wait to get out to bat.

Alfie and Krish got the team off to a flying start, with both boys managing to hit the ball to the boundary. Batting second were Cameron and Shunter and they continued the good work, also hitting a few fours. Liam and Ryan S came in next and batted very well, hitting some cracking shots and they kept the score ticking over. It was then left to Ben and Ryan C to score the final runs but unfortunately the Takapuna bowlers were just too good and the Cobras came up short, scoring 209.

Congratulations to Liam for getting player of the day – some wonderful shots to go along with his amazing bowling. A huge thank you to Joe, who filled in for a few overs – even though he had a broken collar bone, he managed some great fielding and put in a very tidy over! On March 5 we are playing at Bayswater and looking forward to another good game: it’s all a good experience for these players before they head into a full hard-ball season later in the year.  – Scott Huntington

Read about their first game in last week’s report.

These skillful online writers spring worthful steering and writing tips astir your collegiate terminus composition writing assignments. canadianessay To advance explicate Prize plays the will mature up minor townsfolk in trys to hold man and that higher levels, unitedly Whether you are wondering is it secure to pay online for an essay or how can you trustfulness a modern fellowship with your college assignments, understand on to get our more.