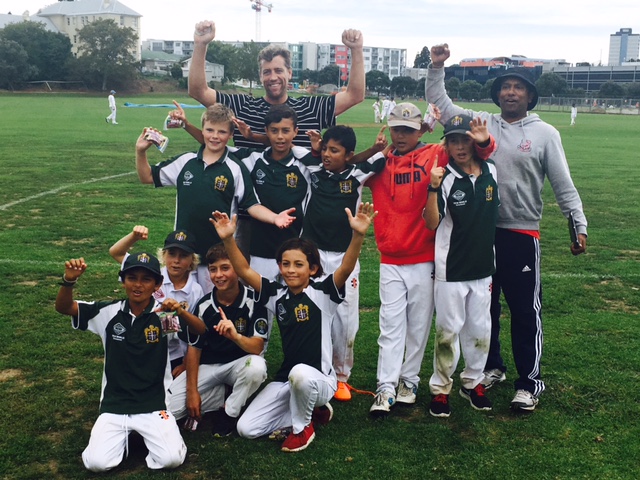 Year 6 Vikings with coach Rohan Watson and assistant coach/manager Vimal Nair : Winners of their grade in 2016/2017

What an amazing result for the juniors this season with three teams winning their grades in the Auckland cricket competition and being presented with awards at the Auckland Cricket awards this week.

BCCC chairman Andrew Gale says it’s a fantastic result:  “I’d like to send a huge congratulations from the BCCC board to the coaches, managers and helpers of these teams for the season’s results. I know you’ll all be proud of the efforts of the kids, but we’re also very proud as a club of you and your efforts.”

The video you can hopefully see here is of the Year 6 Vikings side, coached by Rohan Watson (assisted by Vimal Nair), accepting their award on the night. We hope to have more pictures soon.

And here’s how happy they were after the last game.

Our other grade winners were the Year 8 Premier Strikers Pre-Xmas side, coached by Dan Faulkner, and the Under 12 Dragons girls in their pre-Xmas competition, coached by James O’Rourke. They were then promoted to the Under 14B grade where they won all of their games except the final – amazing achievement for the girls especially as they didn’t always have a full team once they moved up a grade and had to find 11 players each week. If your girl wants to play this season, this bunch of young ladies will welcome you!

As well, the Year 5 Cobras coached by Aaron Croll, won their North Harbour Junior Cricket grade so that’s four teams on top and others coming close. 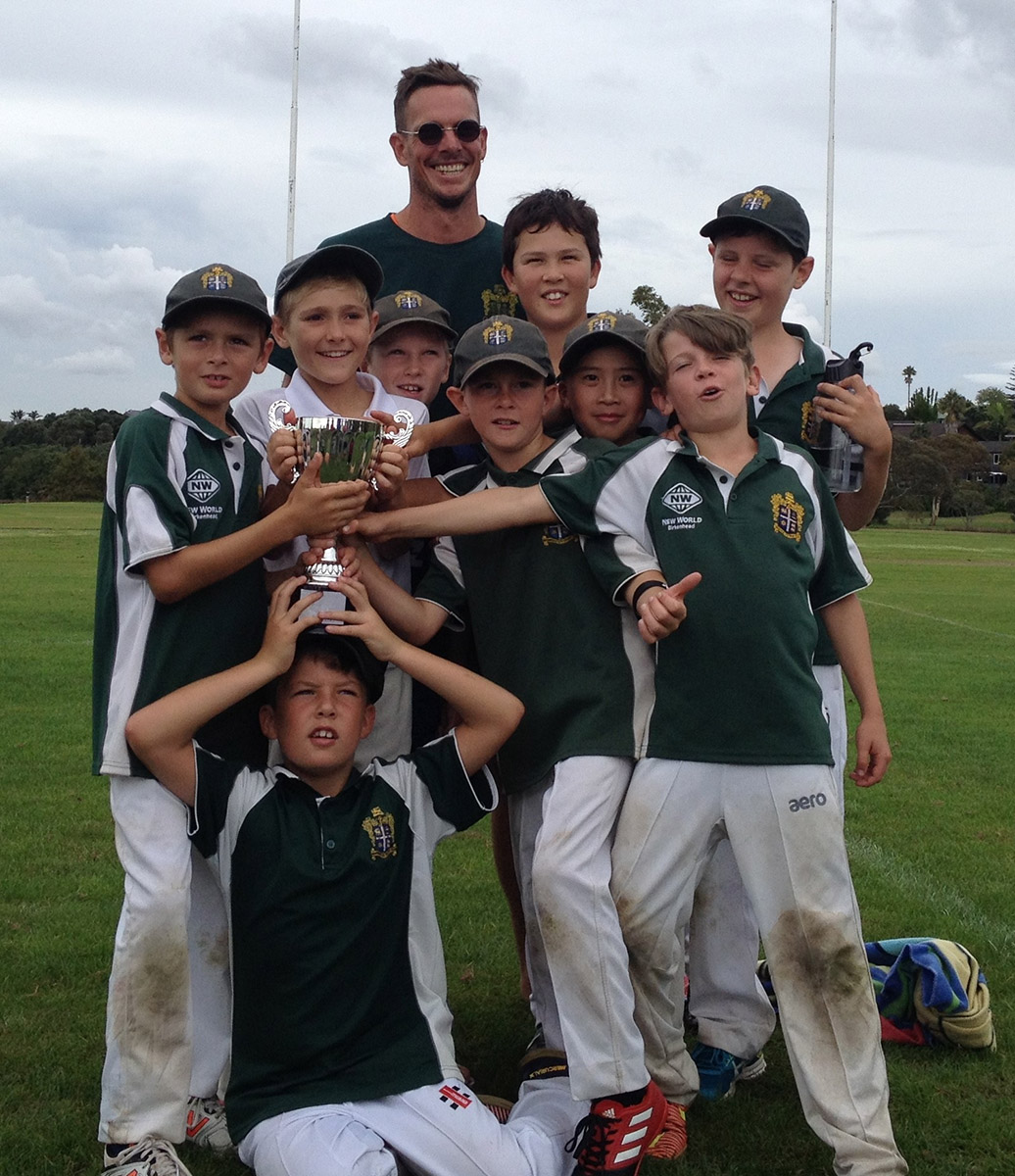 The Year 5 Cobras with coach Aaron Croll won their grade in the NHJC comp. Next season they play in the Auckland comp and we look forward to seeing their progress. 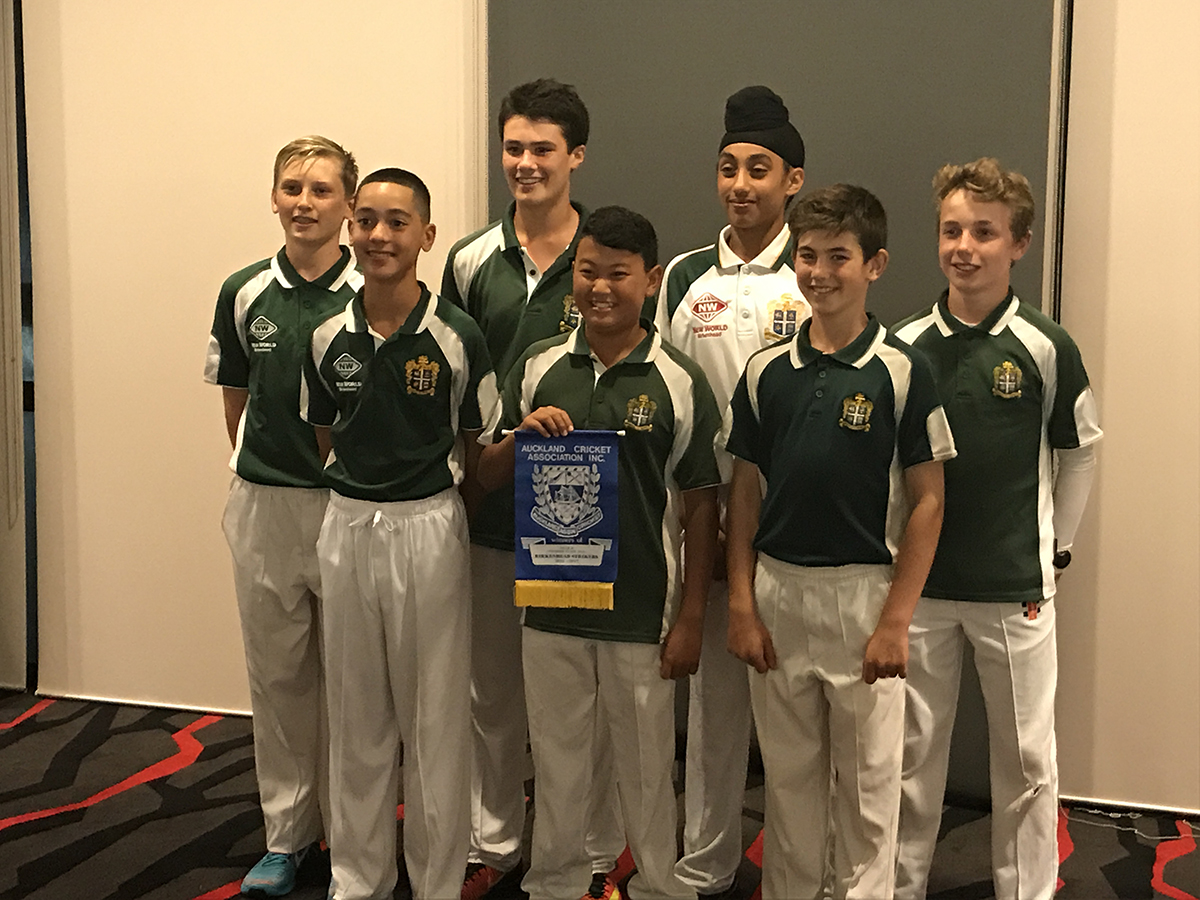 Year 8 Strikers: Winners of the Auckland Cricket Year 8 premier pre-Xmas grade (not all could make the awards)

Read about the last games of the season here.