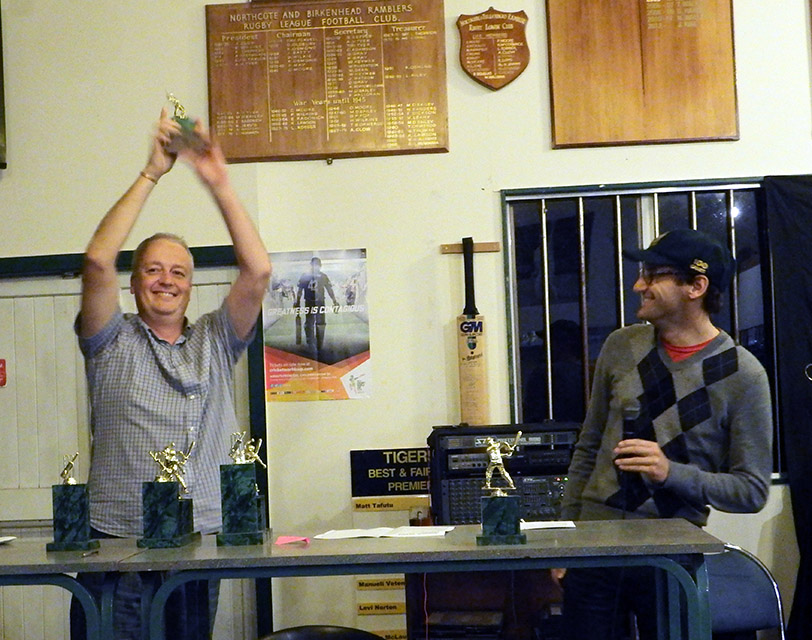 Paul Rainey aka Rainmain aka Irish, celebrates his release from 10 years of club duty. 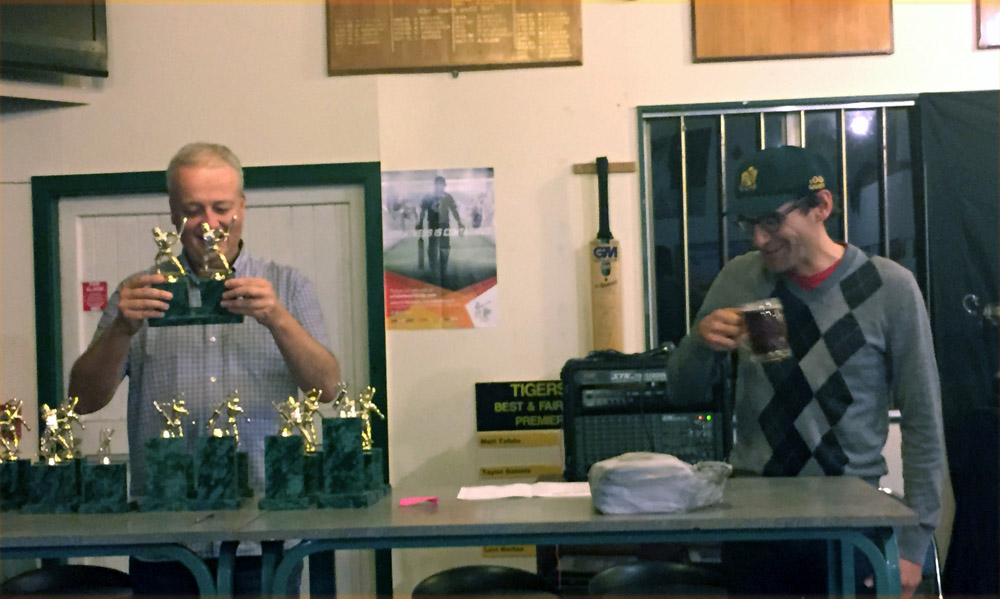 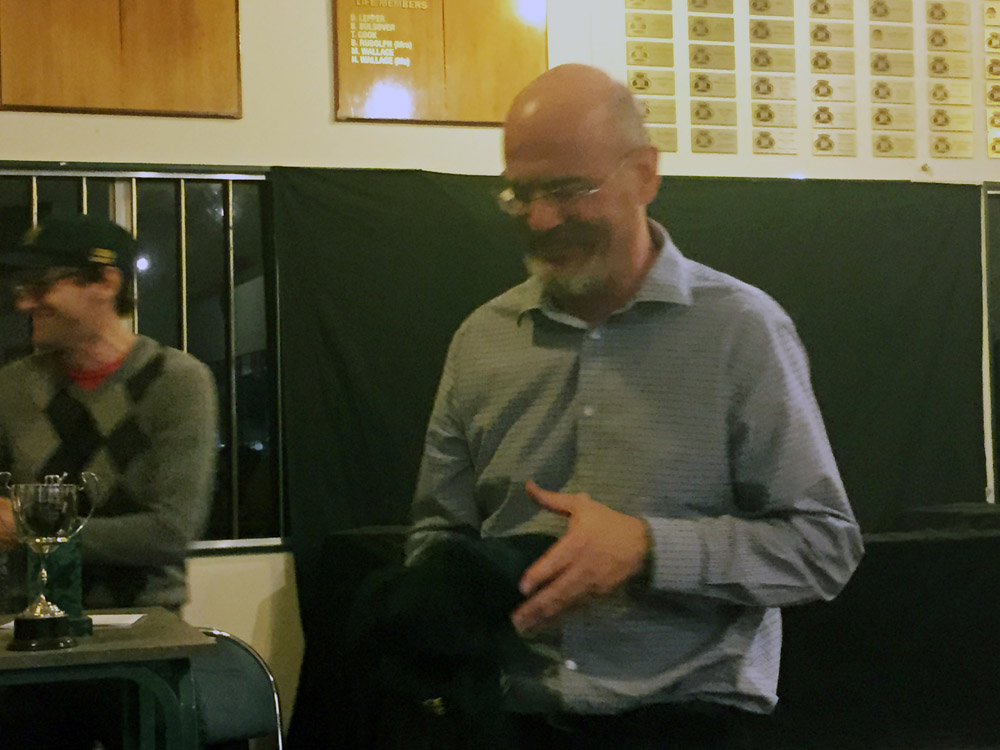 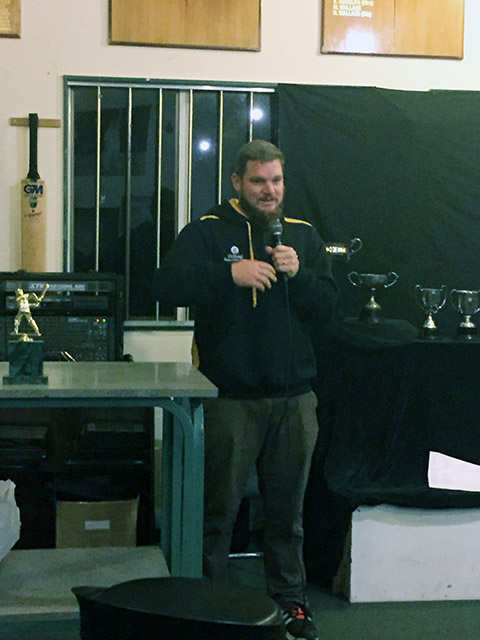 Jono Whorwood, captain of the A1s, goes all hipster lumbersexual in the off season. 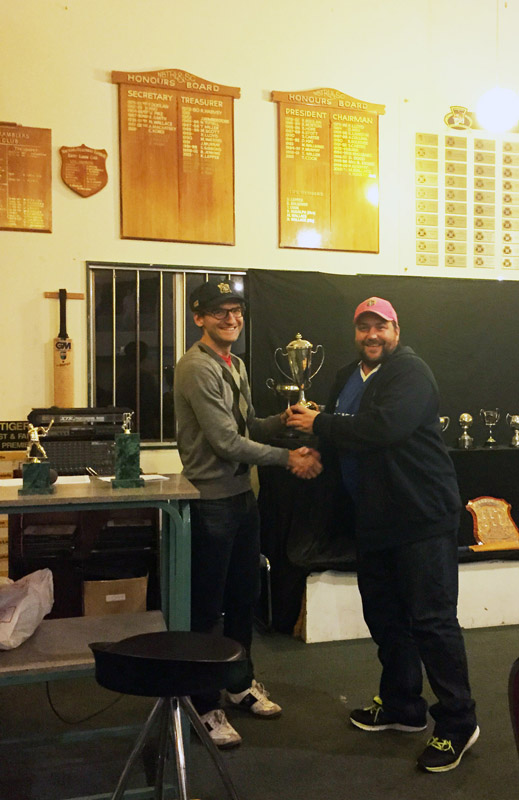 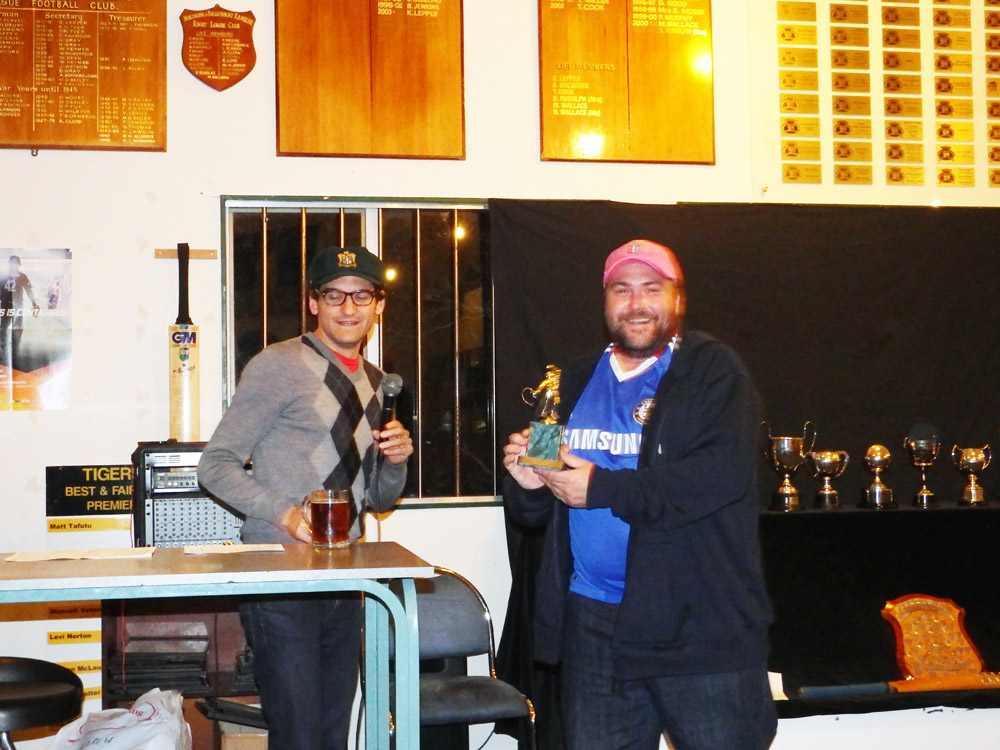 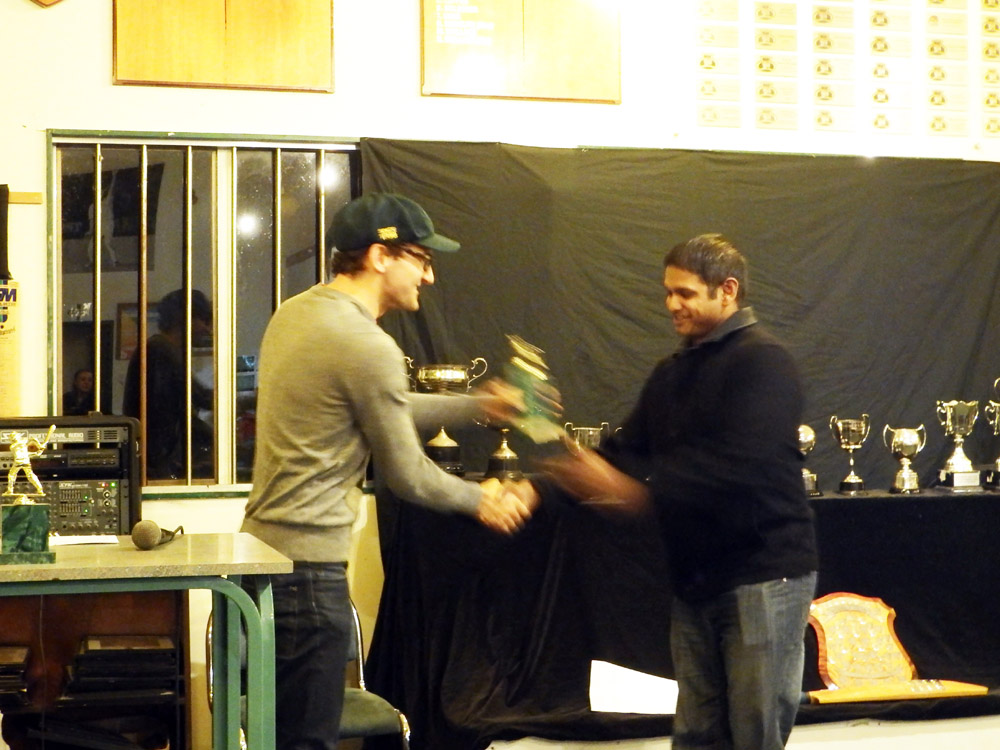 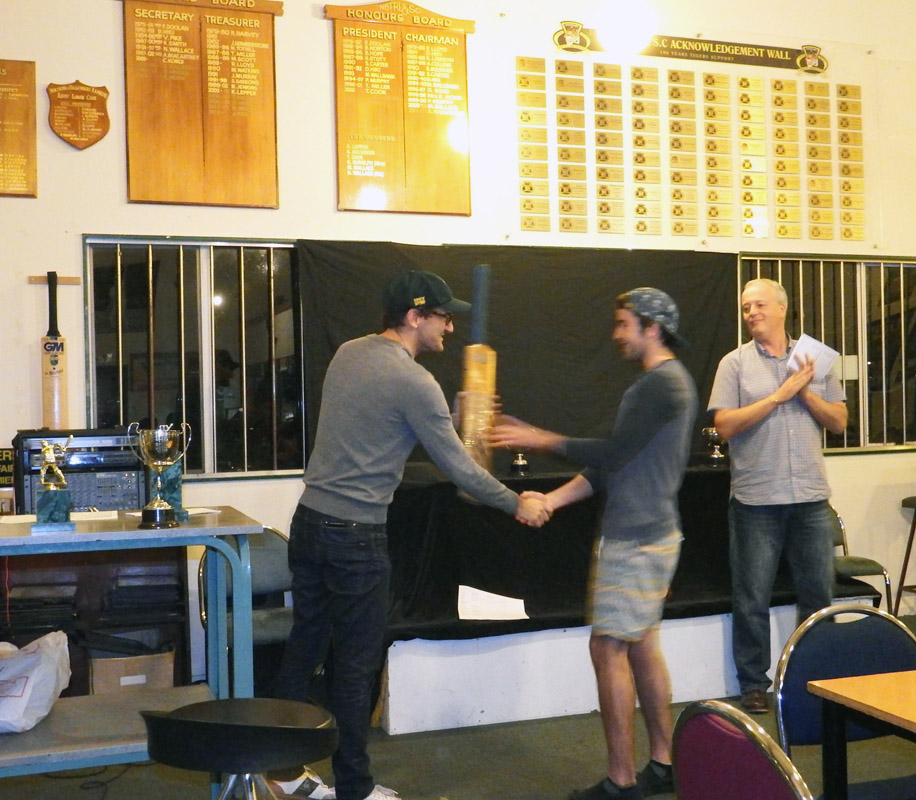 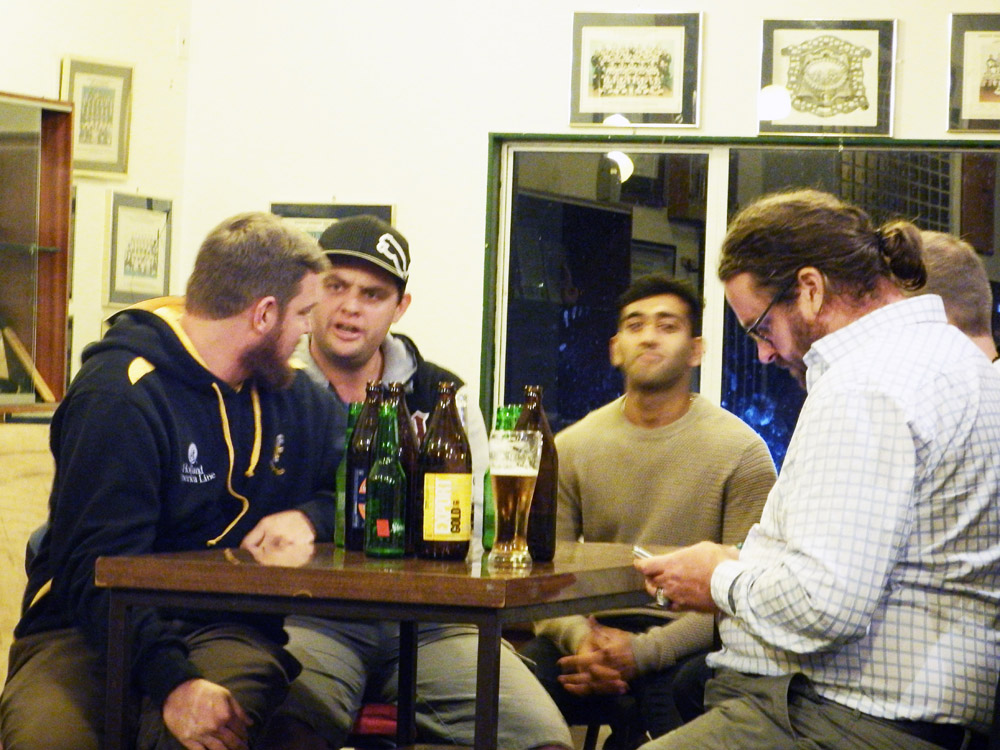 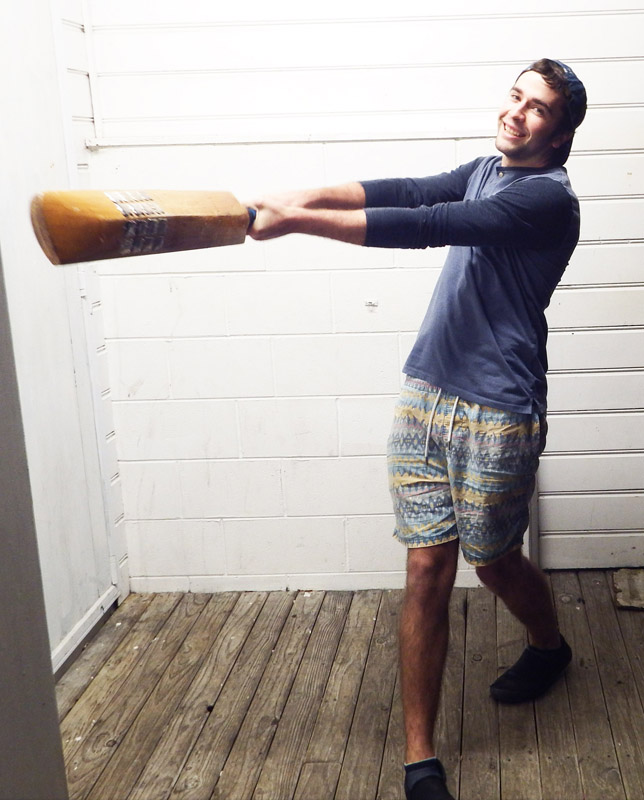 Dylan Steyn.... liked this shot. He won the cup for the best two day batting aggregate with 503 runs. 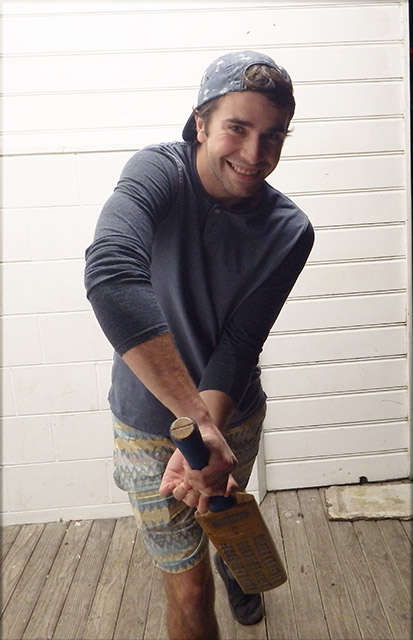 Not so keen on this shot usually but with 503 runs and five 50s this season, who is to argue with Dylan Steyn's approach? 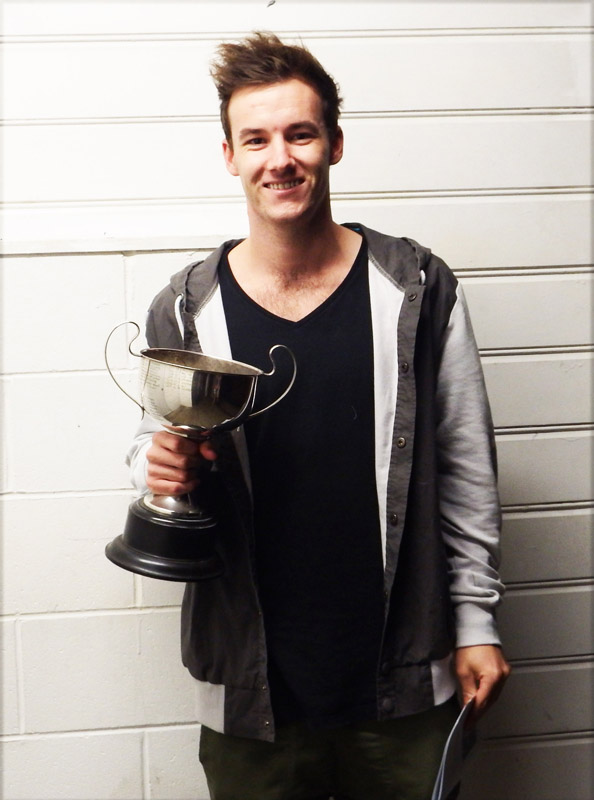 Jeremy Houghton who played both A1s and Prems won the most promising two-day bowler. 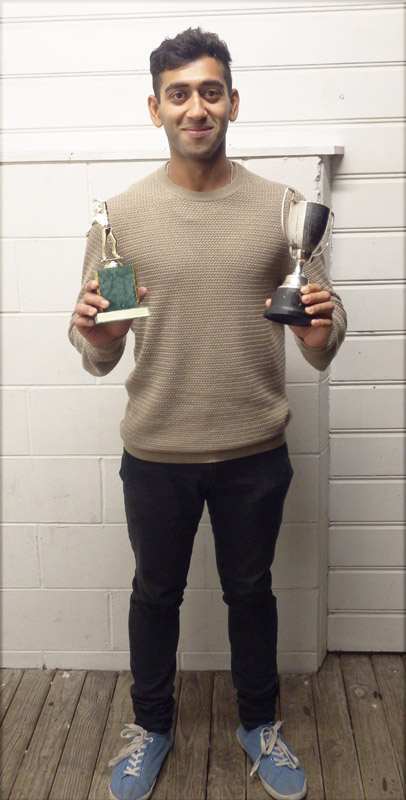 Rutvik Botadra took 32 wickets for the Prems this season and won most improved by virtue of the fact there was never any doubt this season of him not being in the prems. His average was 20.22 and best was 6/37. 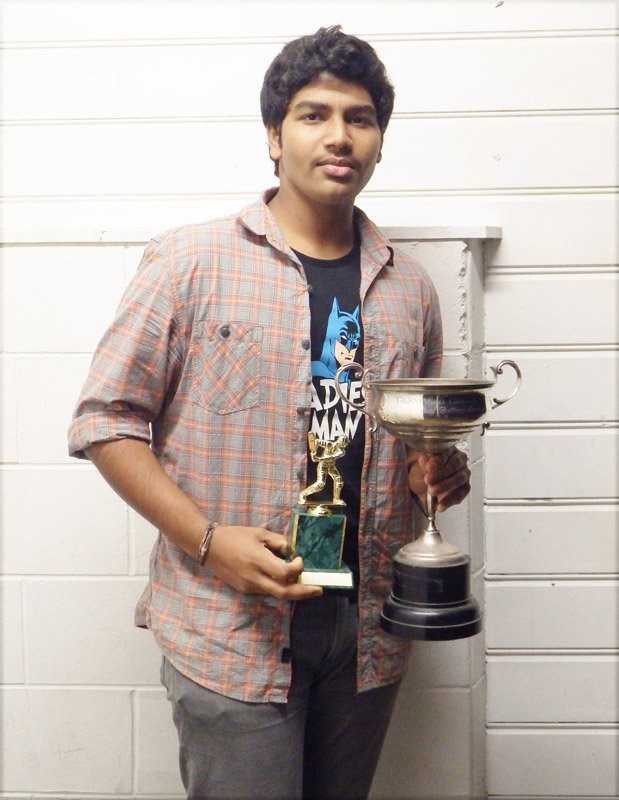 Sai Karnan was a century maker this season for the 4Cs and averaged 50.43 from 8 matches.

Elliott Molesworth showed he's still got it by taking out best bowler for the 4as with 30 wickets and a SR of 19.2. 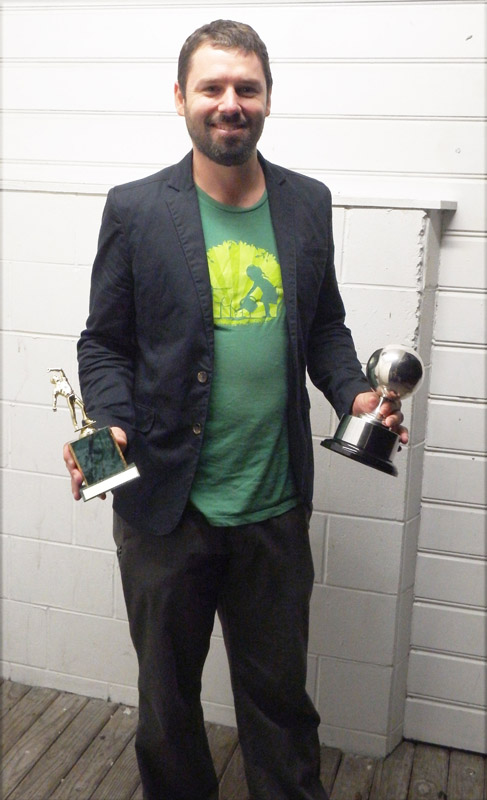 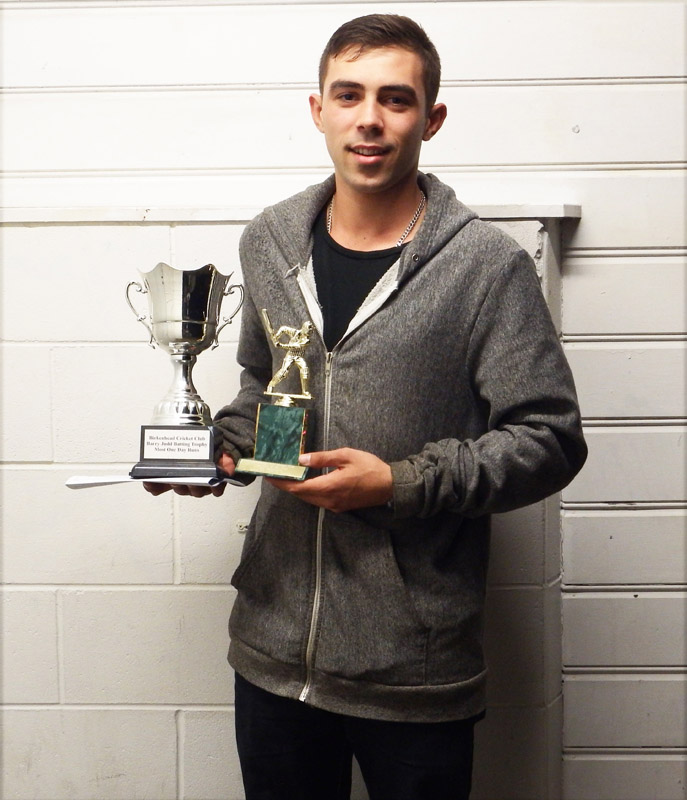 Neil Molesworth played in the same team as his dad despite pleas for him to play higher... and scored 501 runs at an average of 45. 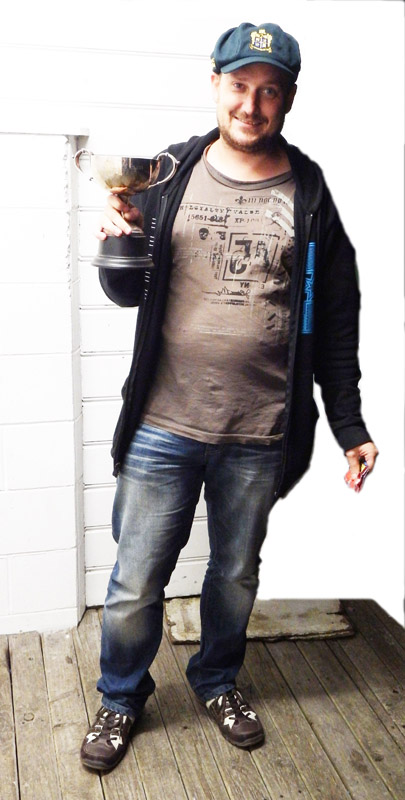 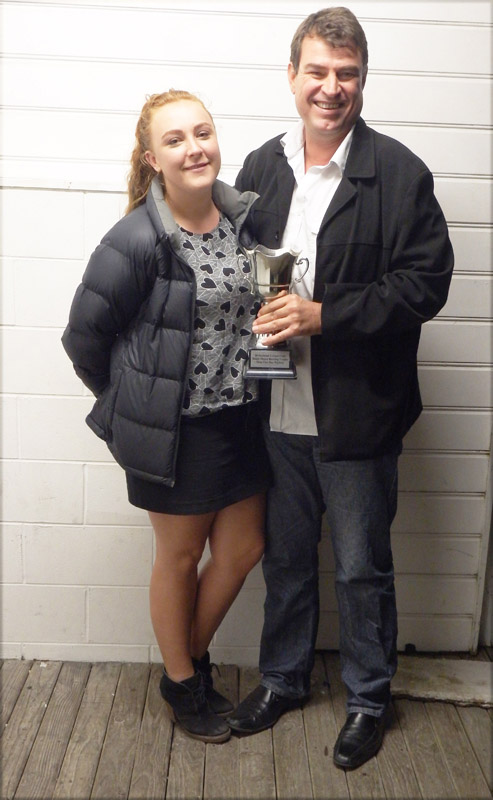 When Cecelia Molesworth came to prizegivings when she was younger she used to collect her dad's trophy for him. 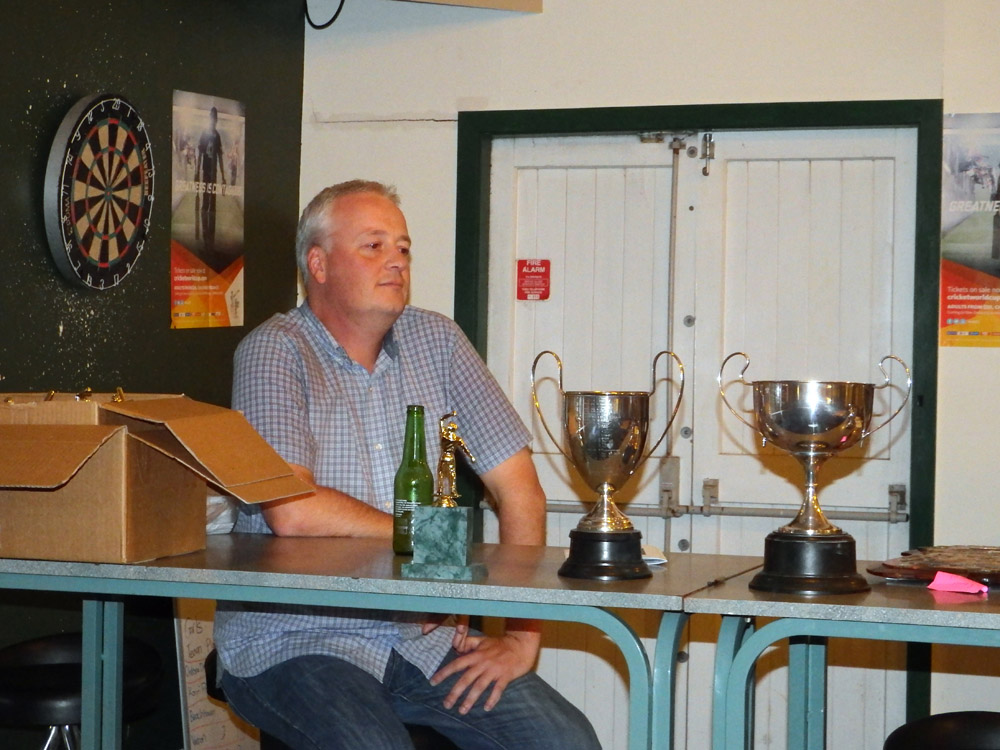 Time for Paul to get pensive. 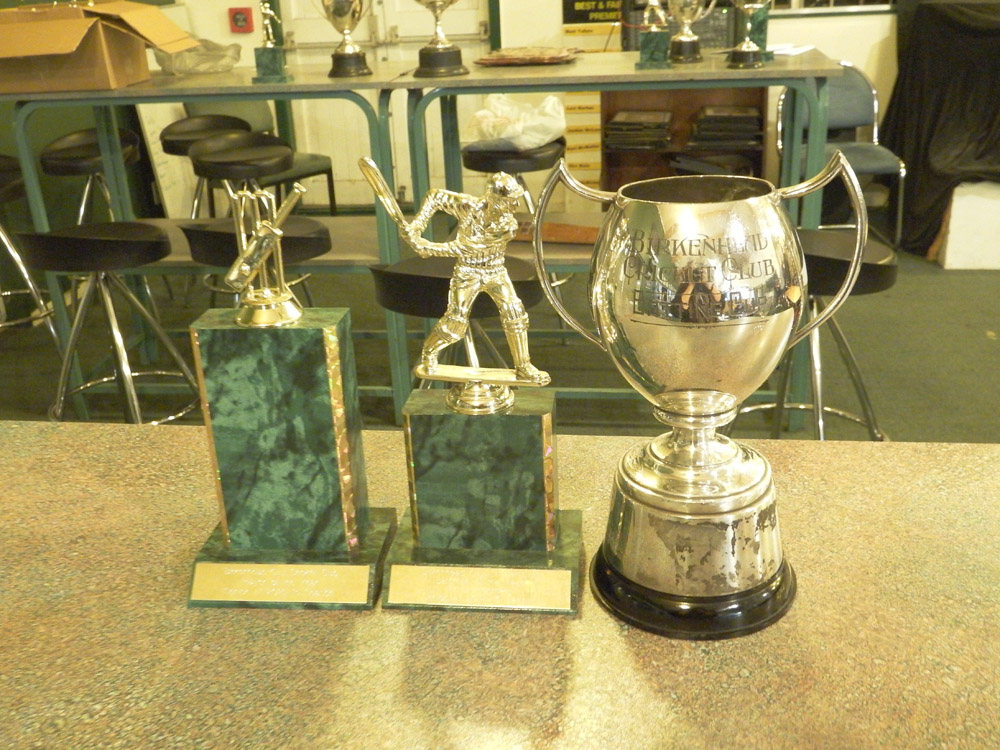 Nic Montgomery is playing cricket in UK, but took Best A1 batsman, shared best A1 player with Simon Rajwer, and won the cup for the highest two day batting average. 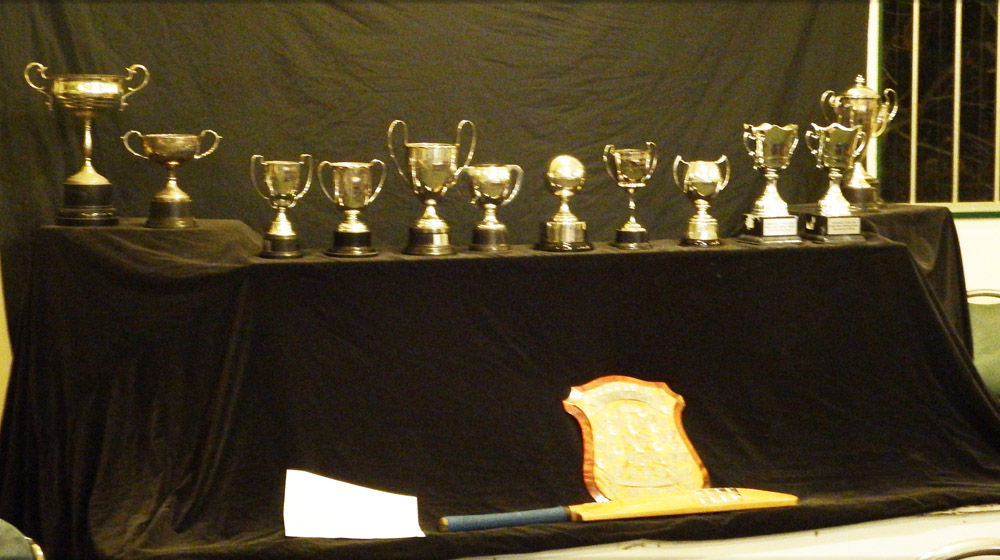 All there in black and white... 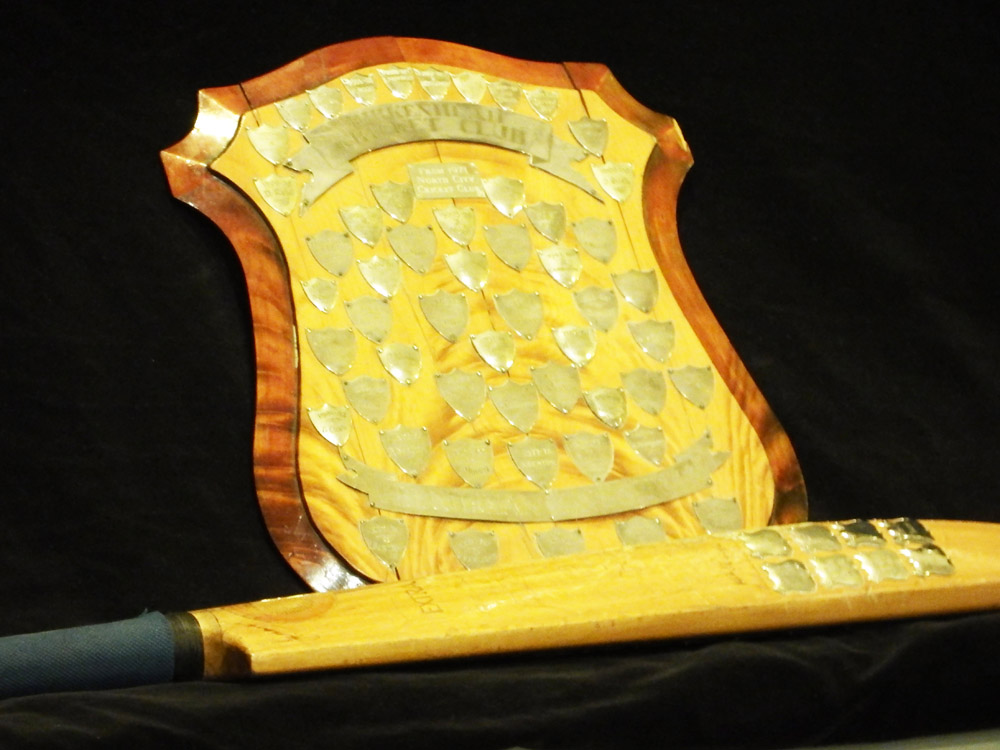 Prizes and goodbyes at BCCC

All senior sides made the effort to be represented at the prizegiving on May 1, although it was a fairly quiet affair this year with a number of players overseas.

Many present had played 100 games or more of senior cricket, but at the same time there was a good mix of young talent coming through.  Steve Thompson of the 4as was awarded his 100th cap. His son Daniel also plays in the side. In the same team, former chairman Elliott Molesworth jostled with his 19-year-old son Neil for the team’s top awards, with Neil taking the batting prize and Elliott the bowling.

The 2014-15 season was pretty mixed for senior cricket at Birkenhead. While the Premier side, coached by Neil Fletcher, was delivering its best performances in decades to finish third in the Hedley Howarth two-day competition, the Senior A1s were fighting to be promoted to Reserve status again after the previous season’s disastrous demotion.

The lower one-day grades started the season with four teams and ended with three after a squad of 42 players across two teams (B1s and C2s) collapsed to a core of nine regulars, forcing the withdrawal of the C2s. That’s a lot of cricket gear sitting in the basement this season that didn’t get used. If you know a whole team that wants to come and join our great little club – invite them now for next season. We’d love to grow our senior numbers next year. In 1990 we had eight. This year we had five.

It was announced on prizegiving night that it was also the end of an era for the most dedicated of board members, Paul Rainey, who after 10 years on the board as the senior operations director has retired from his post. “Ten years is a long time to be a volunteer,” said club chairman Andrew Gale. “Paul has put in a lot of hard yards over those years and is a huge loss and won’t be easily replaced.”

Paul still intends to keep playing, and with stats this season of 20 wickets at an average of 14.90, and a batting average of 28.90 (260 runs from 11 matches), there’s no doubt there’s plenty left in the tank. In fact Paul, better known as a bowler, provided one of the batting highlights of the season with his blitzkrieg on January 31, scoring 88 off 46 balls.

Andrew emphasised that Paul’s departure means there is a gap on the board that does need to be filled asap. Although the AGM is not until July, the senior operations director would be working on bits and pieces well ahead of then so if anyone has any ideas or would like to volunteer for this critical role please contact Paul or Andrew.

The best club contribution (the Norm King* Shield) went to Ronak Mahant who, despite shattering his thumb in the first game of the season, stuck with his team, the Senior B1s, for the whole season, managing the team brilliantly. He returned to play the last game of the season and showed the true meaning of “great club man”.

The 110% Spencer Day Memorial award went to a player in the same team, Jeremy Holford. With 6 turns at bat and three not outs you’d be banking on a reasonable average… but the small matter of not scoring a run all season cost him dearly…

The full team write-ups will be uploaded later this weekend once the web editor receives them. In the meantime, here are the team awards:

* Norm King was a local MP from 1954 to 1975 and a Patron of Birkdale and Birkenhead Cricket Clubs from 1957. He regularly attended club functions and believed that clubs make a contribution to the welfare of the community. 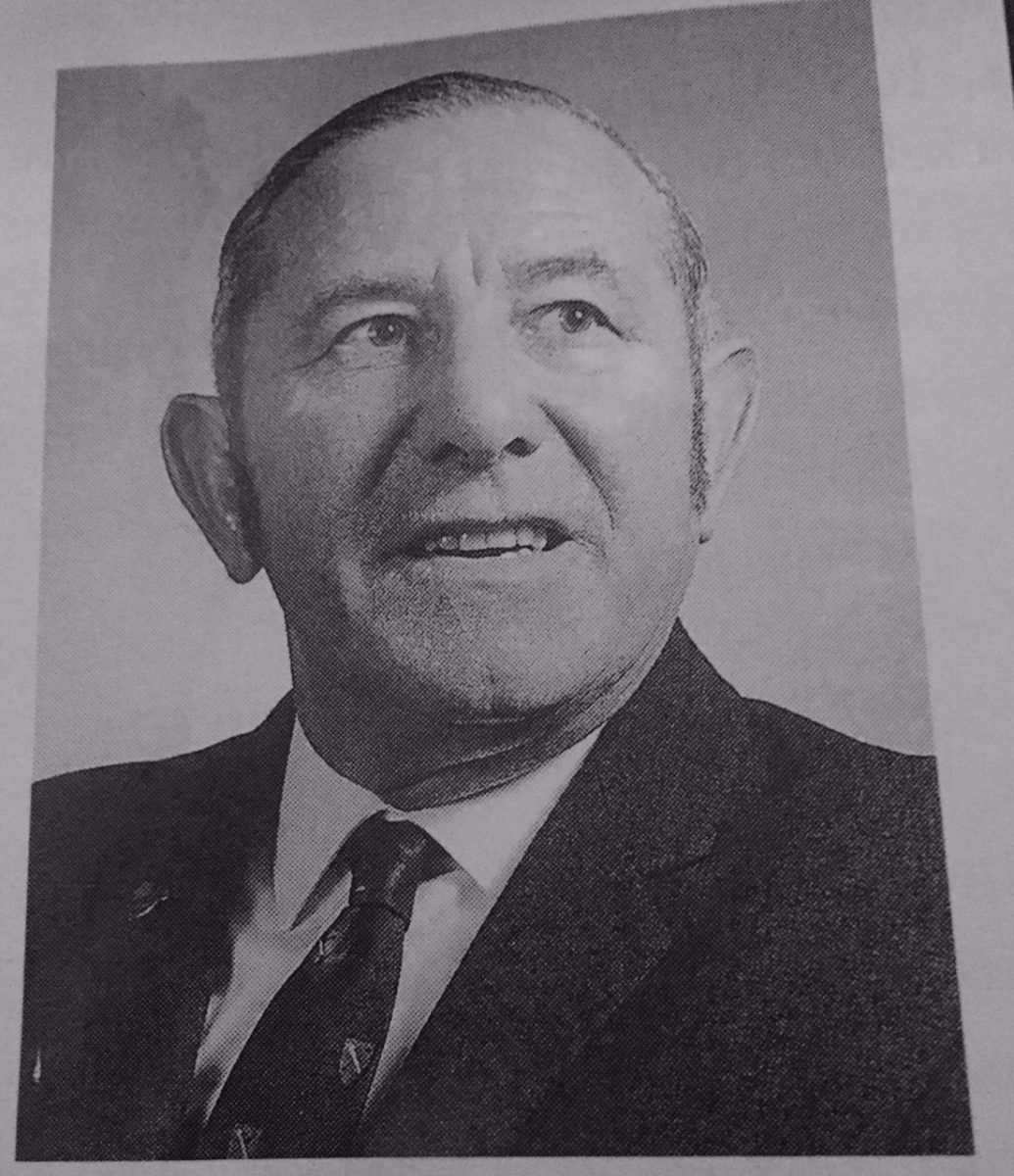 Mr Norm King, whose name is attached to the club shield awarded to the most valuable club member each season.