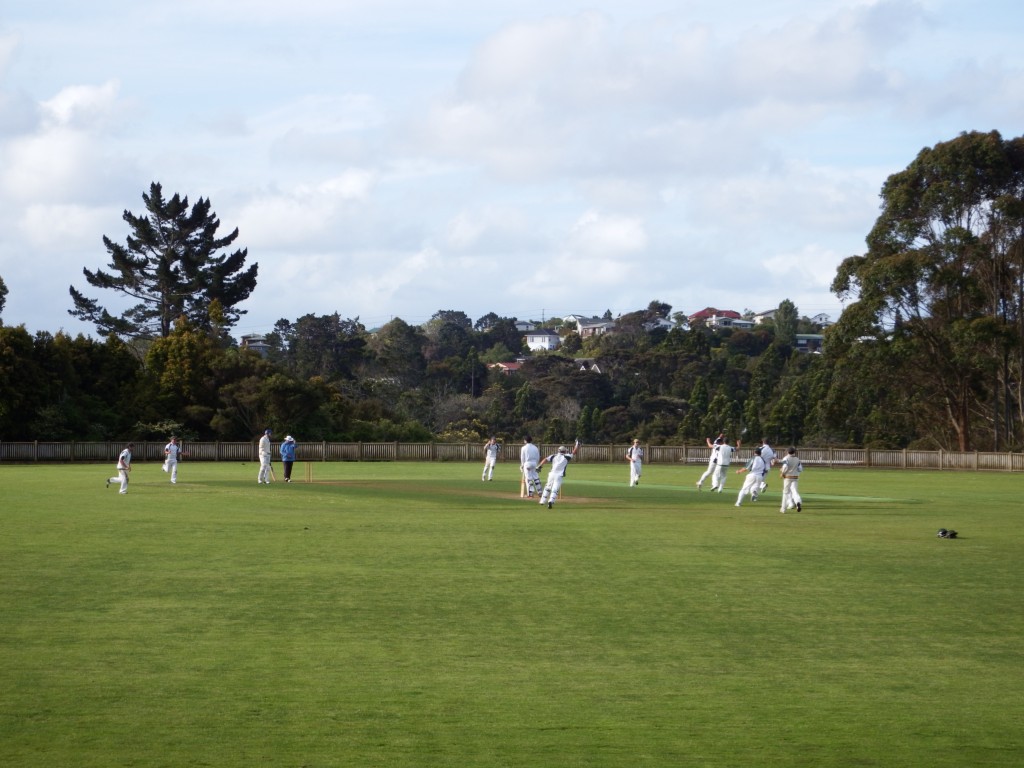 The Birkenhead Premier Men’s team has gone to the top of the two-day Hedley Howarth championship points table after a remarkable first innings victory against reigning champions Suburbs New Lynn.
Suburbs won the toss and asked the hosts to bat first on a green seaming wicket after plenty of rain during the week. Rob McConnochie fought hard for 93 minutes to see off the new ball, and deny Darren Eckford, last season’s top wicket taker.
The Birkenhead batsmen played with positive intent after the lunch break, with veteran Terry Crabb leading the way with a fine 74 no. Aaron Jeavons continued his good form with 36 batting at a difficult time, but it was former Indian first-class player Akash Christian who stole the show. “A.K.” struck 72 n.o. at better than a run a ball, to build a healthy total of 213 for 5 before the rain came on Saturday afternoon.

Being a Saturday/Sunday game, overnight rain delayed the restart until 1.30pm, and Birkenhead was only permitted to bat a further 24 minutes. They could only manage a further 24 runs, leaving Suburbs 238 to get from a minimum of 63 overs left in the day.

Suburbs have a quality batting line-up, with Aces player Jeet Ravel, Michael Barry, Jonathan Bassett-Graham and Luke Dudman all proven quality players. But they couldn’t overcome a quality spell of bowling from Birkenhead’s Rutvik “Rudi” Botadra. Rudi dismissed Barry, Ravel and Bassett-Graham in a skilful spell of seam bowling, finishing with the superb figures of 6 for 37 from 21.1 overs.
Ryan Walton, on debut, got the key wicket of Dudman (41) when Suburbs were 7 down, and then dismissed Presland for a golden duck the next ball. Fittingly it was Botadra who took the final wicket, to bag first innings points for the team. Suburbs were all out for 143, a fantastic effort by BCCC considering three of our regular bowlers are out injured.
Birkenhead look to continue their good form of late when they face local rivals Takapuna at Onewa Domain over the next two Saturdays.
See scorecard here.
Photos to come on Monday.