Congratulations to the following Birkenhead City Cricket Club boys who were named in North Harbour representative sides to play at the upcoming Auckland District Tournaments. 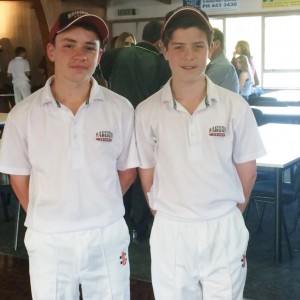 Luke Lyndon and Nick Hazeldine were named in the Year 9 North Harbour side.

Congratulations boys and good luck with the tournaments.

If anyone else has pictures of any of the boys above being capped please email them to montywrites@vodafone.co.nz