What a season for the Have-a-Go (years 1 and 2) and Kiwi grades (years 3 and 4)! Building on the success of the Cricket World Cup of 2015, and the increased interest in cricket, a lot of hard work went on behind the scenes to grow the number of young cricketers at the club. The result was a 100% increase in the number of children playing cricket at this level – a huge achievement.

After some discussion, we moved to Friday night cricket for this grade of cricketers which was very successful and it also meant that some of the year 4 children who we felt were ready, could play hardball in a new team on Saturday mornings for the second-half of the season.

It was a great atmostphere at the club on Friday nights and we believe it was the right move. While early on in the season it could be described as organised chaos, as everyone got the hang of things it wasn’t long before the games, barbecue and tuckshop were ticking along pretty smoothly.

We cannot thank the parents and caregivers who helped us out – through coaching, scoring, managing and generally cheering each week. We really mean that we could not all do this without you. Cricket is a volunteer sport and all the people associated with the club are volunteers, aside from the manager, and your help through the season is so appreciated.

Unfortunately, due to the positioning of the stage in bad light on prizegiving day, the webmistress did not get everyone’s photos and lots of them aren’t great quality. Apologies for this – we moved the stage into the light for the juniors and will live and learn! Also if you would like to add your child’s name to their picture please copy the picture and email to denisemontgomery.cricket@gmail.com 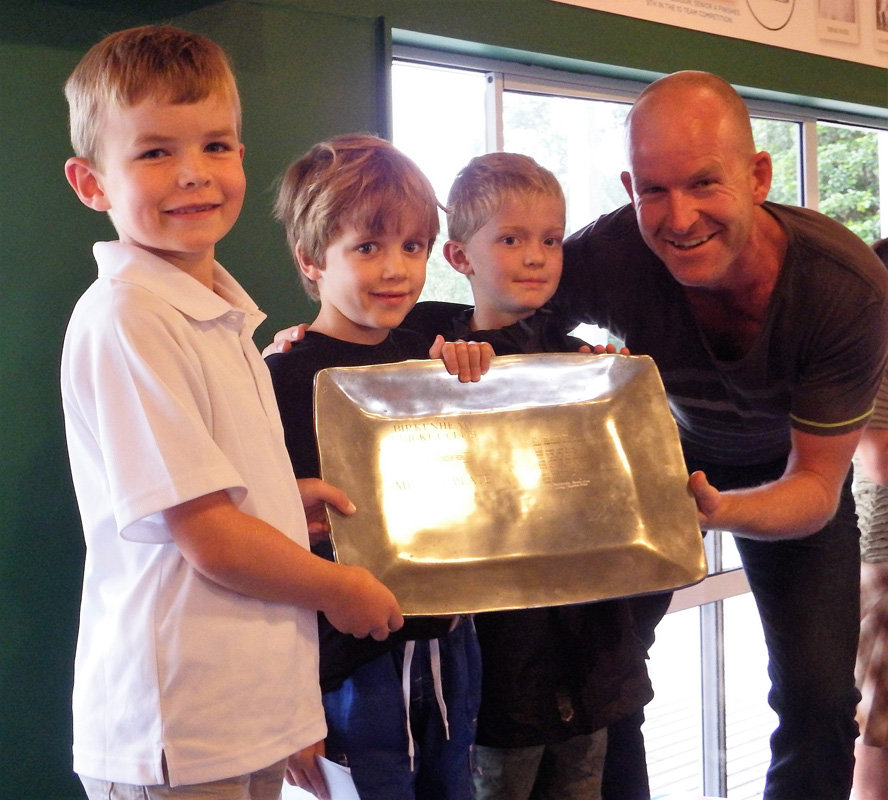 SOME OF THE HAVE-A-GO GRADE WINNING LIONS, WITH MANAGER NATHAN KOPPENS 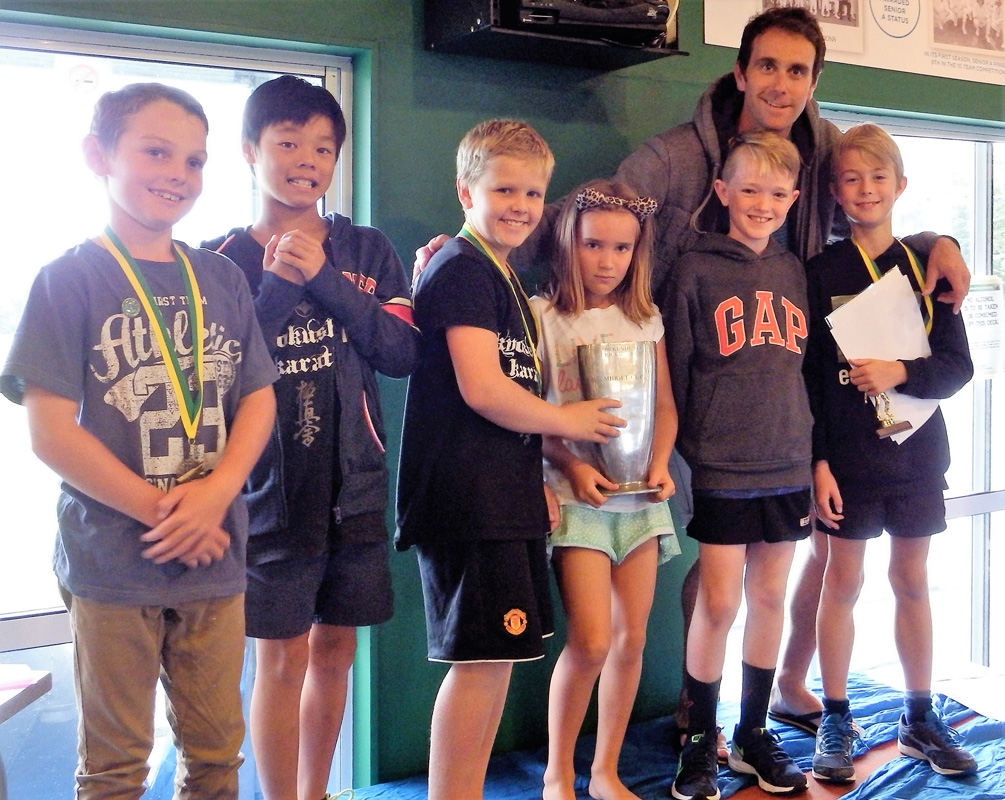 THE KNIGHTS, WINNERS OF THE KIWI GRADE, WITH COACH TIM REID

This season the Have-a-Go plate was won by the Lions team (coach Reuben Price).
The Kiwi cup went to the Knights (coach Tim Reid) 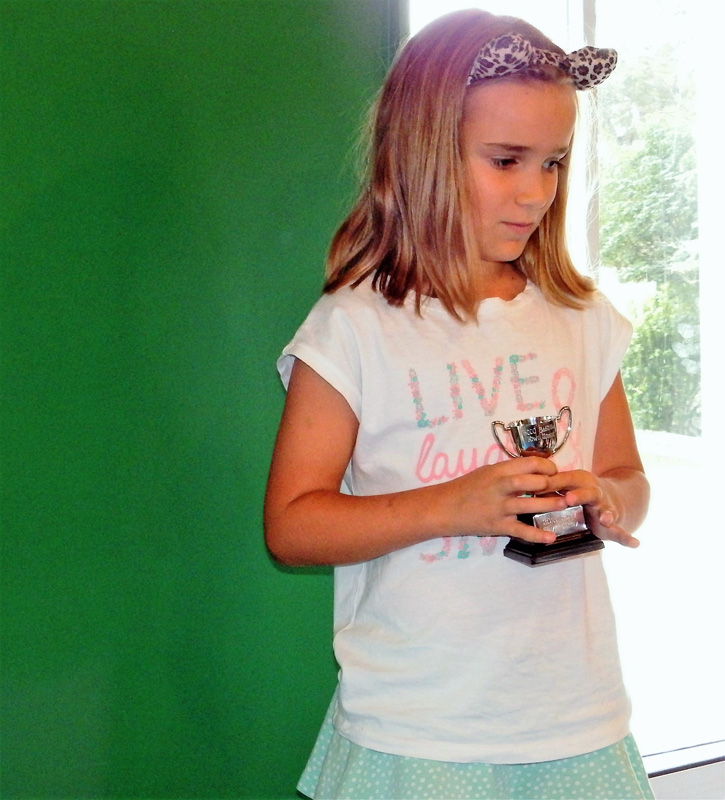 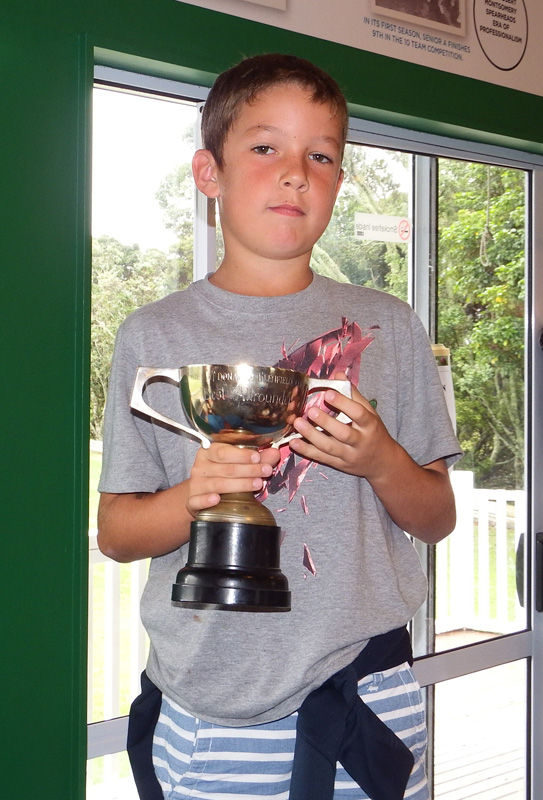 All the year 3 and 4 reps got a medal for taking part in the first interclub competition for this age group. 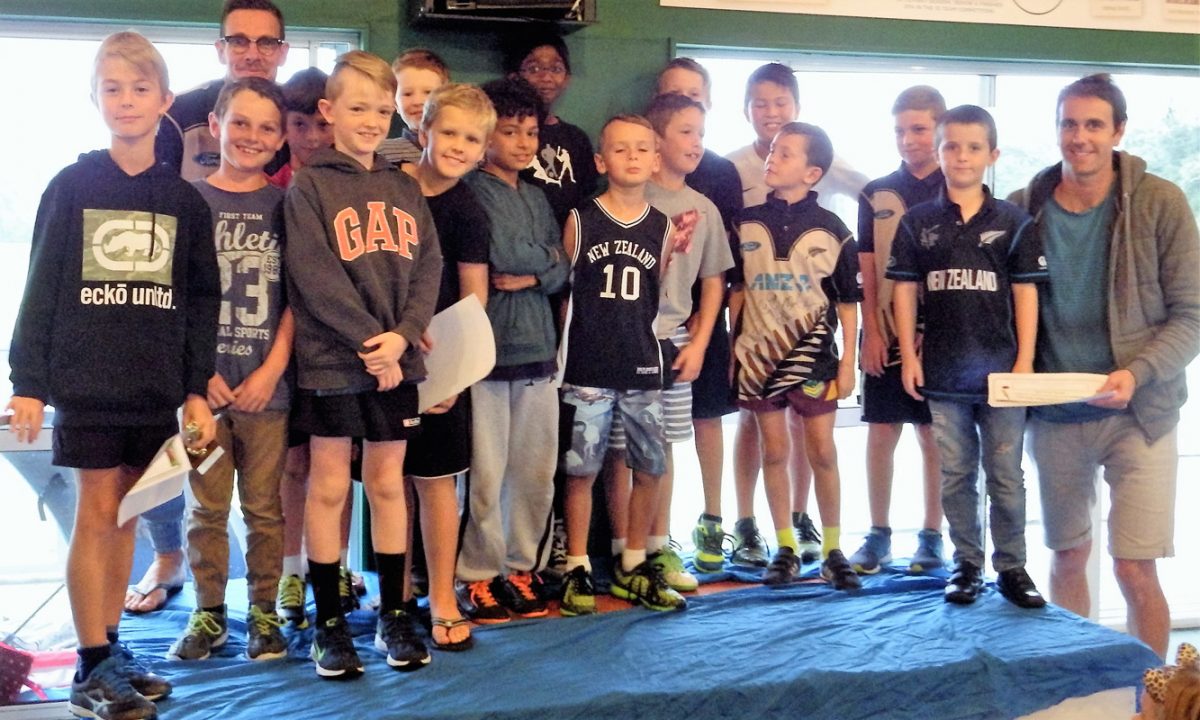 The Felix Prescott award goes to the young player who embodies a passion for cricket, while at the same time playing in the spirit of the game. It may not be the best player in the grade, but it is a player who is passionate, hard-working and supports his/her team mates. Felix Prescott is a young Birkenhead cricket who sadly died in a car accident. His parents donated a special trophy to the club in his honour.

This year’s winner of the Felix Prescott Trophy is: Ricco Howarth

Click on an image below to bring up the gallery from the Have-a-Go and Kiwi prizegiving.

Sabina Croll gets a hug

Flowers for the midget and club manager

Oh no, the cricket season is over!

Morgan of the Aces

Morgan and Liam of the Aces

The Lions won the Have a Go grade

Lachlan Carey: Best Have a Go All rounder