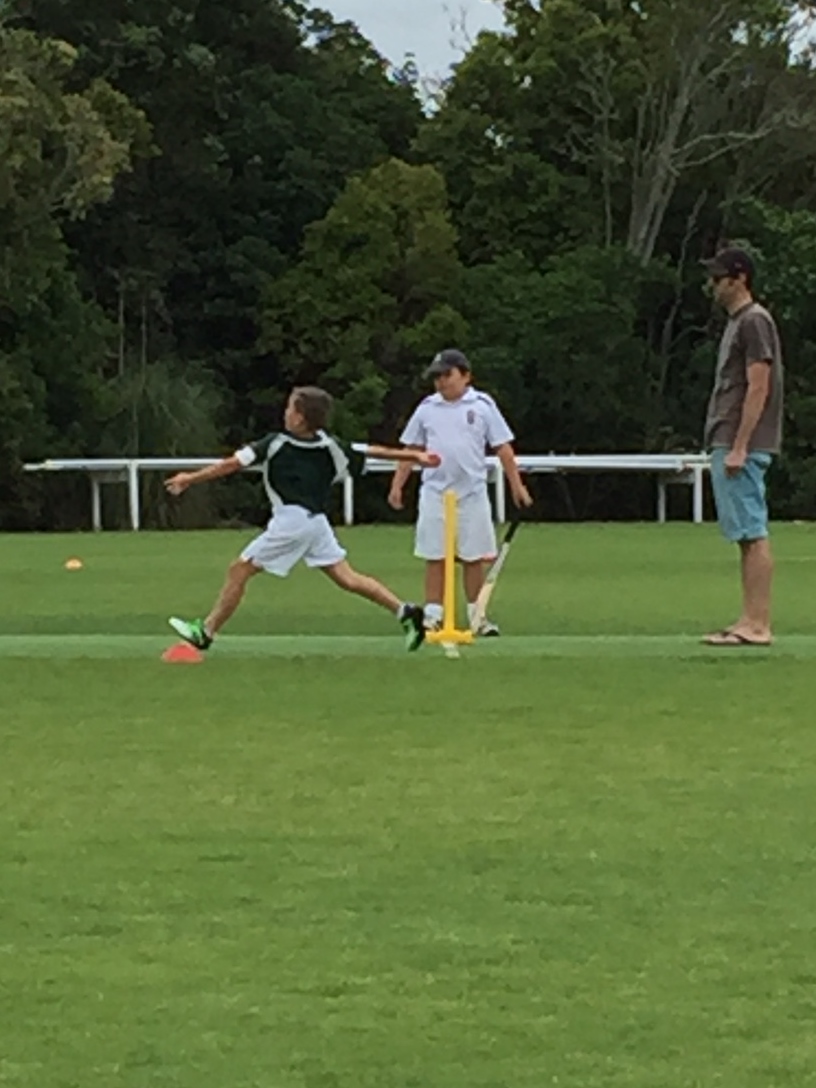 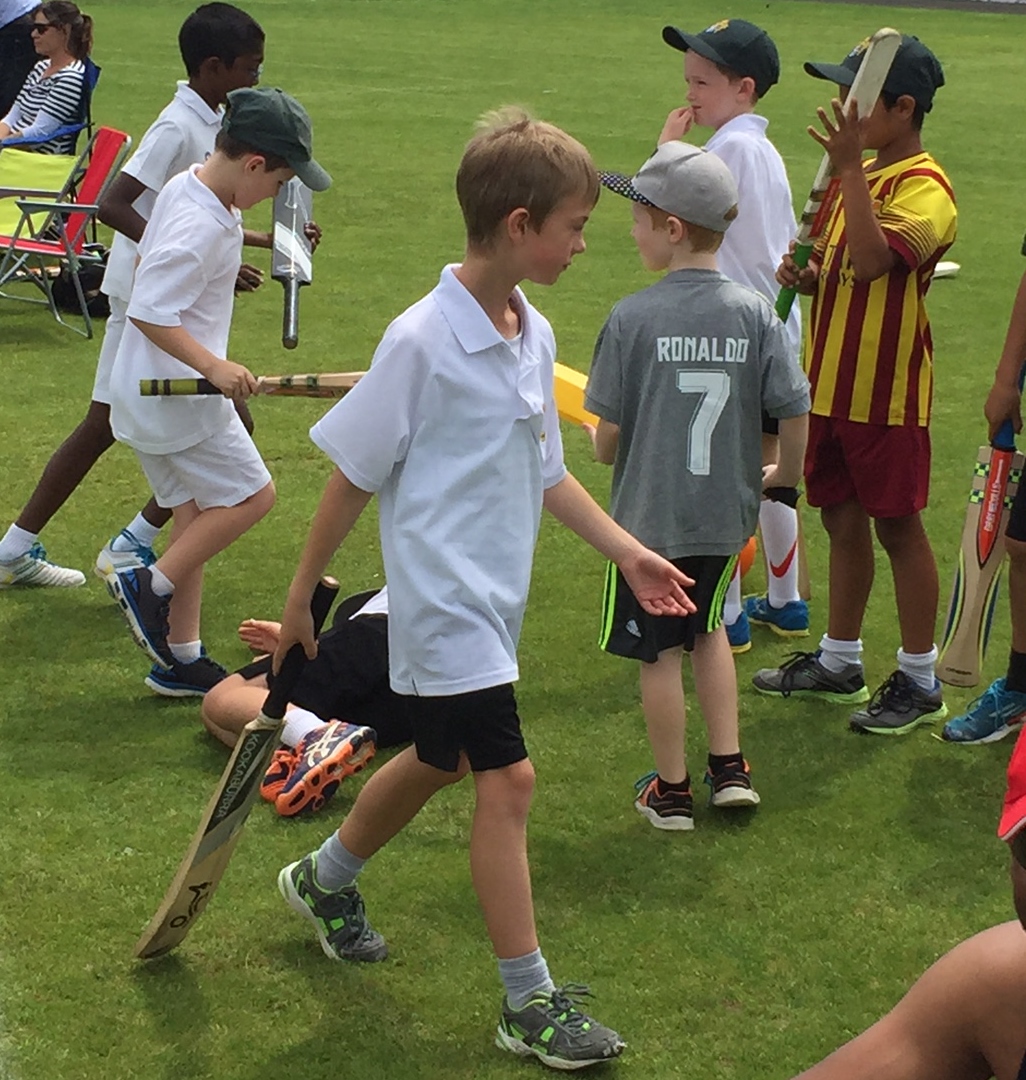 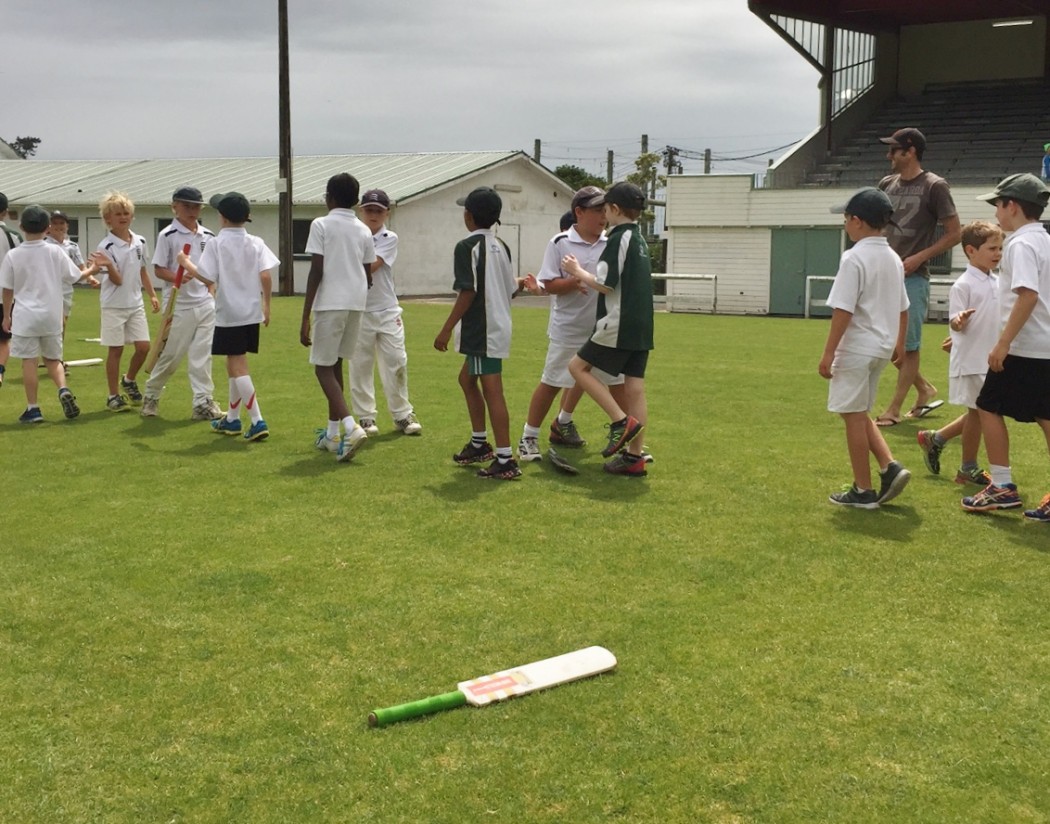 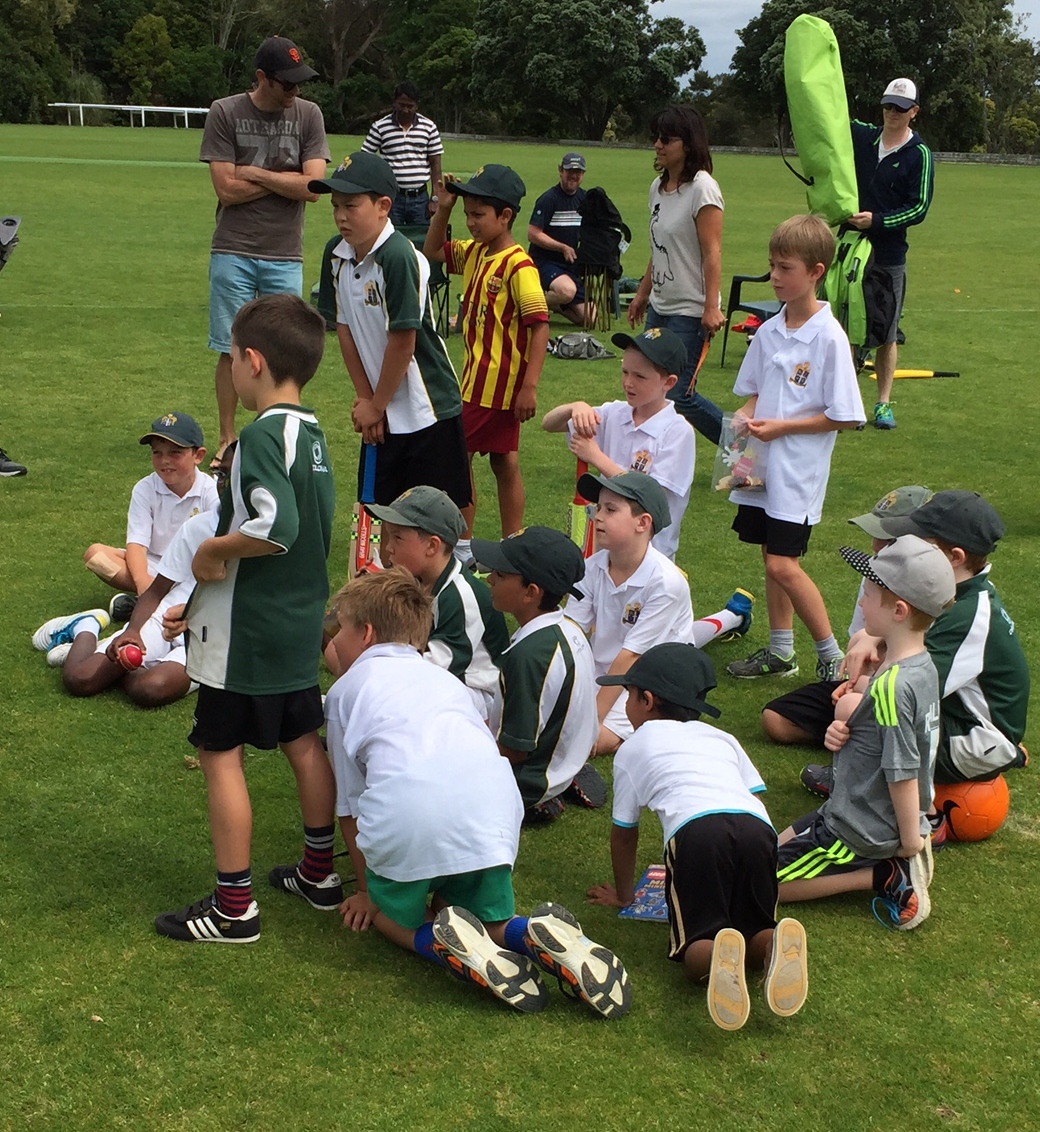 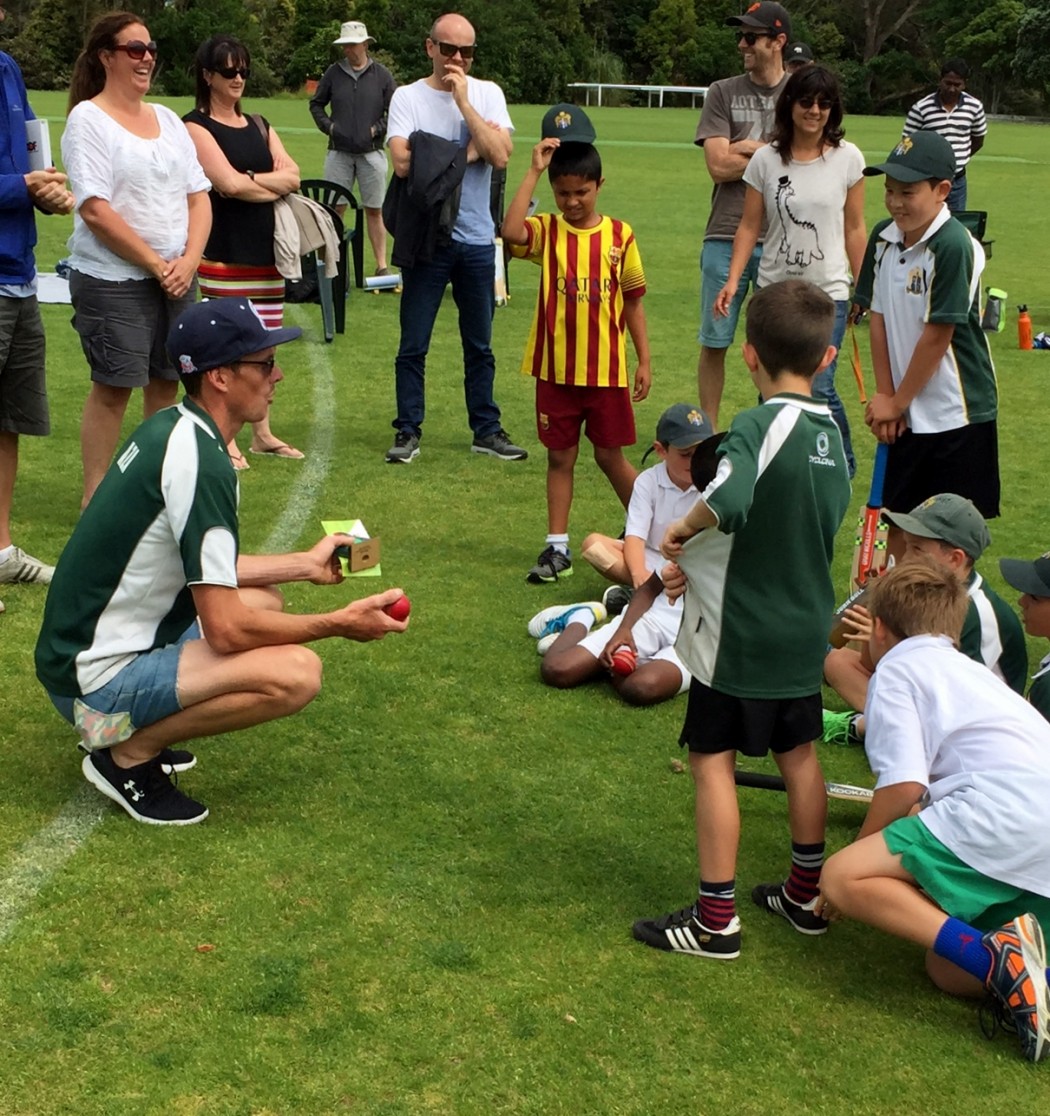 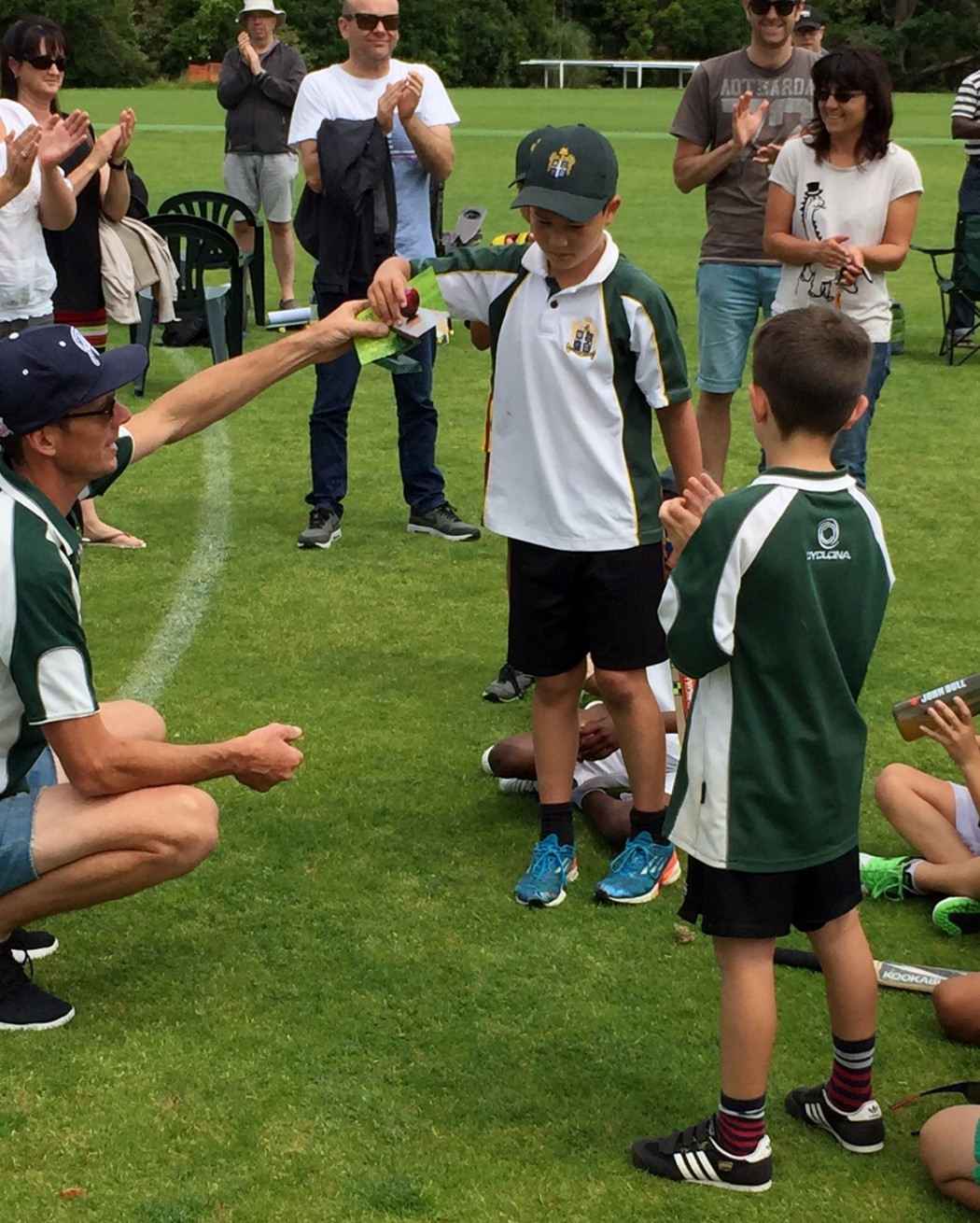 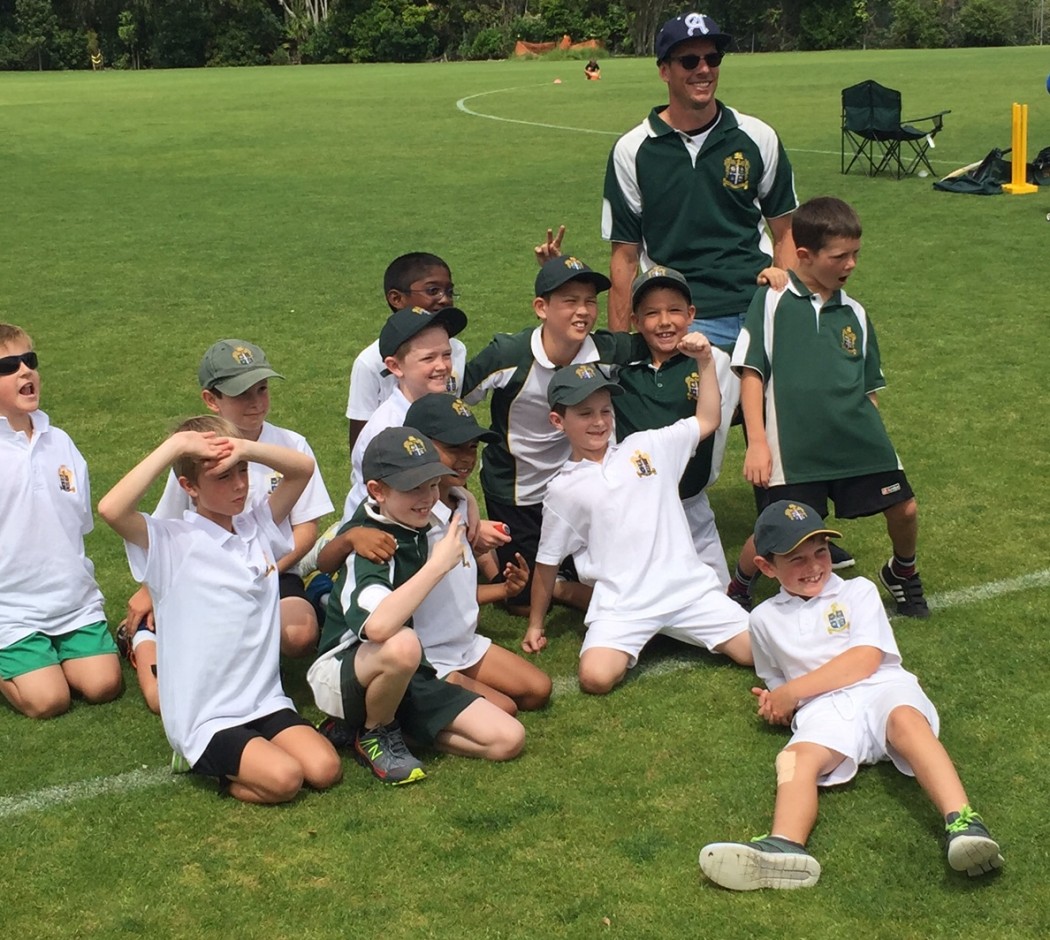 The year 3-4 Kiwi cricketers have been involved in a rep tournament on Sundays over the past two weeks.  Plenty of parents, nice weather and a wonderful atmosphere kicked off our first game, on November 29 against North Shore. Depsite the fact that it was the first time the team had played together, they worked together well and looked organised in the field.

Captain Liam Hines lost the toss but still got our wish to bowl first. We showed some real talent with good bowling, sharp fielding and high enthusiasm. We stayed on track for the first 12 overs with the highlight being an outstanding low diving catch by Cameron at square leg.

Then it was back to bowling for our last 8-over block and we were on top of the game with regular run-outs and wickets. We had 16 to chase in 8 overs and were optimistic of a winning result.  We had a quiet partnership from Joe and Josh of straight and mainly sensible batting which left our closers to finish.

Alfie and Jackson finished in style, Jackson picked up singles at will and Alfie was the crowd pleaser hitting the ball to and over the boundary on a regular basis. The result was that we won by 45 runs.

Top run scorer on the day was Alfie Bell and top wicket taker was Jackson Elliffe. Player of the day was Cameron Deamer for his somersaulting catch mid-air!

Thank you to Martin Bell and Andy Ballard for scoring,  Tim Reid for umpiring and all the other parents for getting their children early to the ground and supporting them.

We have another round of the tournament on December 13 at East Coast Bays from 8.45am – 11.30am. We are hoping to have two teams involved in this one. If your child is a year 3 or 4 and you feel they could benefit from a slightly tougher level for development and to represent the club please email office@birkenheadcricket.co.nz