We love a good success story and as we close in to the re-start of the season (Superstars February 3 and Juniors Feb 4) we have a few.

Dragons were on fire again this half of the season – winners!

Once again the highly successful girls’ team have taken out their pre-Xmas grade in the Under 12A competition.

Coach James says it was an excellent effort and the team went into the final not having dropped a game.  And that was without one of their star players Rebecca Nicholas.

“The team played to a very high level in the final with a dominant performance in all facets. A very well deserved victory … delivering in the final to ensure they remained undefeated”.

Also in the final stats for the grade for the season that you can see here, BCCC girls take out 5 of the top 10 spots. 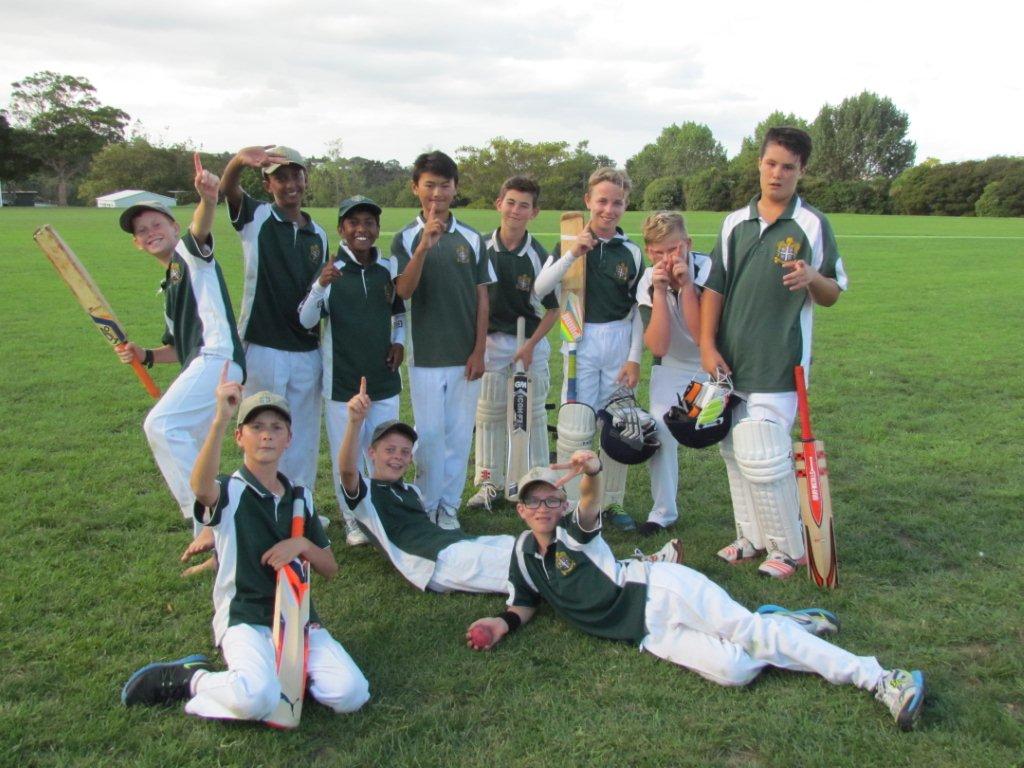 There have been some really good performances over the season by this team. As an example, Pat Faulkner has scored 342 runs in 7 games and taken 11 wickets.
Samrinth Singh has scored 265 and Jesse Hohaia 255. Jason Kay has taken 8 wickets.

Good luck to all these boys at College … they’ve played for the club for a number of years:

Also at the end of the year Nicholas from ECB kicked off a North Harbour Junior rep competition, comprising teams from Y3-Y7 to give children the opportunity to play rep-style cricket even if they don’t make an official Harbour team. It’s all about development and the chance to play cricket even more!  BCCC had a year 4 team playing and joined forces with  Hibisus Coast for a year 6 side, who did really wel.   There will also be two more games later this season.  One of the rules for this little competition is a group picture at each game, which you can see at the top of the page.

Good luck to everyone for your games this half of the season and thanks to New World Birkenhead and Cricket Express for your ongoing support of the club. You know where to shop, people!

We also have several rep players participating in the Auckland regional cricket tournaments – we’ll let you know how they get on as soon as they let us know. Feel free to email any news to denisemontgomery.cricket@gmail.com