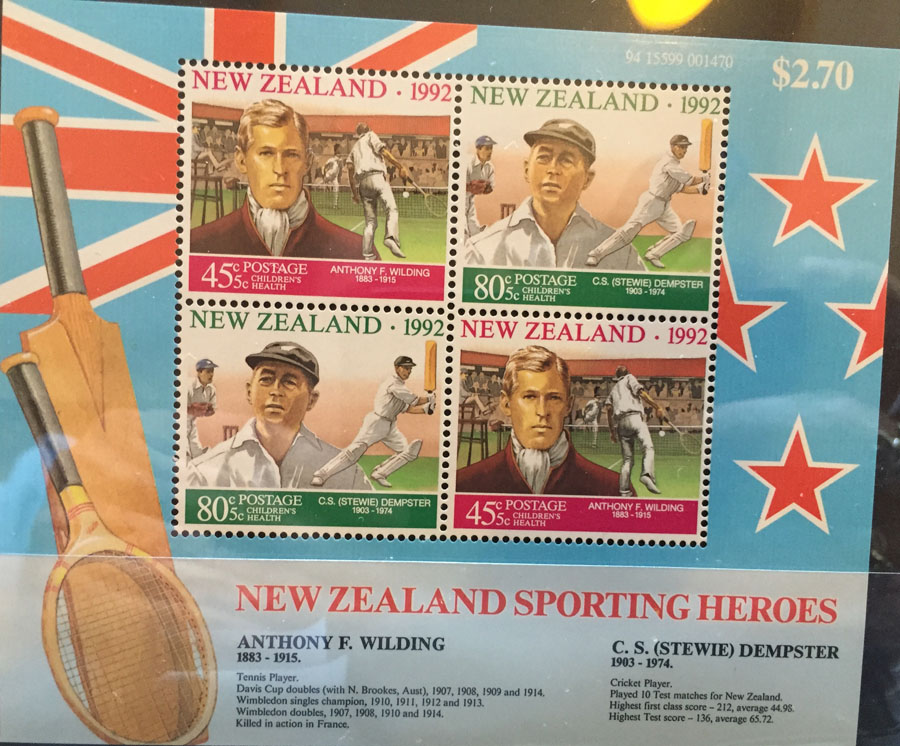 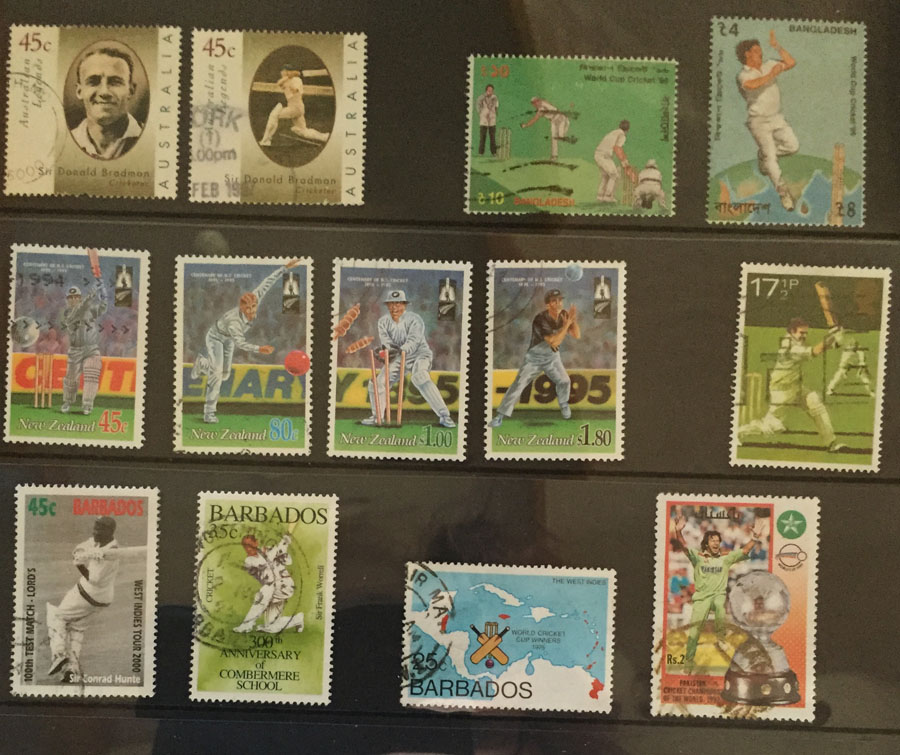 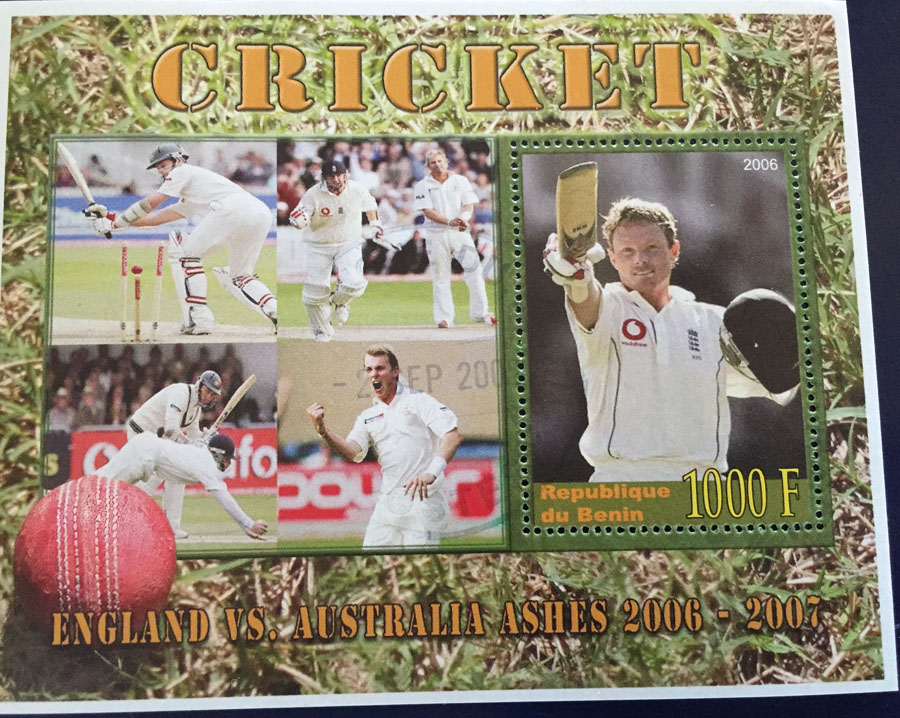 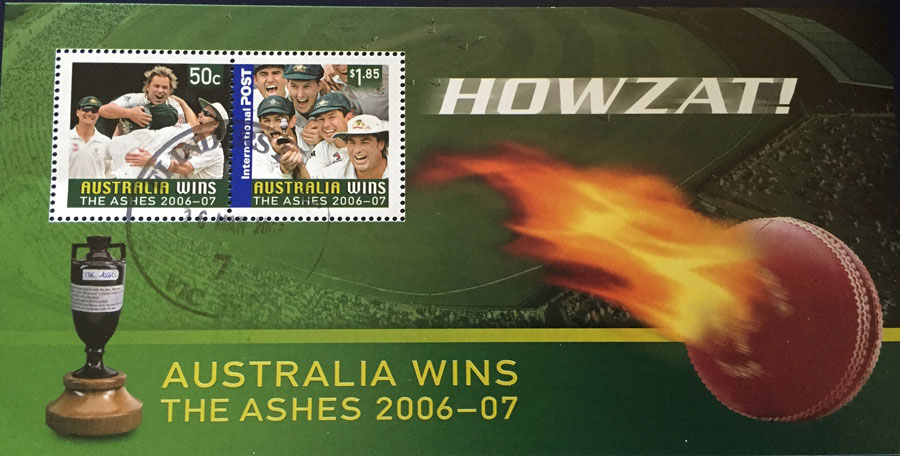 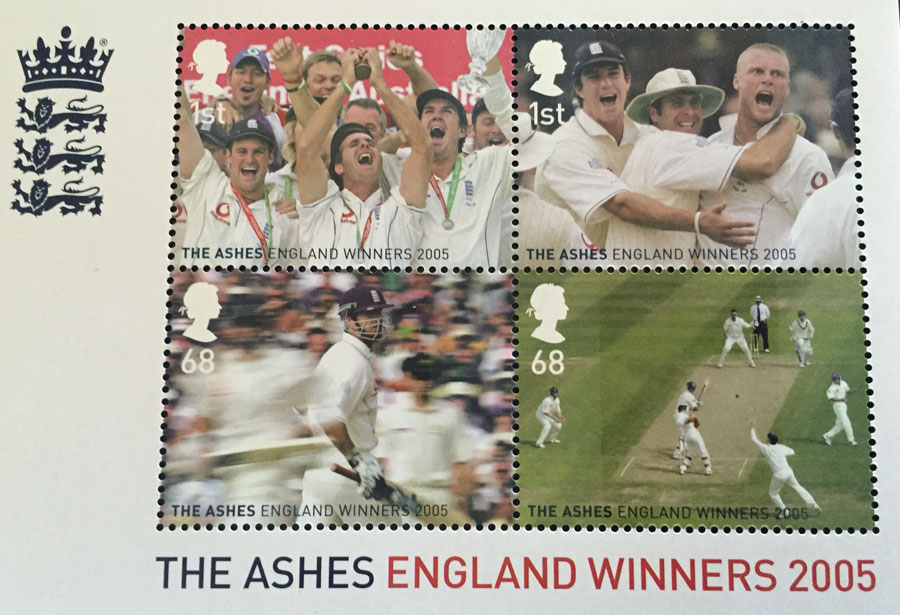 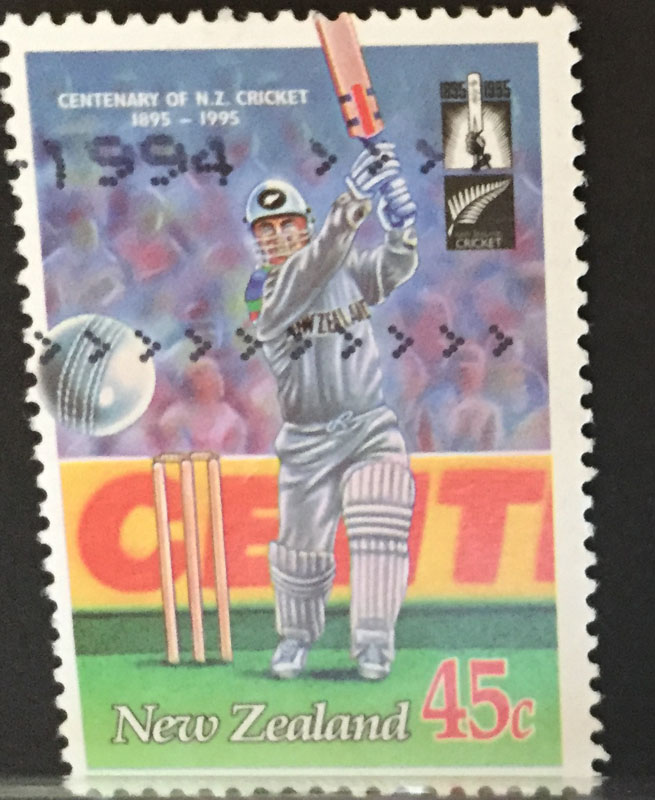 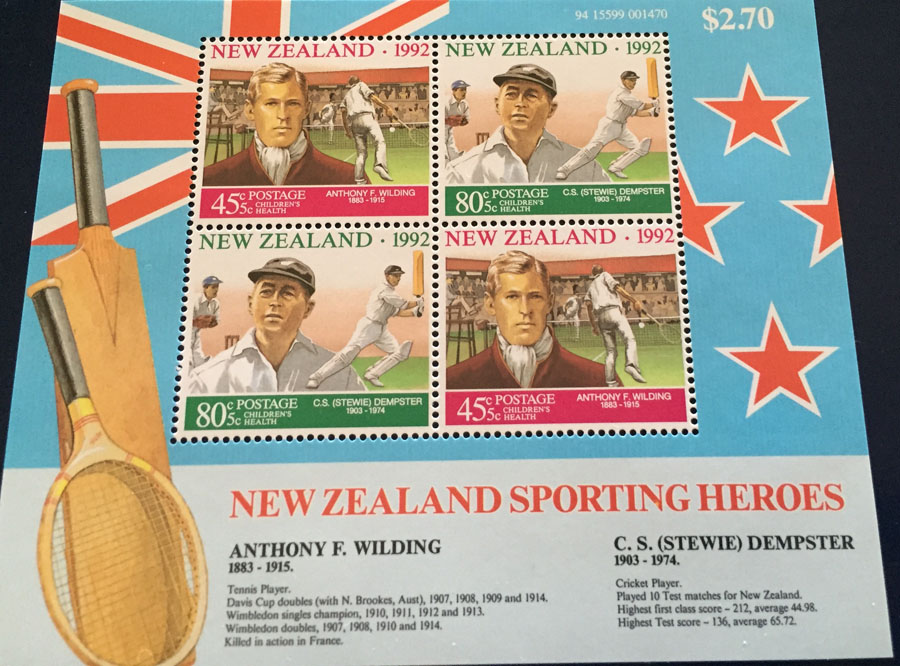 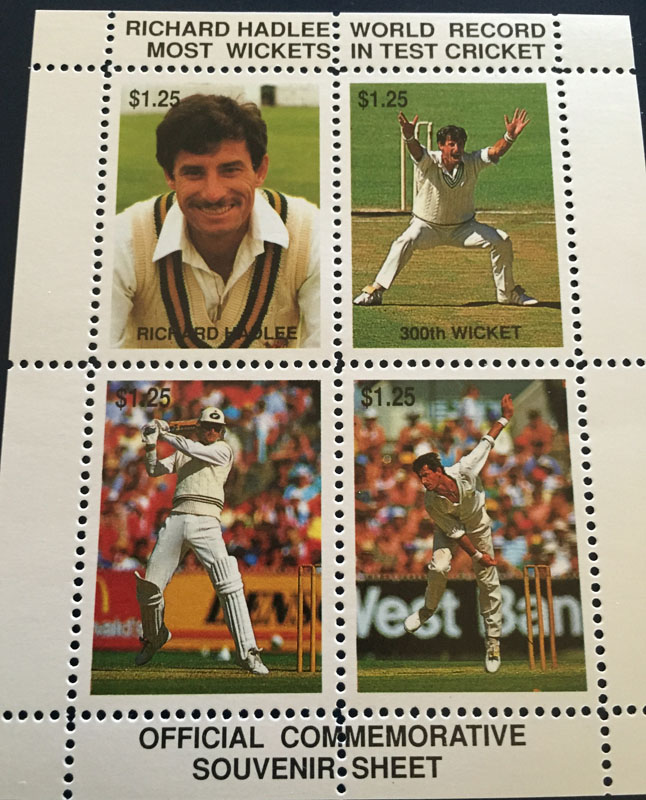 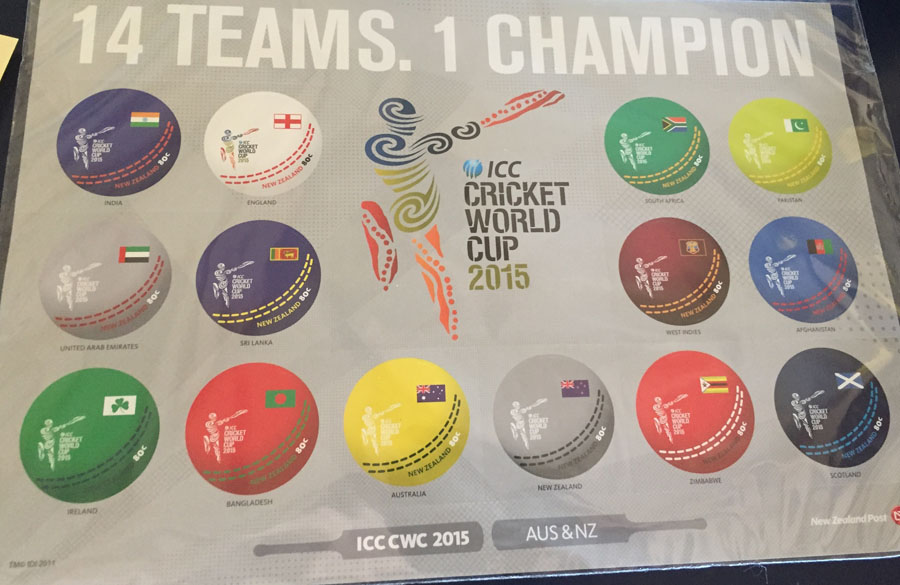 The NZ Post stamps sheet released to mark the CWC. The balls are all sticker stamps. 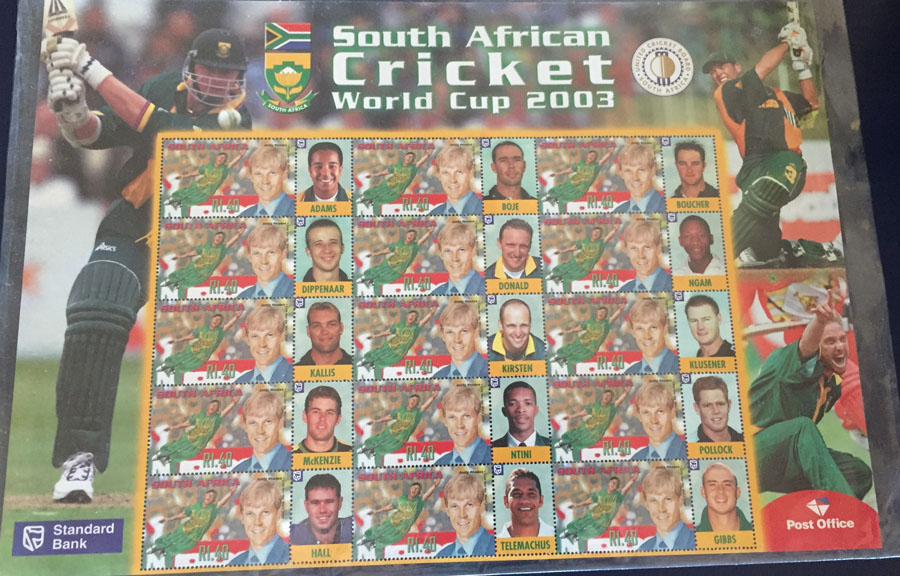 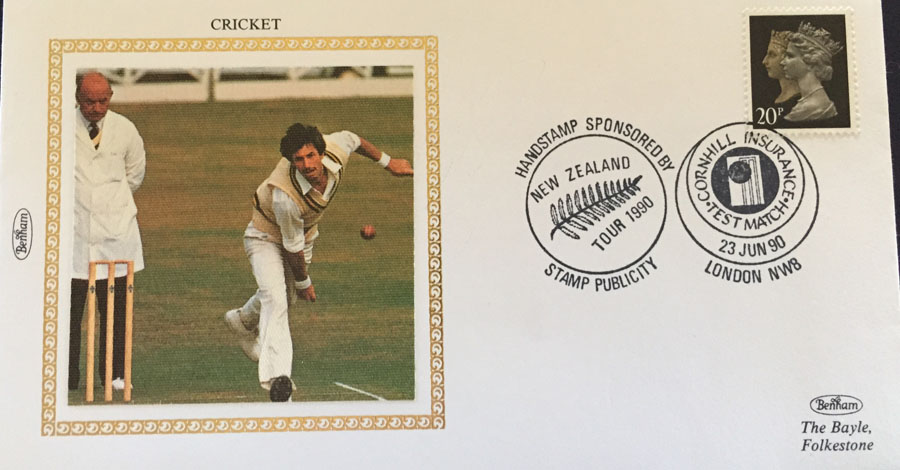 Richard Hadlee on the 1990 tour of England. 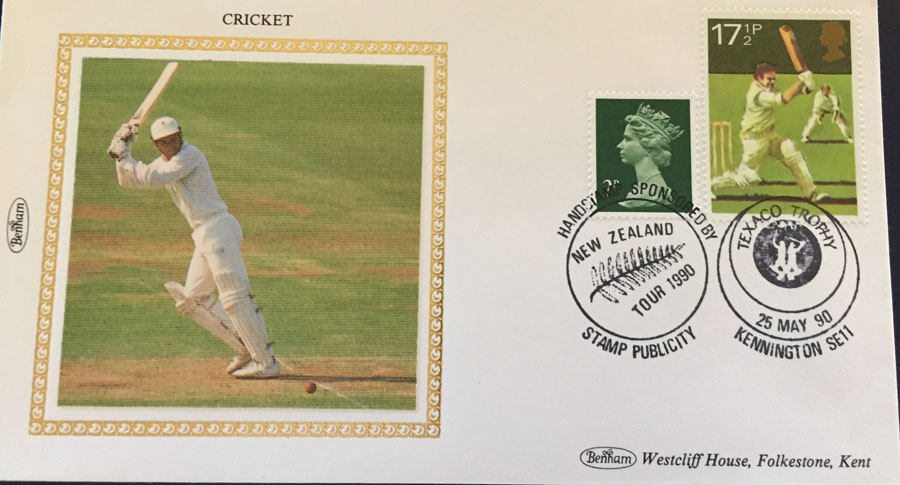 A Silk Cover for the 1990 tour to England, with the inimitable style of Martin Crowe. 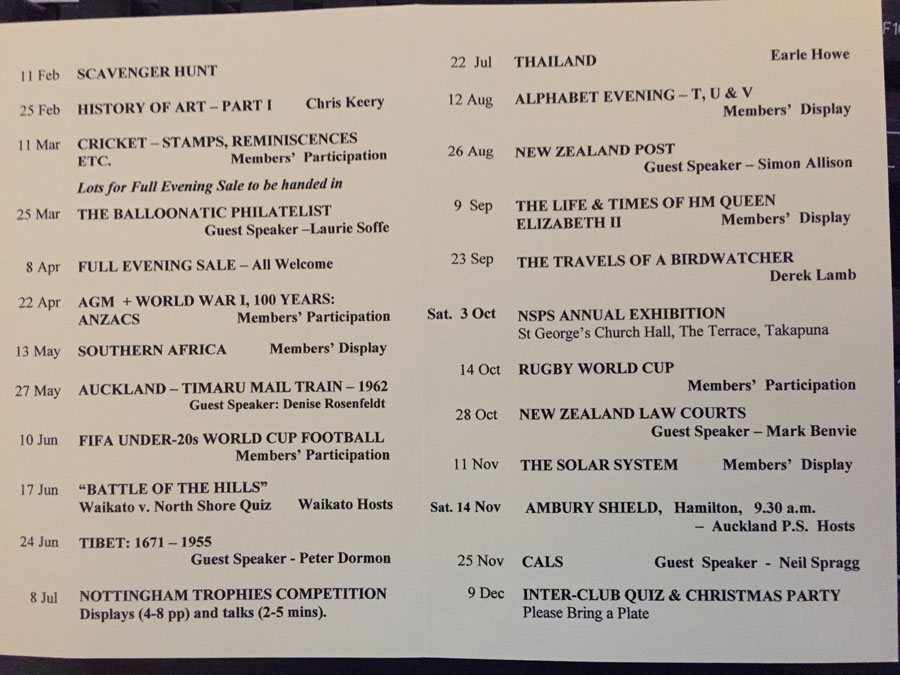 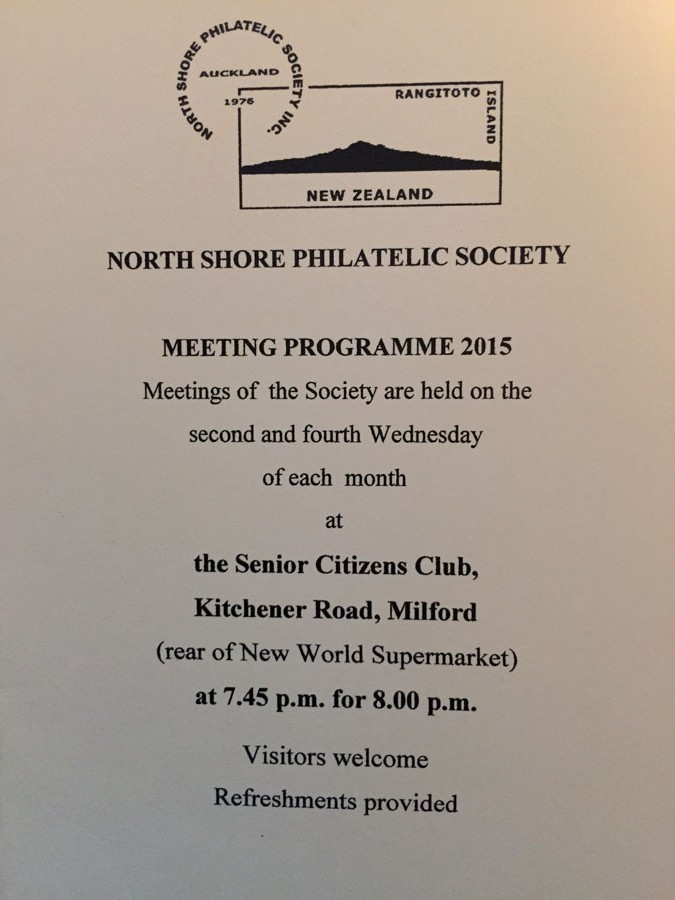 Cricket stamps and reminiscences – a post with a difference

A Silk Cover for the 1990 tour to England, with the inimitable style of Martin Crowe.

With the Cricket World Cup in full swing the North Shore Philatelic Society (that’s stamps to those without a dictionary) is holding a meeting with a difference on Wednesday March 11.

John Kelsey, president of the society, is looking for people interested in cricket to come along to the society’s Cricket stamps and reminiscences evening in Milford.

Mr Kelsey says the society has a themed meeting every few weeks and with the Cricket World Cup in full swing thought there might be some people around who had cricket stamps of interest they wanted to show, or even just cricket stories to share.

“The reminiscences bit is all things members have done with regards to cricket in the past but not just members, and not just collectors of stamps. We’re happy for anyone to come along.”

Mr Kelsey was also looking for speakers to talk about cricket – perhaps to tell a story of interest and that’s when the name Ralph Moore came up, suggested by Birkenhead City Cricket Club president Barry Judd.

For those not in the know, Ralph Moore was on the Birkenhead City Cricket Board for many years as treasurer, after being a long-time player, but has an interesting background in cricket, having played top level in Barbados. Ralph agreed to come along  to the special cricket-themed meeting of the North Shore Philatelic Society and share a story about a Cinderella moment for a special player.

There’ll also be a junior cricketer from another club sharing his love of the game and anyone else is welcome to just speak on the night.

Mr Kelsey says despite there not being many cricket stamps around in New Zealand, they have been very popular in the Caribbean and Britain. A collection of one of the members (pictured) shows some special moments, such as when Richard Hadlee hit the 400-wicket mark.

Just this year NZ Post has released a celebratory set to mark the ICC world cup – in which the stamps are stickers and represent all participant countries.

There are numerous stamps put out to mark national teams, such as the one pictured of the South African side in 2003.

“The biggest thing is not many of our members collect sports stamps so what I was hoping is that some people here might come along if they do. Even if they don’t they might be interested in seeing them.”

At an auction of stamps last weekend, cricket fan Mr Kelsey was the only one who remembered his trusty radio and had to pop out to catch up on the Black Caps vs Australia innings at various moments.

“But at the end of the auction, I went out and the New Zealand wickets just kept falling! That wasn’t so good.”

Stamps of interest pictured include “silk covers” marking the 1990 tour by New Zealand to England in which the distinctive batting style of Martin Crowe is easy to spot.

Mr Kelsey, a retired watchmaker, is originally from Trowbridge in Wiltshire, England but has been here for 40 years.

He has an interesting story to tell about how that happened in those days too.

“At home in England, after the football each weekend we’d have question and answer time with the kids every Saturday afternoon from 3-4pm, with a map. We’d ask, ‘how do you spell Papatoetoe’ and places like that. We also got The Herald for two years before we came here. So we knew all the prices … price of milk was 4c. That’s how you become a Kiwi.”

It was only when BCCC was looking for someone to go and talk at the stamp society evening on Wednesday that it thought of Ralph Moore. One of life’s coincidences happened during the phone call to Ralph. When we mentioned the name Mr Kelsey to him, and described him he said: “He used to be my neighbour a few decades ago in Glenfield. Our boys played football together.”

So now Mr Kelsey, 78, and Mr Moore, a similar vintage, will be catching up and sharing a few cricket stories on March 11 at 7.45pm at the Senior Citizens Club at Kitchener Road in Milford. If you are interested in doing the same, or know anyone who might be, or have some cricket stamps you’d like to bring along, please email John Kelsey on nsps@xtra.co.nz.

“We want to make it a real cricket occasion,” Mr Kelsey says. “We might even get some people interested in the game. It’s a good time to do it with the World Cup on.”