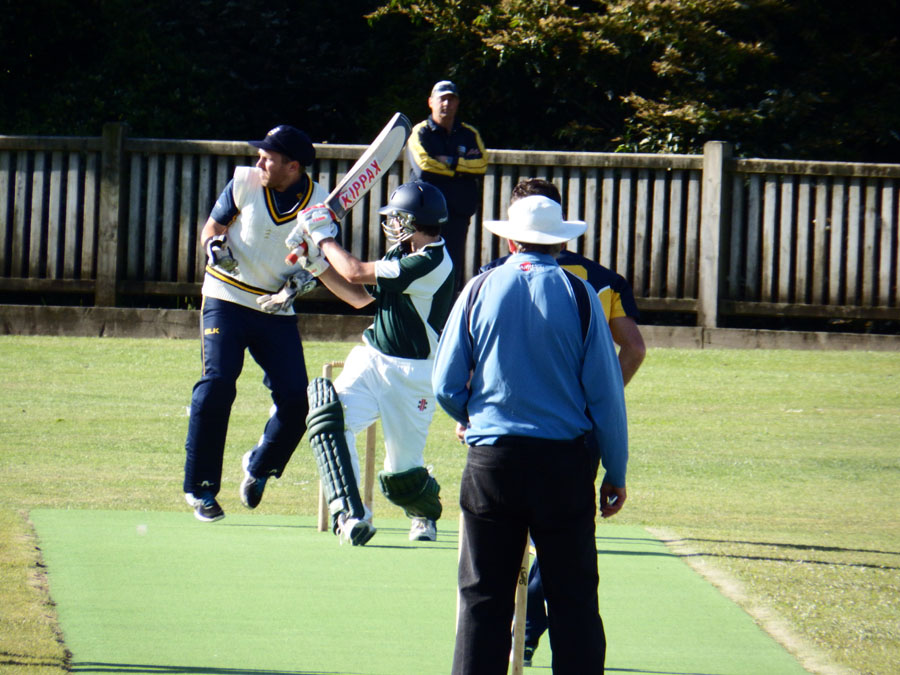 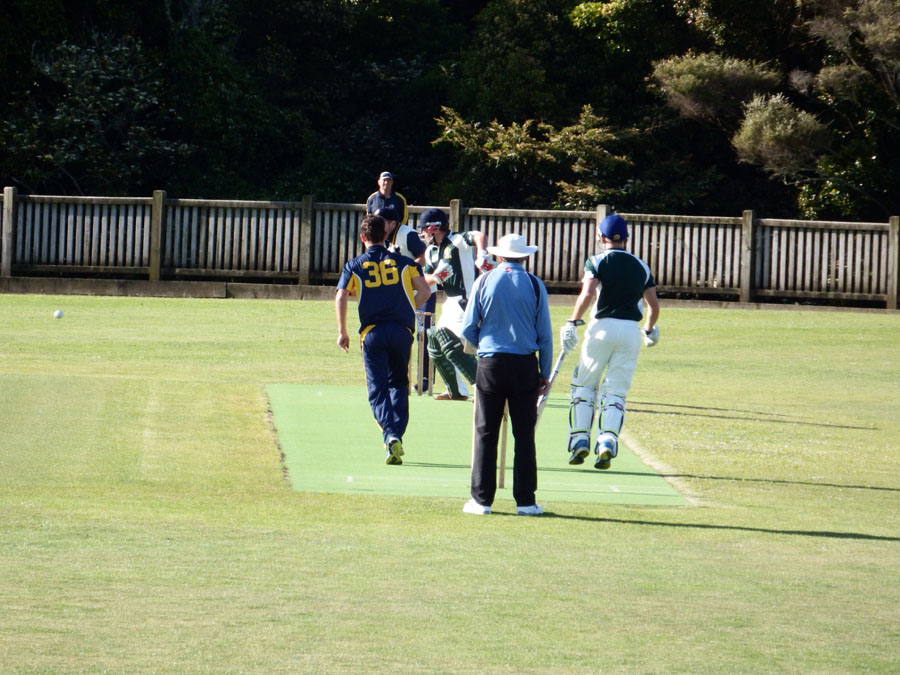 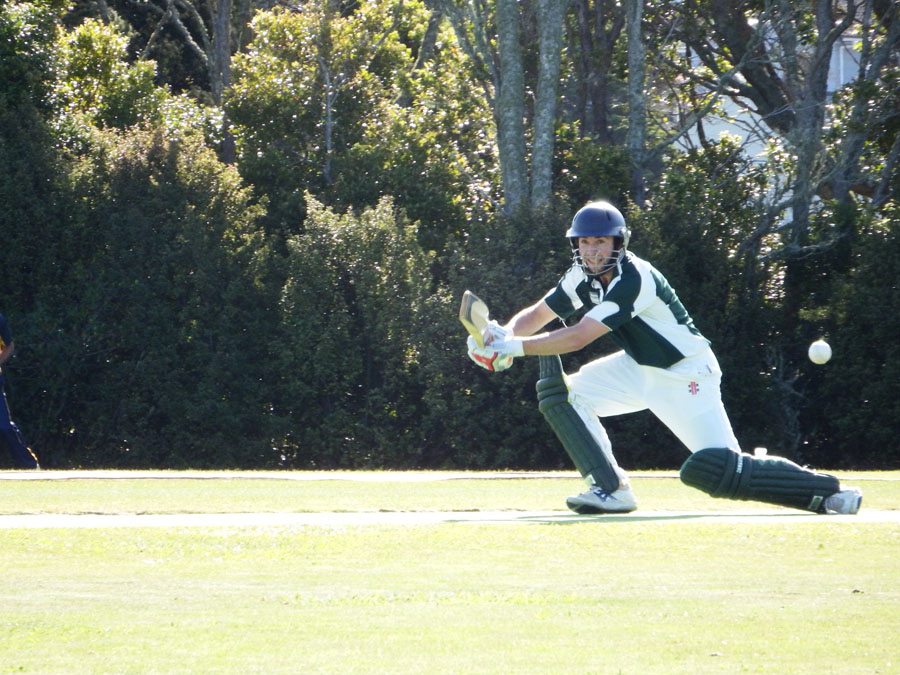 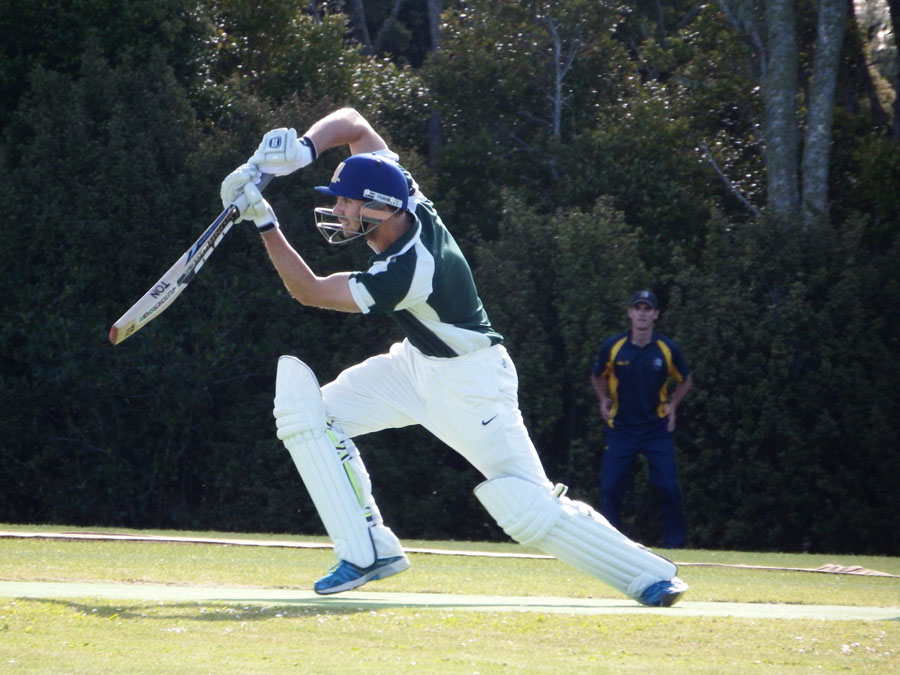 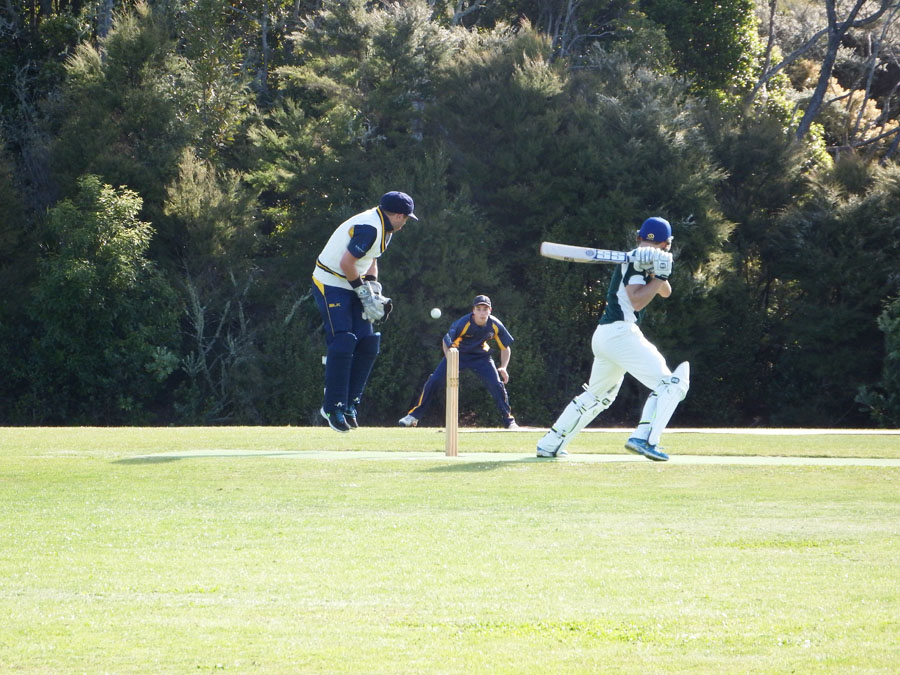 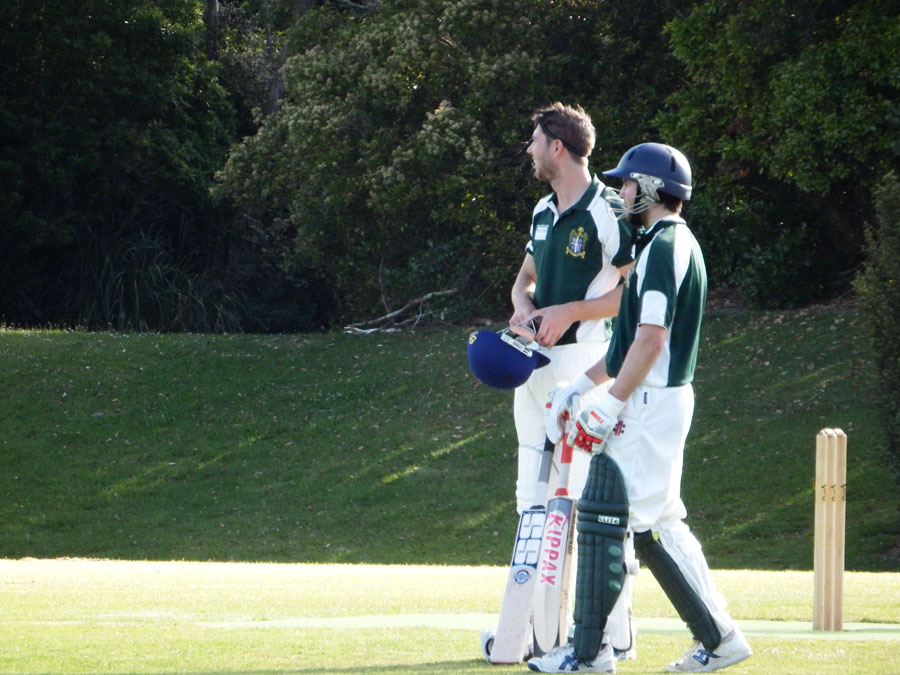 Jeavons and Steyn wait for the return of a ball 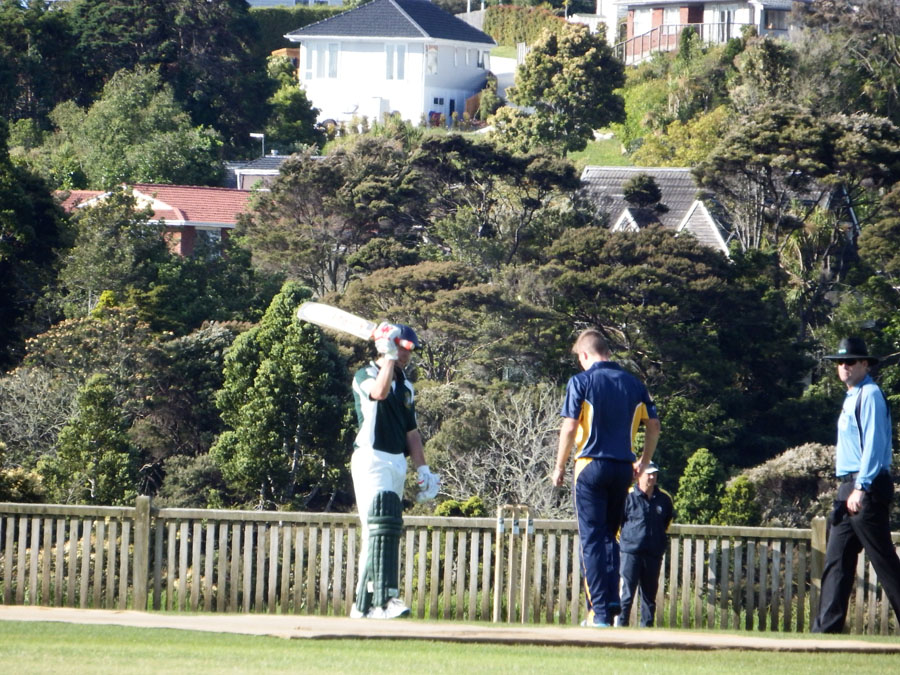 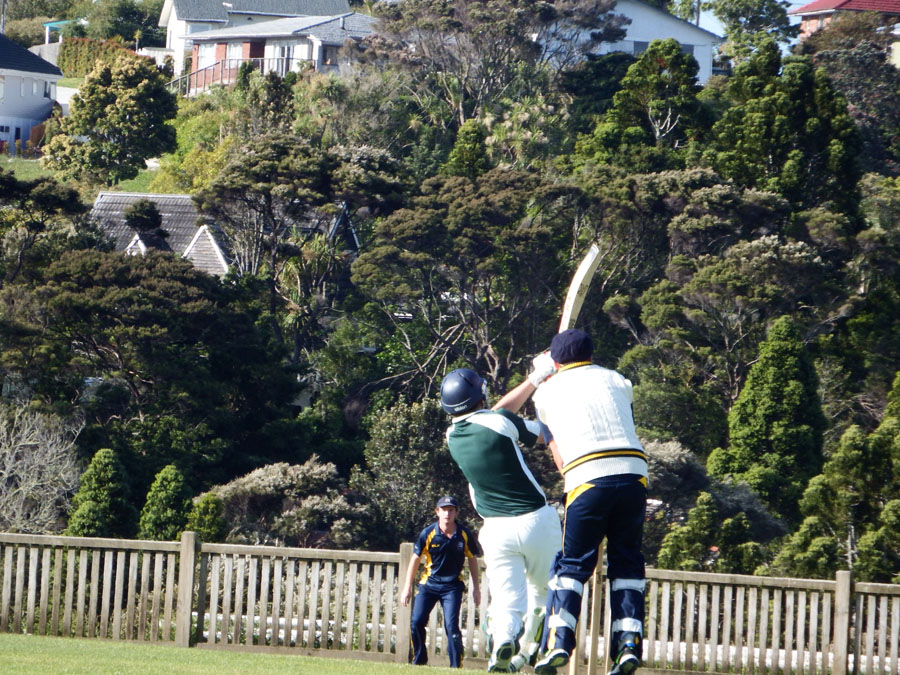 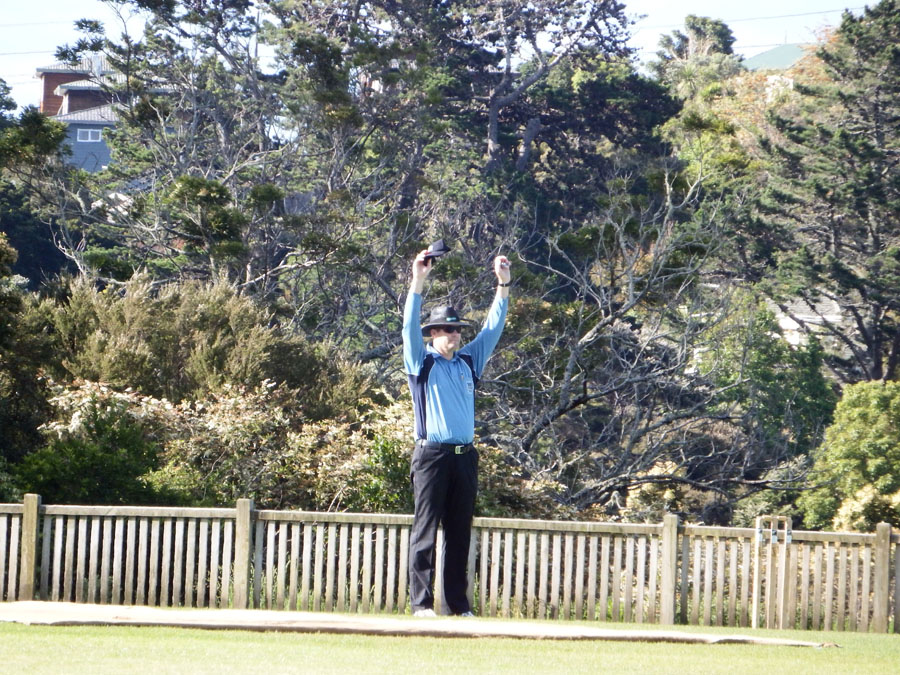 A few of these. 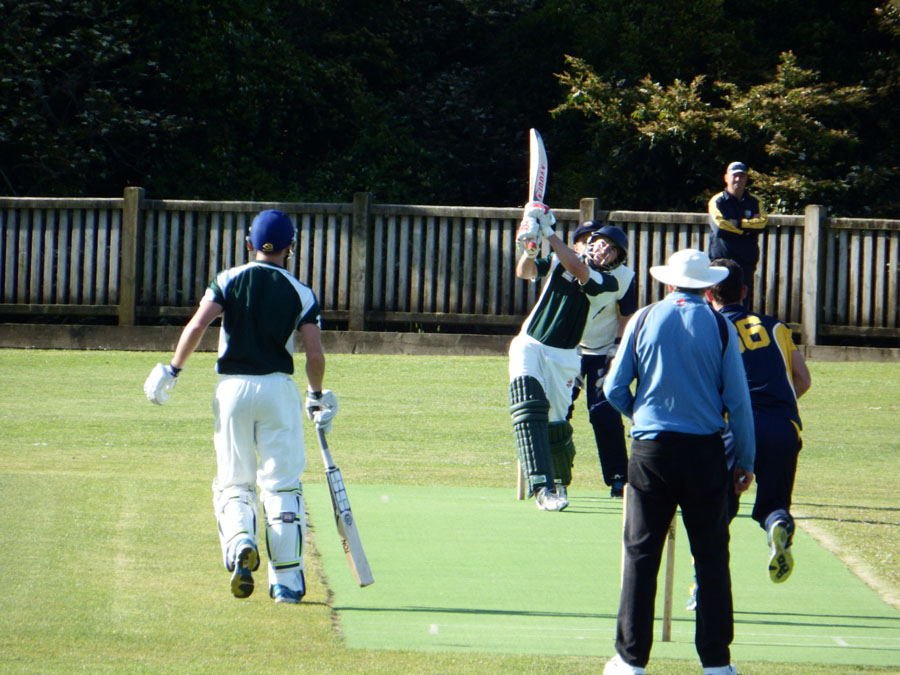 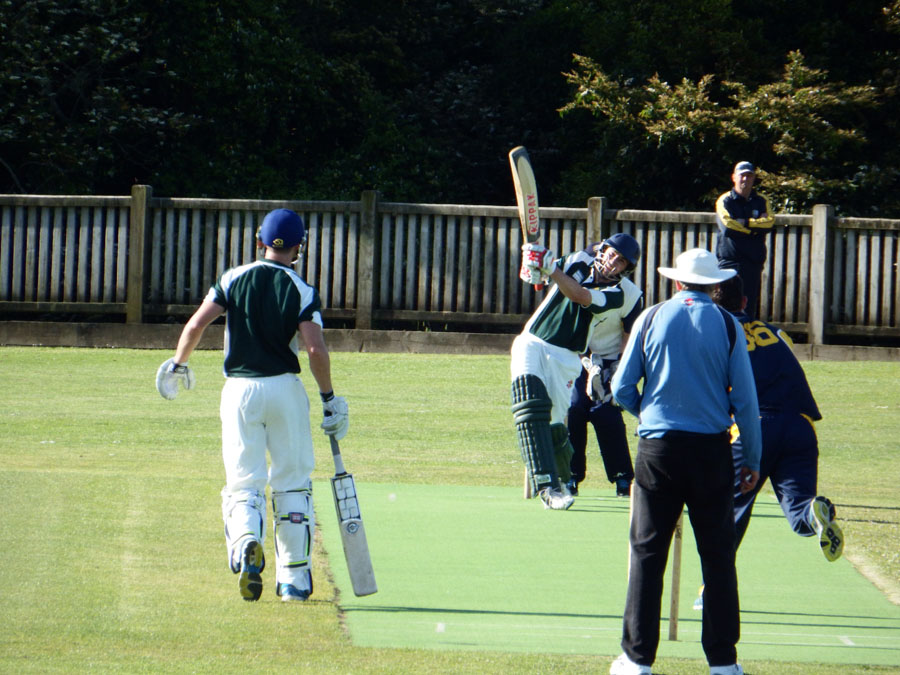 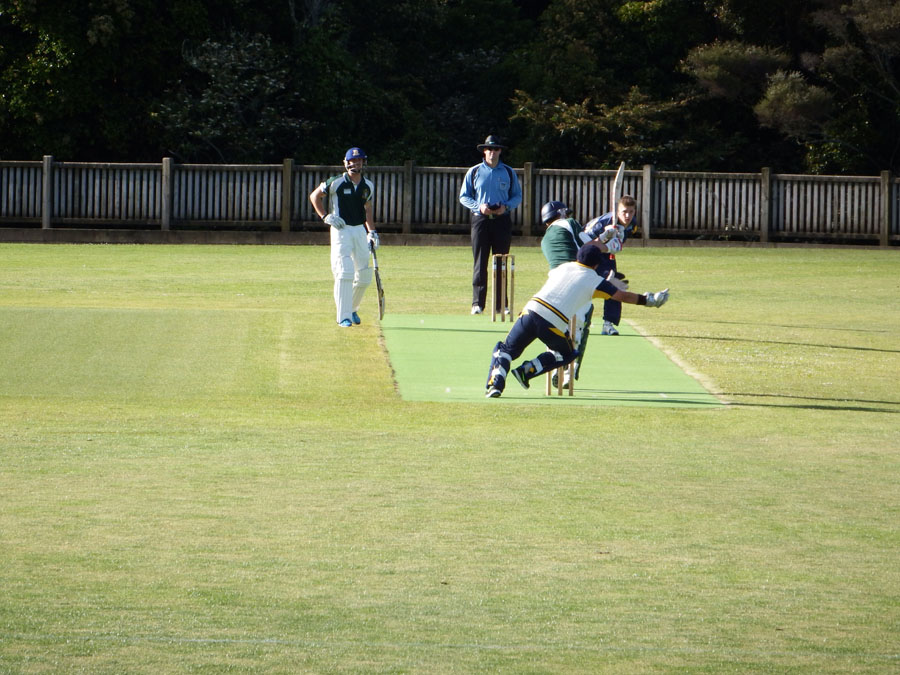 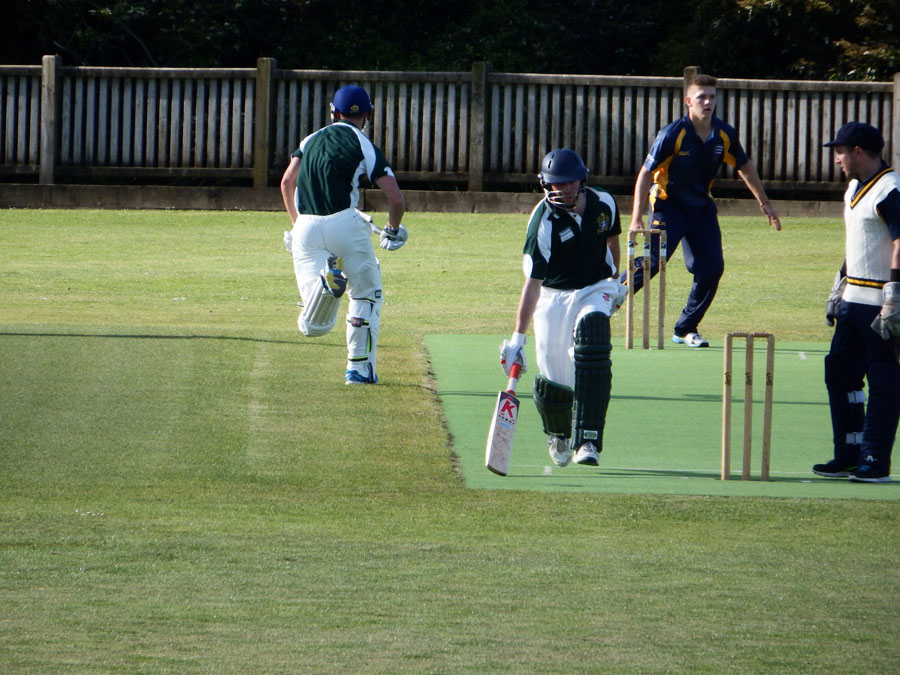 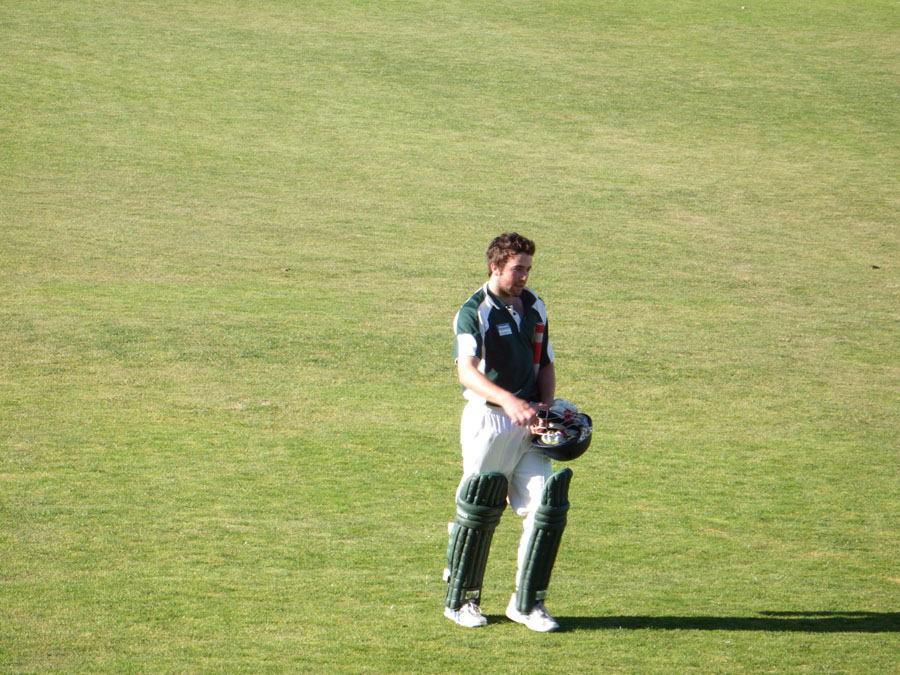 The Birkenhead Premier men’s team kicked off this season’s T20 campaign against North Shore on December 3.

In a high-scoring game, Birkenhead batted first and scored 191, largely thanks to a 110 run opening stand between Aaron Jeavons (76 from 55 balls), and Dylan Steyn (60 from 32 balls). Steyn got the innings off to a flier, striking the first four deliveries he faced to the boundary. Both left handers found the boundary with ease, including a number of lost balls into the reserve.

Josh Tasman-Jones was the pick of the North Shore bowlers, with an economical 22 runs from his 4 overs, while Selby picked up 3 wickets at a cost of 39 runs from his four overs.

For Birkenhead overseas amateur James Glynn struck a cameo 17 from just 5 balls, including the biggest six of the game.

The North Shore reply started shakily with Jeavons capturing two wickets in his first over, including the vital wicket of Tasman-Jones. A 128-run stand followed, at more than 10 an over, as the South African pro Graeme Beghin (77 from 44), and Michael Olsen (60 from 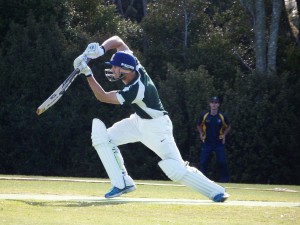 41) batted superbly to keep the visitors in front of the required run rate.

Legspinner Sahil Mehta broke the partnership, when Glynn took a good catch looking into the sun to dismiss Olsen. North Shore closed in on the total, but the return of paceman Rob Evans dismissed Beghin, caught in the deep.

North Shore required 16 from the final two overs, and a superb over from Evans, brought it down to 12 from the last over. Birkenhead captain, Jeavons took the responsibility to bowl the last over, and in a thrilling finish, captured three more wickets, all to the debutant wicket keeper Adam Baard who claimed two stumpings and a catch to leave the visitors 7 runs short of the total.

Jeavons had a superb game, and finished with figures of 5 for 31 to go with his knock of 76.  See the scorecard here.

Birkenhead now take on Takapuna on Wednesday December 10th at home, game kicks off at 5.30pm. Get on down to the bottom field for some great cricket action.