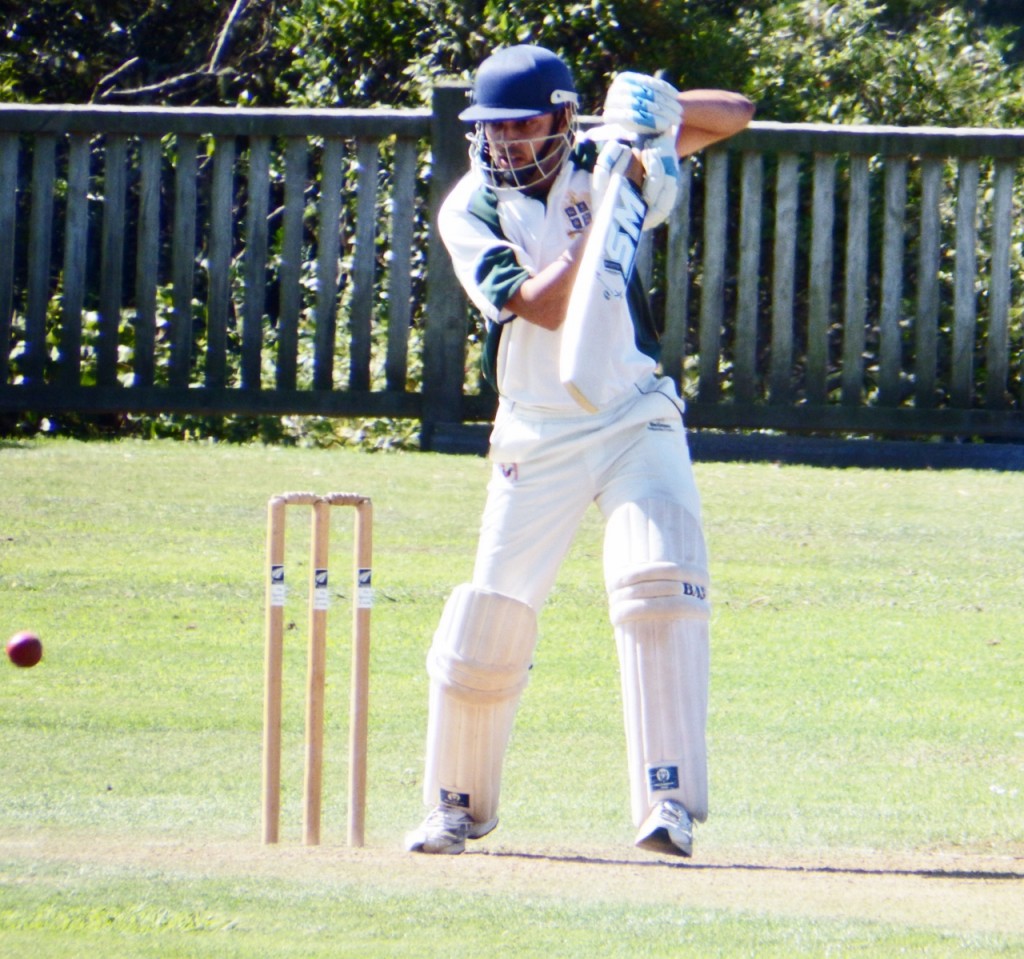 Akash Christian fell to Antony Ireland, but picked up three wickets in the second innings.

The Birkenhead Premier team completed a comfortable first innings win against Auckland University in their top four clash played over February 21 and March 1.

The first day was largely rained off, with only one session’s play, and Uni were at 93/4 going into day two. On a flat wicket, the Birkenhead bowlers swung the ball and James Glynn captured four wickets to reduce the visitors to 152 all out. Matt Latham produced his best bowling return for Birkenhead, taking 3 for 38.

Jaycob Curtling (28) started the chase in positive fashion, taking 12 from the opening over from Uni overseas pro Anthony Ireland. The Zimbabwean then struck twice, and the Birkenhead innings was teetering until captain Aaron Jeavons scored a crucial 69.

Jeavons played the spin attack of Uni with consummate ease, rotating the strike and finding the fence. He had good support from wicketkeeper batsman Fraser Allan.

Jeavons’ parents who had been in the country on holiday from England, saw his important knock  before their return flight to the UK. Similarly, former Black Cap Rod Latham and wife Sally observed their son Matt putting in a fine bowling performance before they returned to Christchurch.

James Glynn tormented the Uni team once again after his 42-ball century in January. This time, Glynn scored 63 from just 43 balls, to ensure Birkenhead pushed on beyond the visitors’ score before being all out for 234.

In the remaining 18 overs, Birkenhead claimed four scalps, three to off-spinner Akash Christian, to gain some extra bonus points. Birkenhead lie safely third on the table and play Championship leaders Parnell over the next two Sundays, with still a mathematical chance of a sniff at the title.