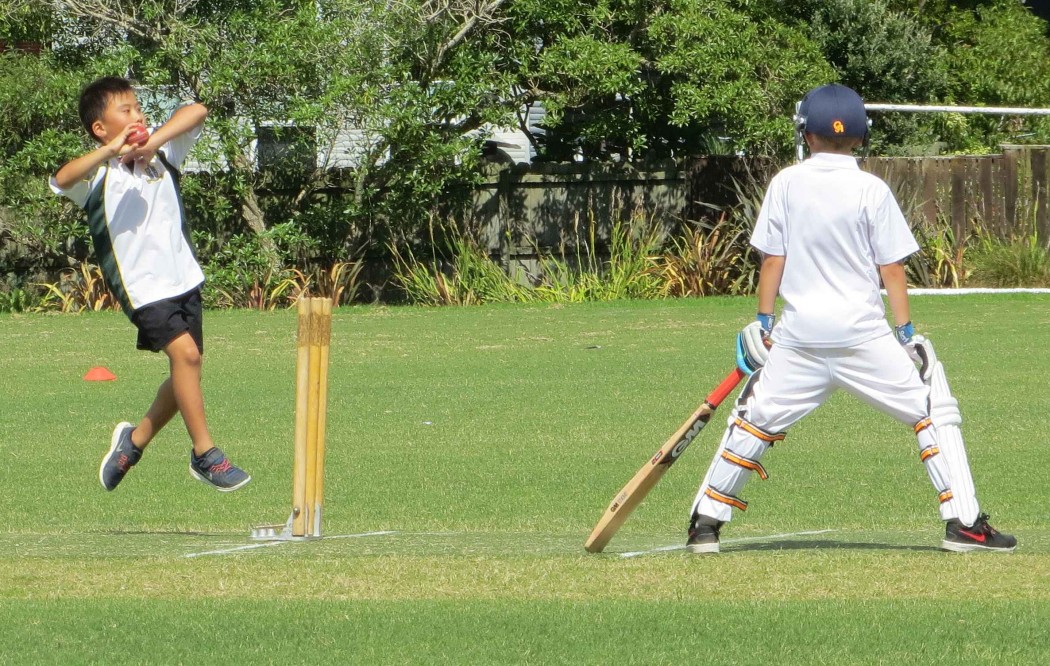 Ryan S of the Year 5 Cobras 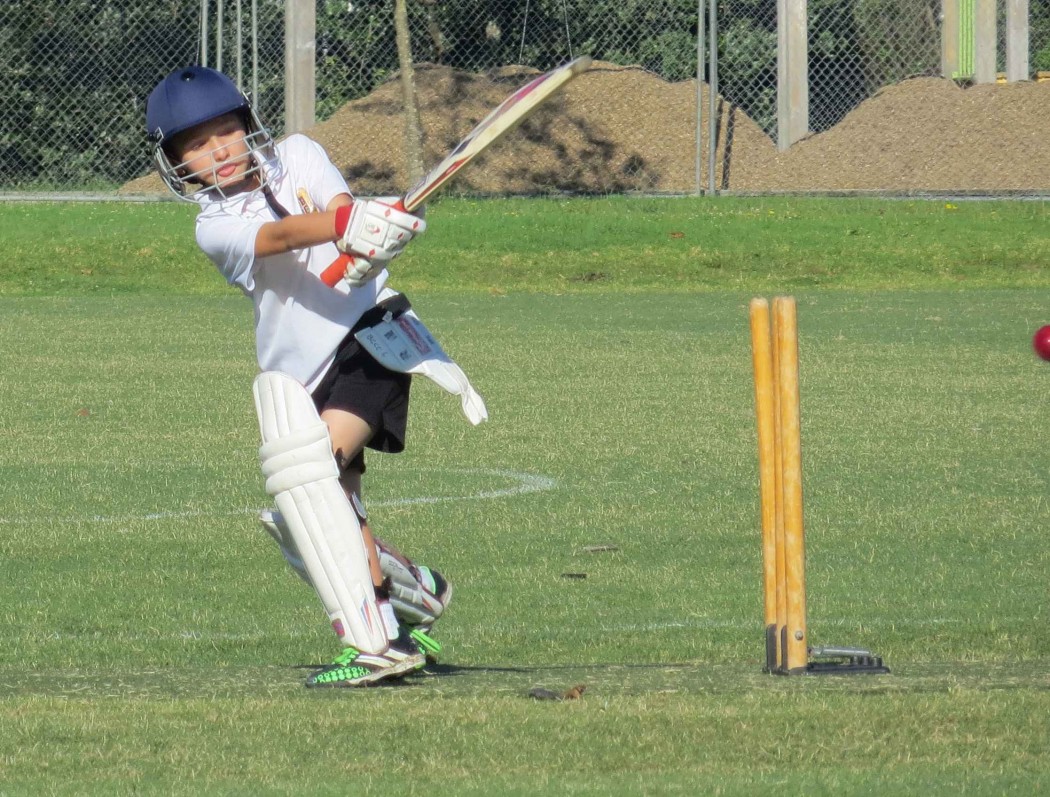 Ryan C of the Year 5 Cobras 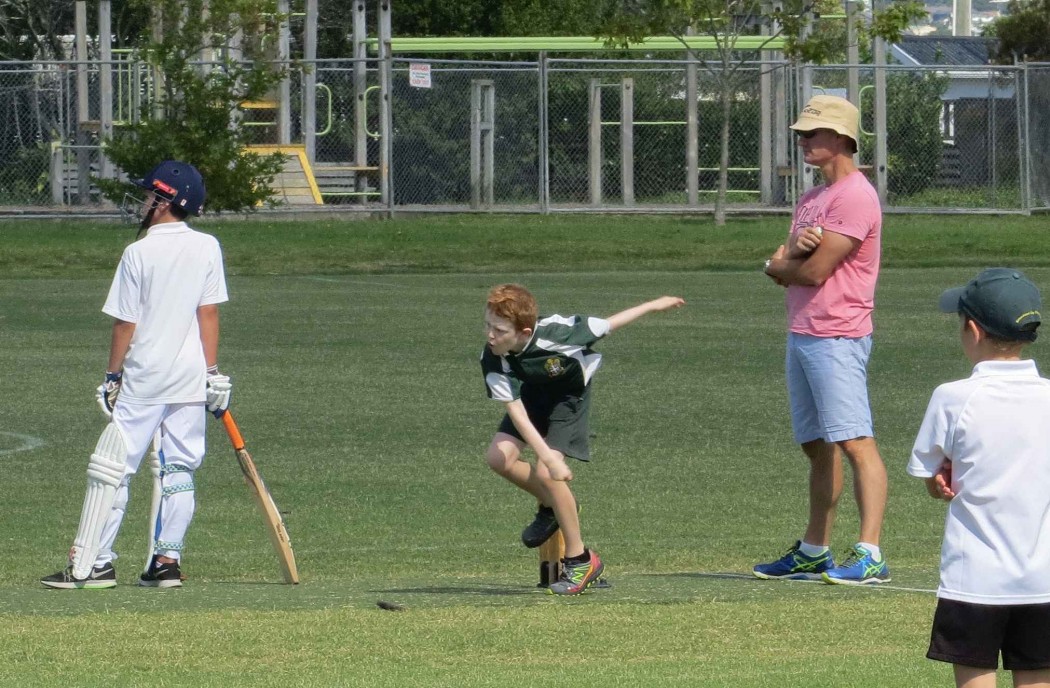 Liam of the Year 5 Cobras 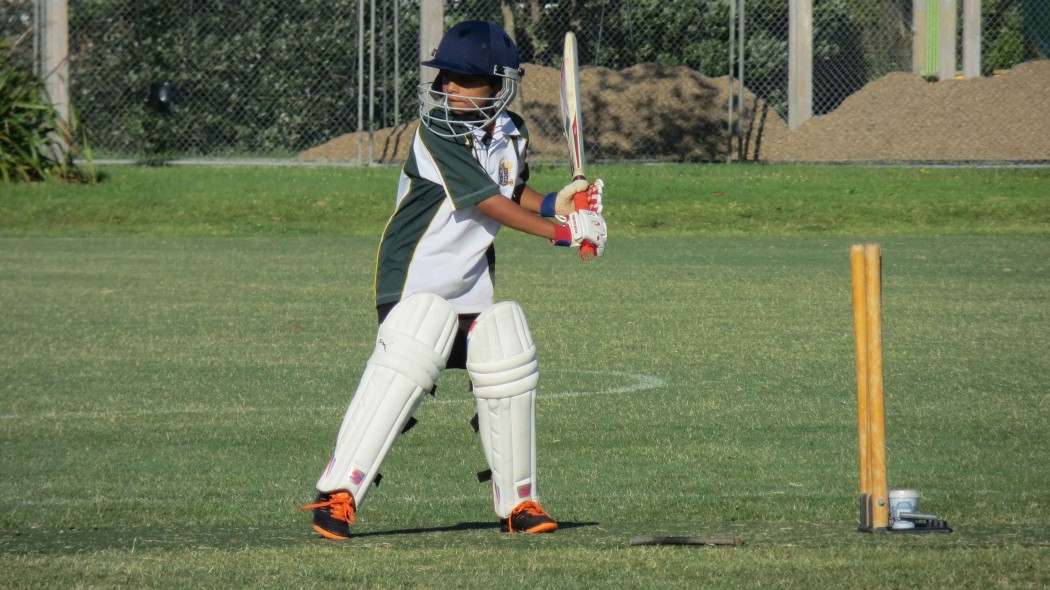 Krish of the Year 5 Cobras 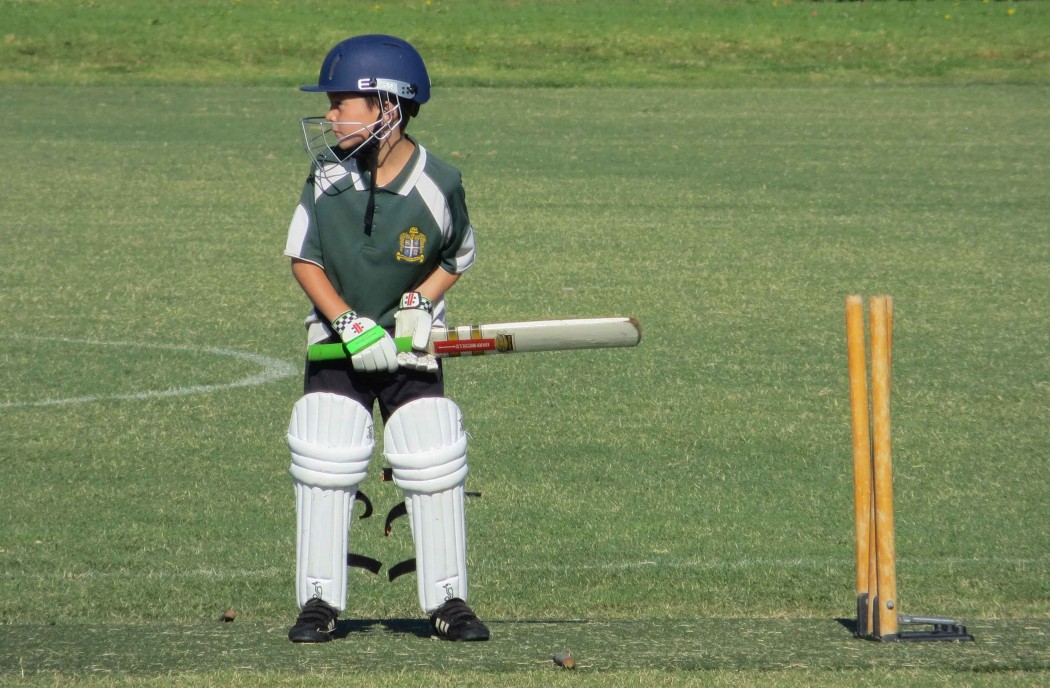 Joe of the Year 5 Cobras 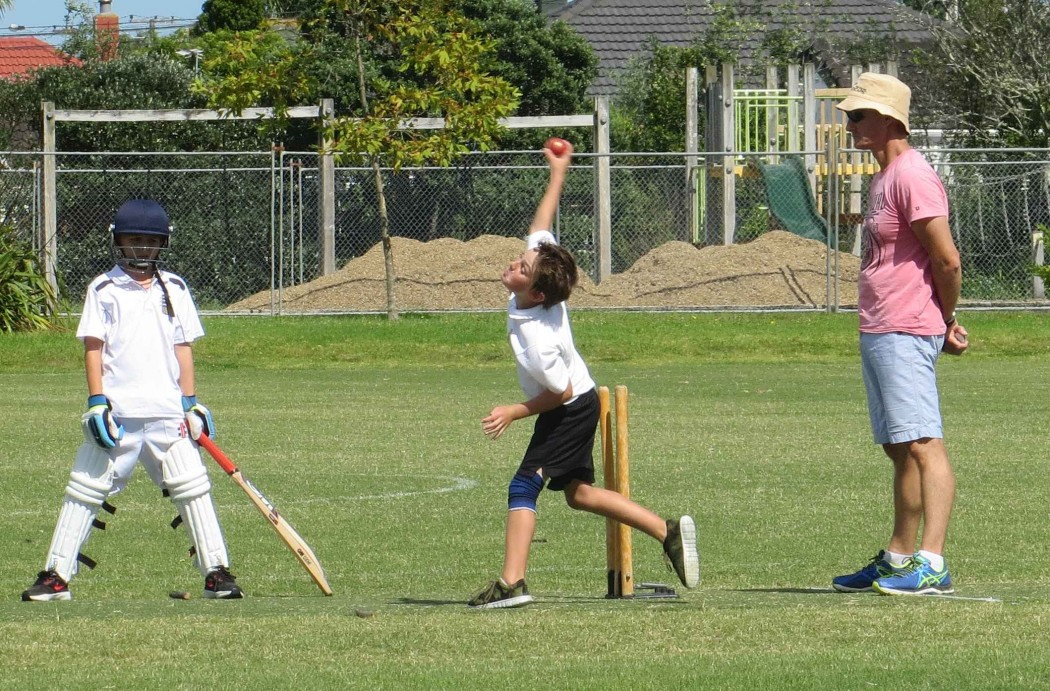 Jackson of the Year 5 Cobras 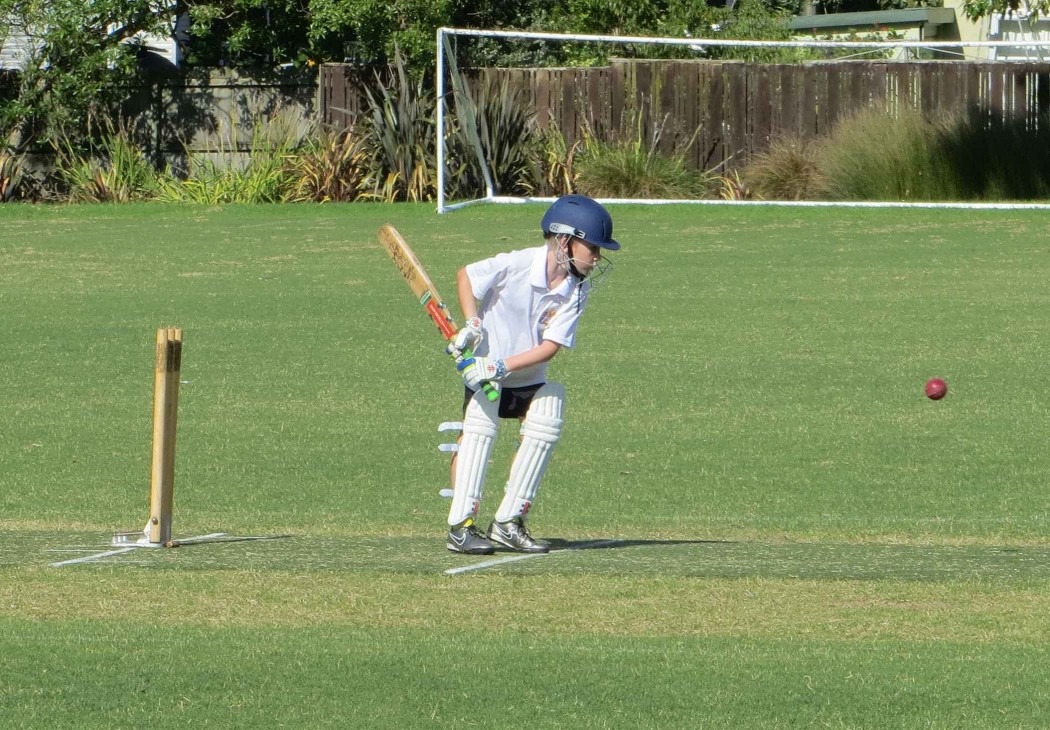 Ben of the Year 5 Cobras 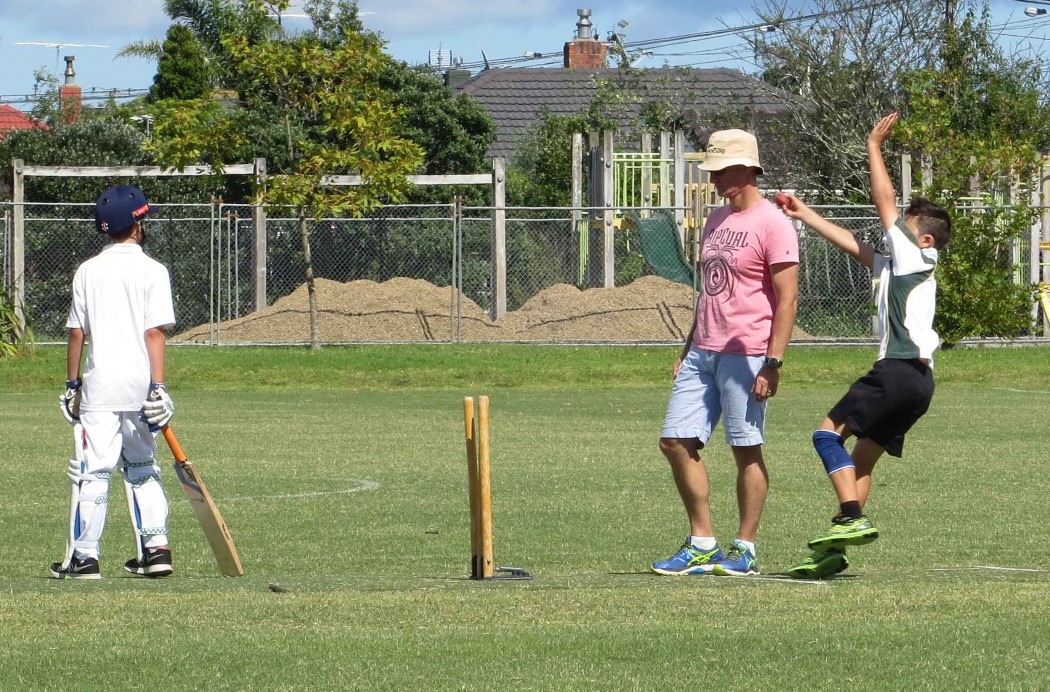 Cam of the Year 5 Cobras

The Pacers scored another win.

No match photos this week but plenty  of action around the traps as the juniors build on all they’ve learned throughout the season. Once again thanks to all the volunteers who help umpire, score, manage, coach, feed and cheer our cricketers!

There was only one wicket in it this week, but in the end HBCC scored more boundaries. Leo was our best bowler taking 3 wickets and was also the Coaches’ Choice for good communication in the field. Harry top scored with 20, including three consecutive fours and was our player of the day.

We had four players away this week and were lucky to have Josh Reid and Toby Caro filling in for us. This was first time hardball for both these players and the both had great games. Toby’s little brother Luke even help us out in the field, which was much appreciated.

Because we only had 6 batsmen Jared and Leo batted twice. Our fielding was pretty good this week, not many extras were bowled.

Our communication between batsmen this week was not great, but perhaps understandable given we had four regular players away.However even partnerships who had batted together previously struggled with calling and we did have a few needless run-outs. This is something we can definitely work on. – Greg Hart

For the Birkenhead Cobras, it was back to the Bayswater Primary School paddock – this time playing against a North Shore Year 6 team.  After Ben lost his ball in the long grass during the warm-up, it was decided to move the game down to Bayswater Park, where it was agreed that the Cobras would bat first.
Krish and Jackson opened and succeeded in getting the team off to a solid start. Batting second were Liam and Ryan C, and while boundaries were difficult to come by, they managed to keep the score ticking over with some great running between the wickets. A very brave Joe (what broken collar bone?) came in next to partner Liam and then Alfie. Cameron then replaced Joe and he and Alfie forced the field to spread out in response to their big hitting. Ben was a great foil to Cameron, providing some deft shots and working the ball around. Ryan S came in for the last few overs and  kept the opposition on the toes with some cheeky running to steal some valuable runs – the result being that the Cobras finished their innings on a combined total of 134.

Our boys must have thought that they were in “The Land of the Giants” – with some of the North Shore team having bats the same height as them! It was hard work containing the bigger, stronger boys – with the first two opposition partnerships getting off to a flying start. However, they didn’t have it all their own way and the Cobras fought their way back into the game with their trademark teamwork and great encouragement to each other. Ben, Ryan S, and Cameron all got a wicket apiece and Alfie took two wickets, including a sharp caught and bowled. Captain for the day, Liam also took a great catch.

The Cobras did a fantastic job in the field and showed their real team spirit by finishing strongly and restricting the North Shore team to a total of 160. Their tight bowling and enthusiastic fielding created lots of chances, and if a few more of the catches had stuck … it could have been a different result.

Congratulations to Jackson for getting player of the day – he had a wonderful all-round game and did such a great job as wicket keeper that his Dad admitted he nearly shed a few tears with pride. – Scott Huntington

BCCC Green played ECB Knight Riders at Onepoto Domain. A pretty good bowling effort saw BCCC restrict ECB to 94/8 off their 28 overs. Curtis Marsh 3 overs 2/18 and Liam Carter 3 overs 2/4 and the other wickets were shared among Sams H and K, Shiv and Damon.

Unfortunately the batting effort saw only one player, Jackson Walsh, hit double figures. When he fell for 25 as the last wicket, the game was all over and we were out for 75 off 20. Better luck next week.

The girls  took on Cornwall at Melville Park and it was another nailbiter. Unfortunately, it was not to be for the Dragons on this occasion. Having lost the toss and being bowled out in 19 overs, there was a brave fightback and the girls had Cornwall on the ropes at 15/4. But too many dropped catches and extras sealed the result with the Dragons unable to grab that last wicket. Molly (17) & Brooke (12) got to double digits with the bat; Annabel, Brooke and Molly each took a wicket and Leyla and Annabel had successful run-outs. Player of the day went to Claudia who was a superb wicky. Final result: Cornwall 59/6, Dragons 58. – Kevin Nicholas

The Pacers played Eden Roskill at Keith Hay Park and captain William won the toss and chose to field. The outfield was damp and heavy, boundaries shorter either side of the wicket, weather sunny. Brandon and fill-in Travis started things off with some fiery pace. It was an economical start for our bowlers and Brandon got the first breakthrough in the 4th over by dismantling the opposition’s stumps.

In the 5th over Joseph got one through after five overs Eden Roskill were11/2. The next over brought another wicket with Travis firing in an accurate throw to run out their batsman for 2. The next partnership was strong with Eden Roskill putting on 33 runs but our second fill-in Nathan (Jimmy) took a vital wicket and Jeremy also took a great catch at mid-on, continuing on from some great catching the night before in coach Jaycob’s catching competition.

Jeremy then showed he could do the bowling part as well by inducing the batsman into a cover drive that went straight into Joseph’s hands at short cover. Ben bowled a beautiful maiden for his first over and only two runs came from his second. William and Vivek then came onto bowl and only four runs were scored off William’s two overs and Vivek ended up bowling out Eden Roskill’s other opener (also named Vivek Patel1). Joseph came back on to bowl his third over in which Orlando took a great diving catch at cover. Shayan then came back on to bowl and ended up bowling out their number 8 batsman. The next wicket came from Vivek’s bowling and Joseph took another catch at cover. Although they were only 9 wickets down the innings had to come to a close after 24 overs at 76/9 because of the over rate being a bit slow. Sebastian was behind the stumps the whole innings and did an amazing job of keeping down extra runs and byes. although we still conceded  24 wides.

Birkenhead went in needing 77 off 24 overs and openers Travis and Sebastian scored at a good rate but Seb was unfortunately bowled for 11. Orlando came to the crease and did a fantastic job of protecting his wicket in the face of some very fast bowling but ended up being bowled by a full toss that snuck through. Joseph came to the crease at 2/26 and created a great partnership with Travis which included 6 boundaries. They closed the match up with a 51-run partnership. Travis hit 29 off 26 and Joseph made 17 off 11, meaning BCCC chased down the total for the loss of just two wickets, in 11.5 overs.

Player of the day went to Jeremy for economical bowling, a wicket, and a great catch. The boys played extremely well as a team with William doing a great job as captain. A good win. – Peter Reid

The Y7 Strikers took on neighbours ECB at Bay City Park. Losing the toss, BCCC were asked to take the field and set about containing a powerful ECB batting line-up.

The BCCC bowlers were quickly into their work, holding ECB to just 24 runs off the first 10 overs with Harry Carter finally getting the breakthough off a great catch by Cam Smith. Another wicket to Travis Gower had ECB needing to dig deep at the drinks break. A solid third-wicket partnership pulled things away from BCCC a bit before a great second spell from Spike and Travis saw some late wickets tumble. Two great run outs to Pat and Vivek slowed the scoring even more before Jason cleaned up the tail. A great display of fast bowling in some very hot conditions.

Needing 180 to win, the Strikers lost early wickets , but a solid 50-run partnership between Harry Carter (26) and Jesse (29) kept BCCC in the hunt, and it was game on at the drinks break with Trav and Jesse looking well set. A couple of cheap dismissals saw the pendulum swing back to ECB, before some great late order batting and another 50 partnership from Nathan Holloway (16) and Pat Faulkner (52*) took us close, but ultimately 17 runs short.

A great team effort, but the Strikers will rue a few dropped catches and a few cheap dismissals which combined to put the game just a fraction out of reach.

Congratulations to Pat Faulkner on a great 50! – Steve Ruffell