Apologies for the lateness of the junior report for November 19 … the webwoman has a pile of work and house renovations going on and there just don’t seem to be enough hours in the day!

If there happen to be any WordPress experts out there who’d like to lend a hand on the site please txt Denise on 027 224 0181.

Now on with last week’s show… once again we didn’t hear from everyone so if you want your team report on the site, feel free to email denisemontgomery.cricket@gmail.com

It was a tough game in the wind and rain but the boys, and our coach who was sick, carried on valiantly.

Maclean was our player of the day with his 24, including 5x4s, while Sebastian performed was the best of the bowlers, taking 2 wickets.

The coach is keen for the boys to work on their fielding especially as the weather improves and the pitches get faster – they need to remember the long barrier. They should also starting out strong and confident when attacking the ball… not pause and wait.

This week the Birkenhead Cobras played at Onepoto Domain against Takapuna Daniel James.

The captain was Olly and he started well by winning the toss and deciding to bowl first. It was a very cold and drizzly day, but that didn’t seem to curb the boys’ enthusiasm in the field.

Takapuna got off to a good start but the Cobras were soon putting pressure on the batsmen to ensure the wickets started falling. A great piece of fielding saw Alfie throw down the stumps and Brodie also showed composure – running in, rather than risking a throw, to get a stumping.

Great bowling from Liam and Brodie resulted in the boys getting three wickets each, with Cameron, Joe, Ben and Alfie each chipping in to get a wicket apiece.

Takapuna finished on 91 runs for the loss of 11 wickets.

The first partnership in to bat for the Cobras was Ryan C and Alfie and they got the team offto a flying start – scoring 56 runs for the loss of two wickets (in this grade of cricket, it’s minus 5 for each wicket lost and batsmen stay in for four overs).
Joe and Olly came in next and they both batted well to score 26 runs, losing only one wicket. Cameron and Ben continued the theme and finished off on 43 runs for one wicket.
Liam, Brodie and Ryan S then shared the last overs to score 27 runs for the loss of three wickets to ensure a comfortable victory.

Well done to Brodie who got Player of the Day – he has worked very hard on his bowling and was rewarded with three wickets for just 6 runs. 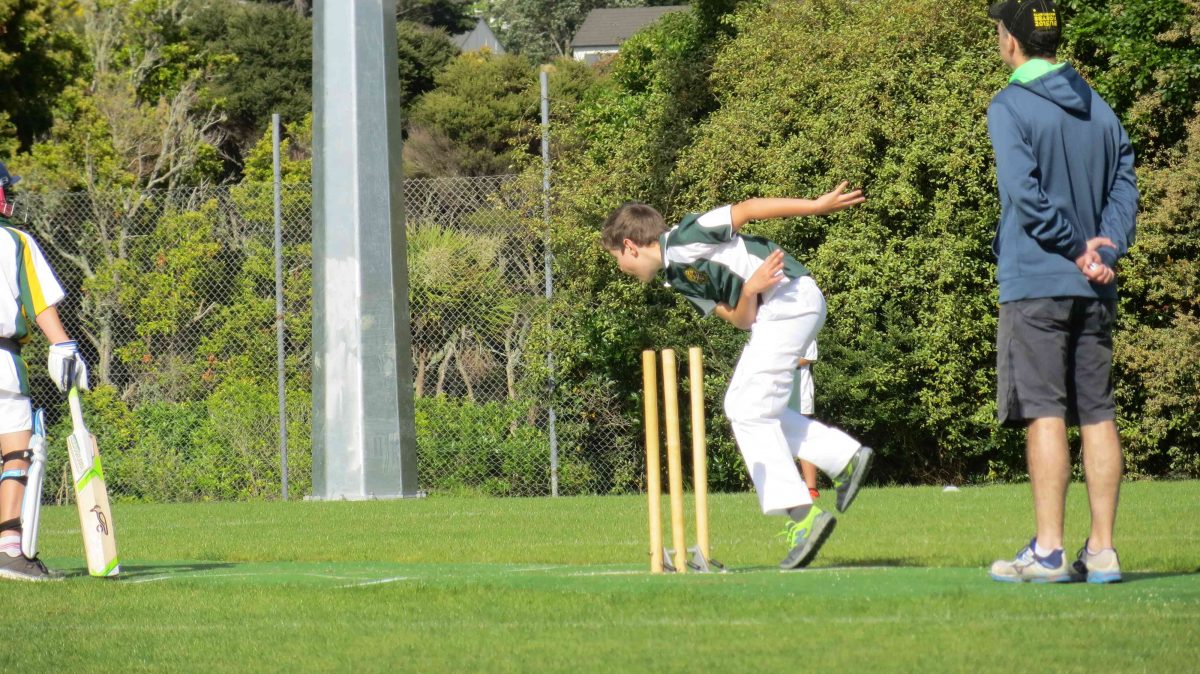 Brodie was player of the day on November 19 for the Cobras.

The boys are into the groove of things now.  We played another East Coast Bays Team and after winning the toss and electing to bat, Sam and Colby gave us a solid start with Sam making quick 22.  Then Shivam came in and blasted a quickfire 35 not out to be our first retiree for the season.
The innings was finished off well by our middle order with useful contributions from Jaxin, Tiger and Tarun.  We set a useful score of 126.

Our bowling was great again with Shivam and JT leading the way at the start and Sam coming in and destroying the opposition batting lineup atthe end.  We bowled the opposition out for 89 with Sam and JT each picking up 3 wickets and Shivam picking up 2.

The boys put in a good fielding effort too, leading to some wonderful catches – including a nice caught and bowled from JT.

We have some tough matches coming up but the boys should be ready. – Vimal Nair

Everton O’Leary has made North Harbour 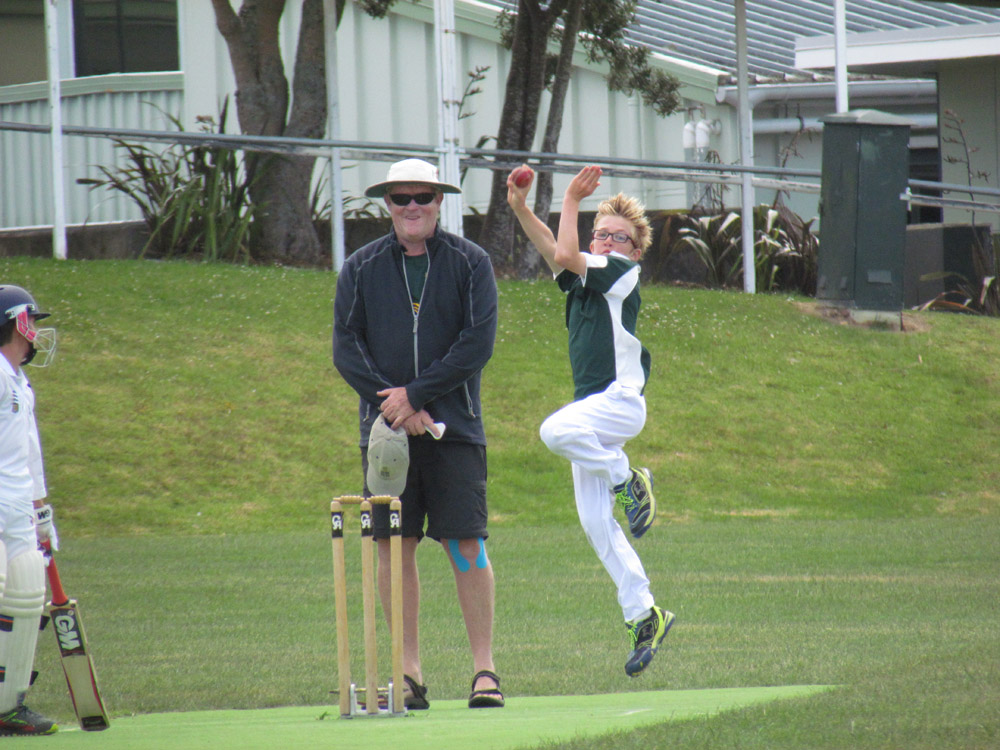 Spike Ruffell, Year 7 Premier will play in the North Harbour side again 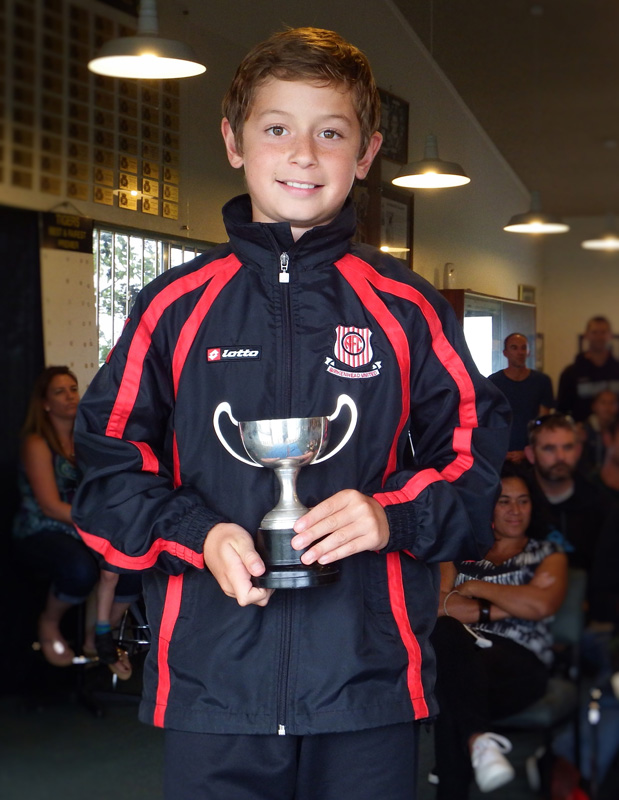 Dominic Hawkins was BCCC’s best junior in 2015-16 and has now made the North Harbour side.

No report this week from the Year 7 coach but there is some great news, with three players from BCCC selected in the North Habour side to compete in the Auckland District Tournament that begins on December 27.

All three boys will be in action for North Harbour on Sunday November 27, where they take on Western Districts in a pre-tournament friendly.

Under 12 girls – The Dragons

It was Rose’s birthday today and she’s always a sunny type … but the day itself was not!

The weather was simply horribly and as if we weren’t trembling enough, the game was definitely on the nervous side … it was so close!

The Dragons won the toss and chose to bat against the Parnell Sapphires.

Scoring was a bit on the lean side with the bat with 54 extras by far the top scorer but Annabel was looking good on 15 not out.

The difference in the two sides was the bowling … our girls bowled far fewer extras meaning at the end of the day we game out on top 96/7 vs 83/6.

We’re very proud of the girls and their win this week.