There was a great turnout to the junior prizegiving so thanks to all the players and families who made it. Likewise, the club wants to send its appreciation to all the coaches, managers, scorers, umpires who gave up their time this season. As you know, the club is made up of volunteers and without your help and love of the game, games would never get off the ground. (If as a parent you didn’t get involved this season, but would like to next season – perhaps you were watching and learning in 2015/2016 – we’d love to hear from you for next season.)

Likewise, we really need to grow the junior club next season. We doubled our numbers in the Kiwi and Midget grades but that didn’t happen for the juniors so if you know anyone who needs a bit of encouragement to play, let us know. The good thing is, junior cricket caters for all levels of cricket. When players get to year 7, they can choose to play morning cricket or the more challenging afternoon grade – and get equal enjoyment from both.

We also want to acknowledge all players in all junior teams. While listed below are some of the top performers, coaches tell us that many of the decisions were tough and that on any given day any player could step up and turn a game. There are 11 players in each team and everyone contributes in some form. There were so many “most-improved players” this season that we really look like we could be in for a great season next season. The Year 7 Pacers for example, at the beginning of the season weren’t so sure about themselves, having decided to play morning grade cricket. By the end of the season this team was one of the strongest, most passionate teams you could hope to see and all players had hugely improved their game to the extent that the team made the final.

The Under 12 girls won their pre-Xmas competition and collected their award from the ACA, earning them a promotion to a higher grade.

Players – keep working on your games and we look forward to seeing you and anyone else you’d like to bring to the club, next season.

Big thanks to junior convenor Stacey Nicholas for all her hard work this season. It’s a tough job first season, so we hope we haven’t scared her off for next season. 🙂

Note: The Year 8 team did not complete a season but any milestones are marked below. The Year 9/10 team played T20 pre-Xmas.

Martin Crowe Memorial Trophy: The Martin Crowe award goes to the junior player who shows good behaviour on the field, accepts decisions, respects their team mates, and has integrity and enthusiasm for the game. The nominations for this award were: Travis Gower, Taine Victor, Ollie Leitner and Navick Chandra.
The winner was: Navick Chandra. 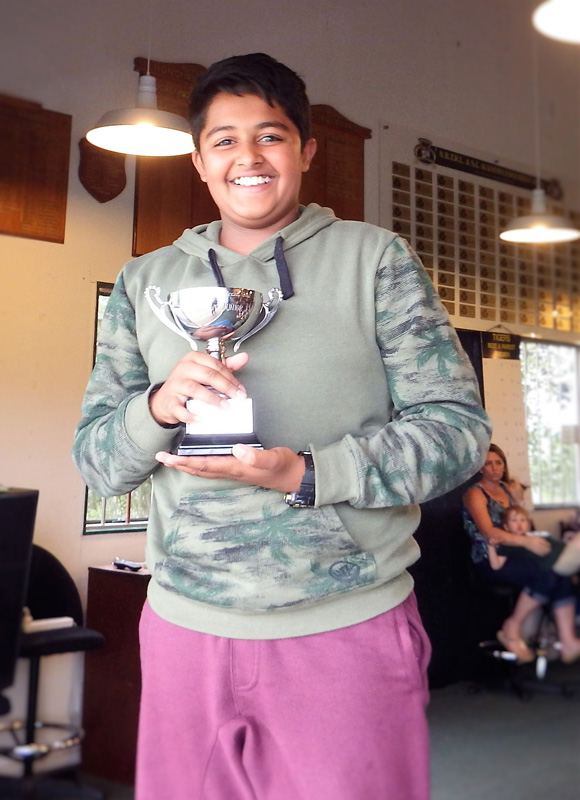 Navick’s nomination: Navick is a highly spirited young player who accepts umpires’ and captain’s decisions. He comes to every game with the spirit of cricket and lifts the team with his positivity, integrity, smiles and his jovial encouraging attitude. He is vocal and totally commited to the game, himself and the team. He shows respect to the team, opposition and umpires and is a good all-round team player. A real credit to the game of cricket. 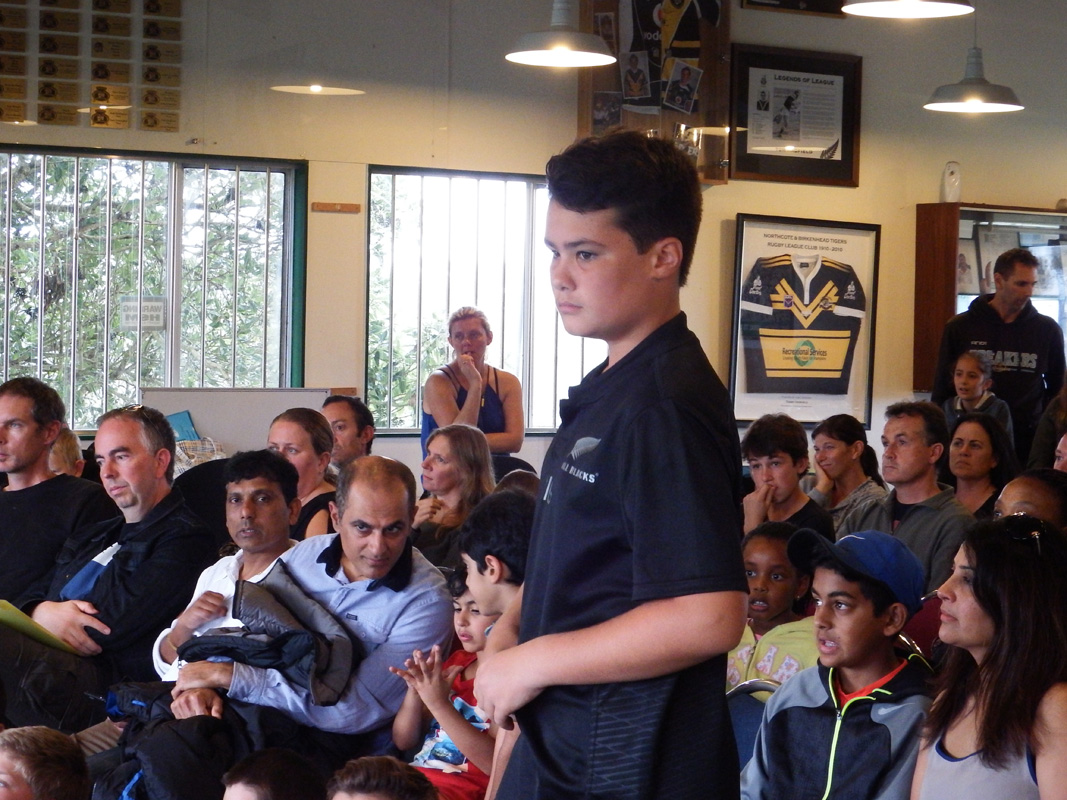 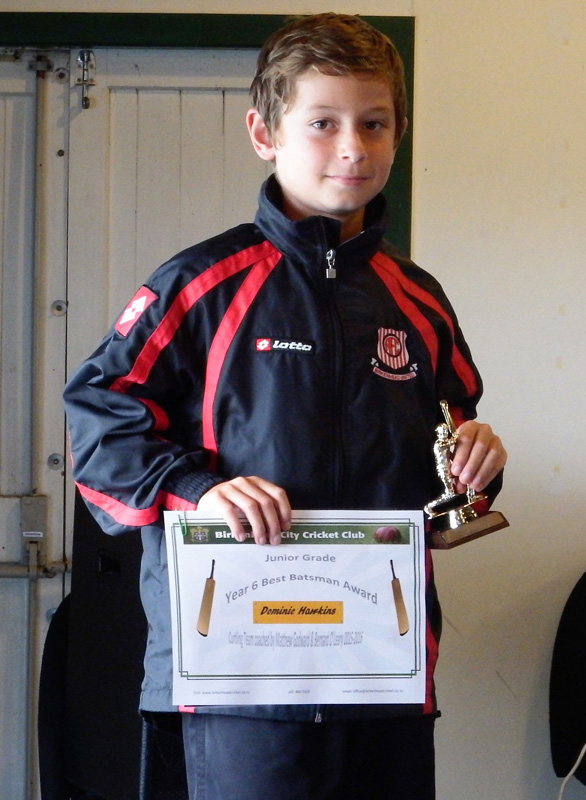 Click on the thumbnails below to bring up the gallery.

THE FINALISTS IN THE BEST JUNIOR PLAYER OF THE YEAR AWARD.

Dominic Hawkins, pictured here at last year’s prizegiving, is one of three BCCC boys to make the North Harbour rep side.

Stacey all geared up to go

Rebecca and her little brother