A1s beat Cyclone Pam on the Coast, but big task ahead 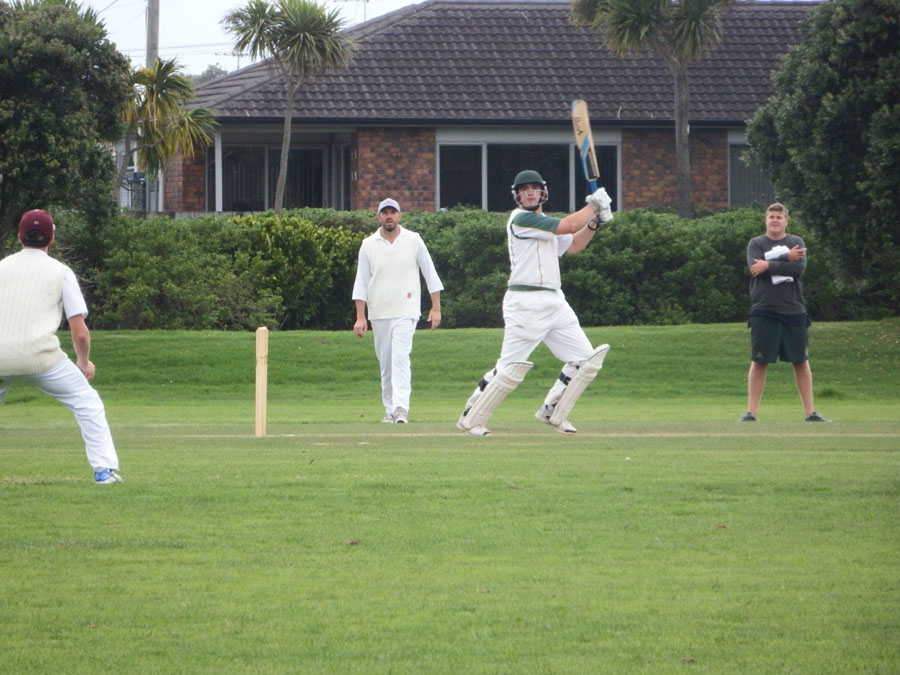 With both teams keen to gain maximum points through their two-dayer on March 8/15, it would have taken more than the mere start of cyclone to get players off the field in the match between BCCC’s Senior A1s (second on two-day table) and Hibiscus Coast (third).

Getting BCCC players on the field was another story, with yet another miscommunication by the team resulting in a scramble and a few words of directional advice for players who should have been there.

Playing at Victor Eaves Park in Orewa, a windswept hole at the best of times, the BCCC side may have been thankful they weren’t fielding on day two.

Nic Montgomery, batting 3, returned from his band’s Saturday night gig in Whitianga leaving there at 7am Sunday to take his place at the crease, while Rudi Botadra trumped even that effort by getting off a plane from India (where he had been enjoying 42 degrees), to drive straight to the less than temperate conditions in Orewa to be ready to pad up later in the day. With several players unavailable and Paul Rainey on the phone trying to find out why some people were late, and the game a must-win, it was the kind of commitment  needed.

Staying in was the order of the day and Kyle Williamson did a good job of that forming a good partnership with Nic before departing to a good delivery after more than an hour.
Joining the side was captain of the B1s Schalk Wasserman who lasted 28 balls, while Manoj Patel lasted just two. The rain started but no one seemed keen to leave the field.

Nic couldn’t have asked for a better person to join him at the crease than Darrin Crook who pretends to have retired but makes an impact every game he plays. He immediately showed his class and patience and the two battled wind and rain together before Nic fell on 88. With six down and about 60 runs required it was looking a little tougher and the thought of having played almost two days for no result thanks to budget label cyclone Pam were a bit depressing.

While the non batsmen protected themselves from the elements in their cars, Darrin battled on to take the team to first innings win, with a valuable contribution in the end from Rudi of 15 which saw BCCC hit the key score of 254. Darrin wanted to bat a bit longer (despite the weather) but he fell shortly afterwards for 79, hitting out after the job was done. That gave BCCC a first-innings win.

This week the A1s take on top of the table Auckland University with an outright victory being the goal. The team needs as many points as it can get – and to finish top of the two-day table – with a vital promotion the Reserve side next season decided on points across the two-day and one-day competitions. They will be rueing having come third in the one-day competition, with University above them on that table too.

The match of the A1 season against Uni kicks off at Birkenhead War Memorial No. 1 this Saturday March 21 at 12pm.

Get down and support the boys.

See the scorecard here. Ignore the 10 wickets thing. Cric HQ is having a meltdown. 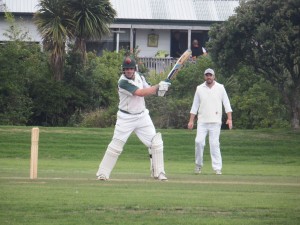 The old ball on the helmet trick… 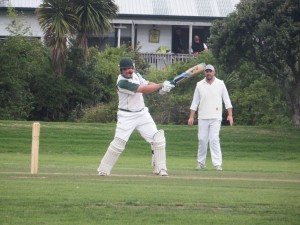 Ok, it wasn’t really on the helmet. 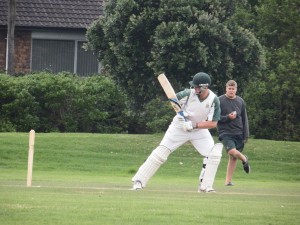 Nic Montgomery lets one go through watched by Simon Rajwer, an umpire caught on the hop. 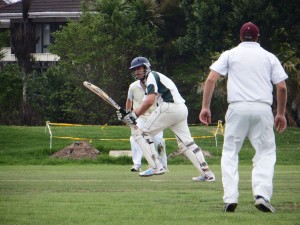 Kyle Williamson hung around for a while. 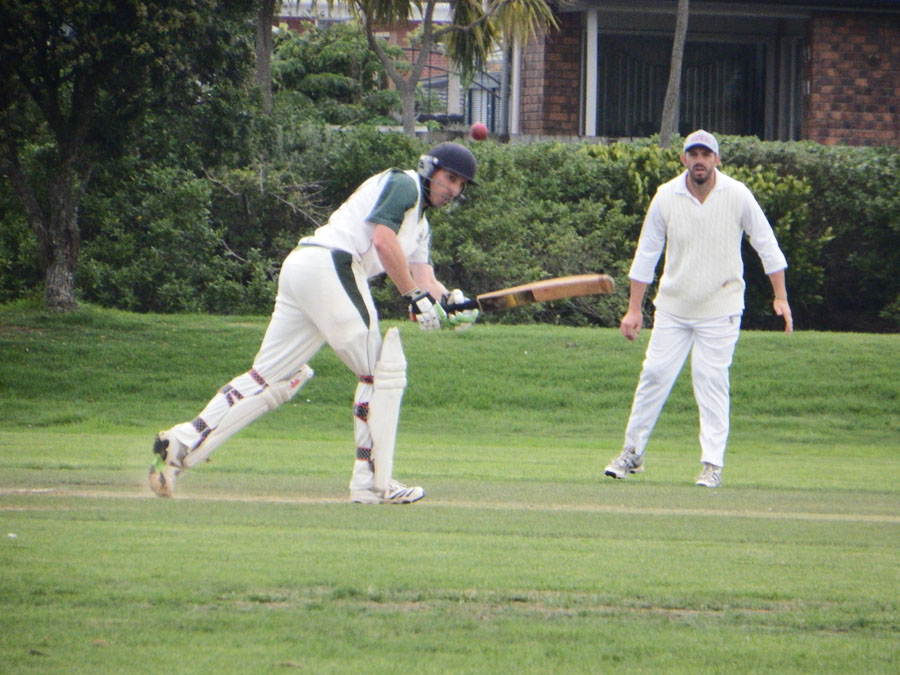 Darrin Crook scored 79 but the photographer only got this shot because the weather was vile by the time he was in full flight.