Just play like me boy. Mr Molesworth with Daniel Thompson. 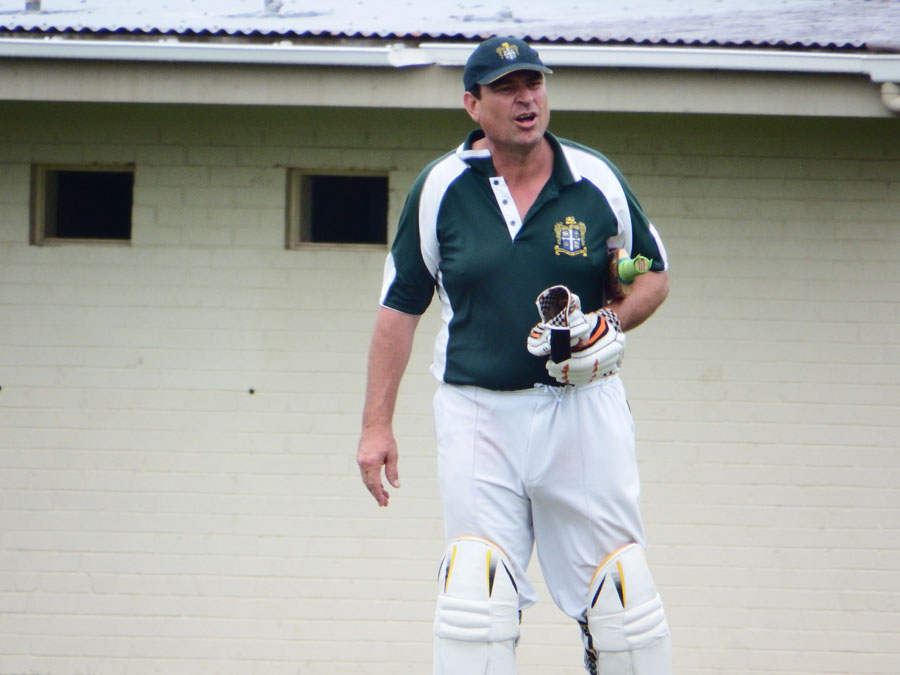 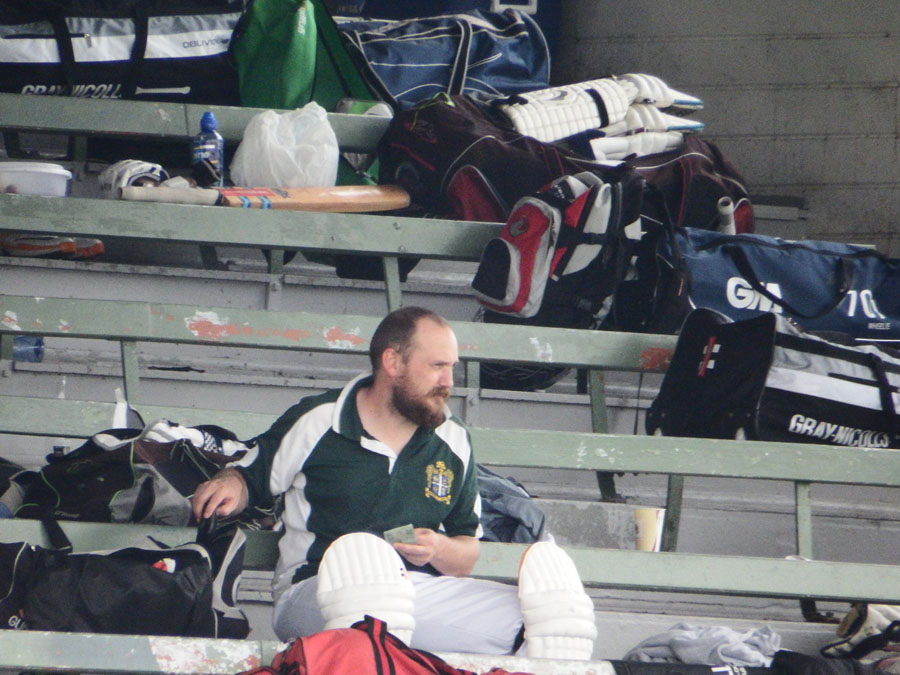 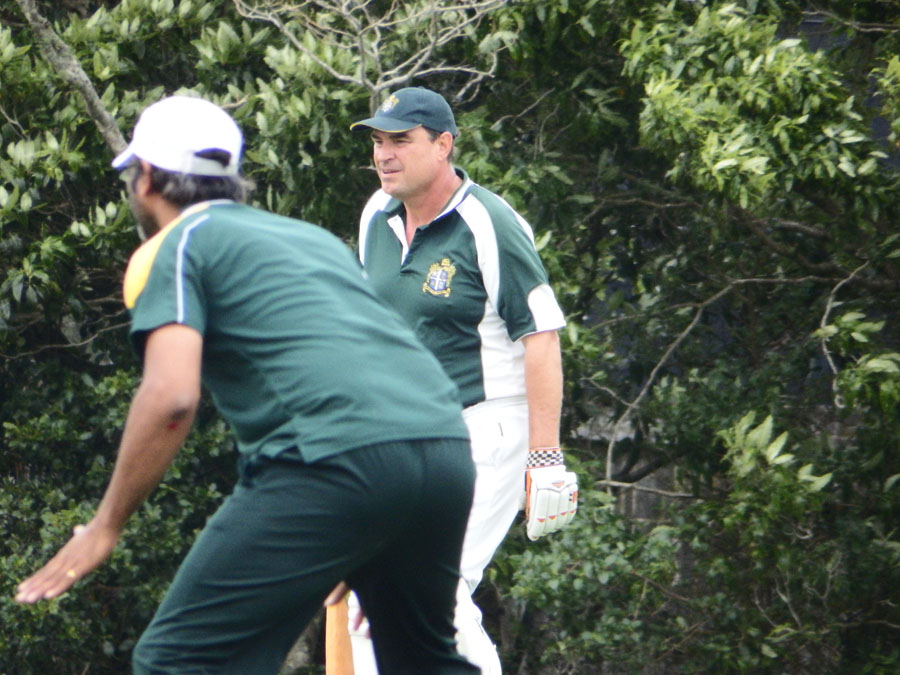 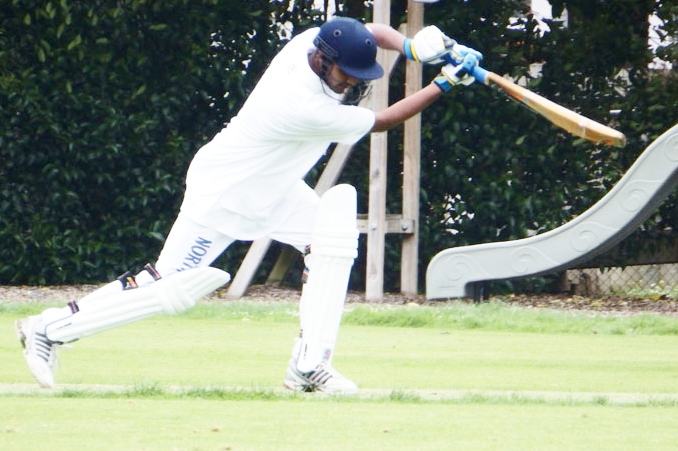 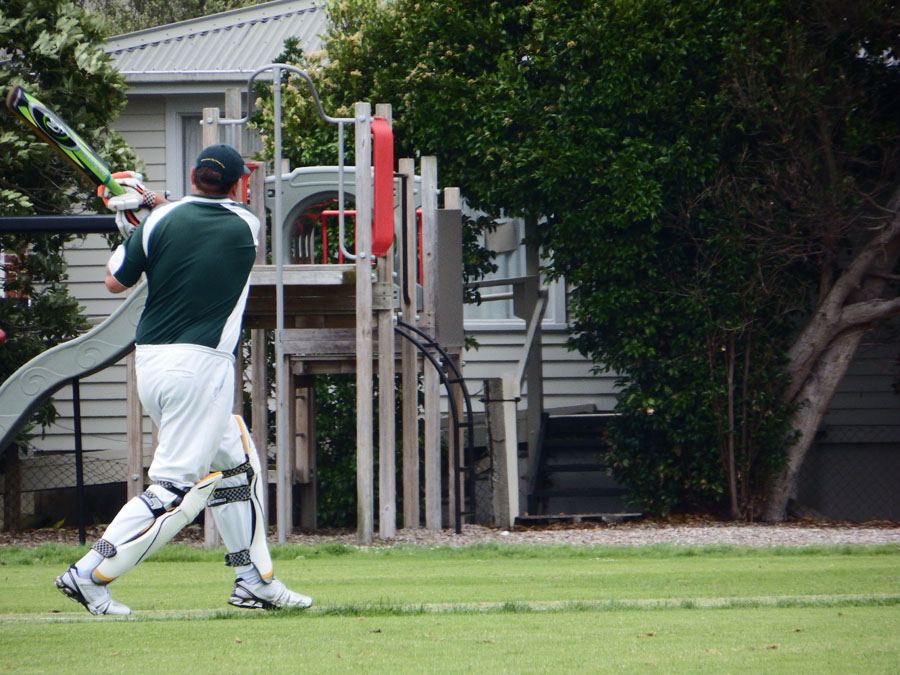 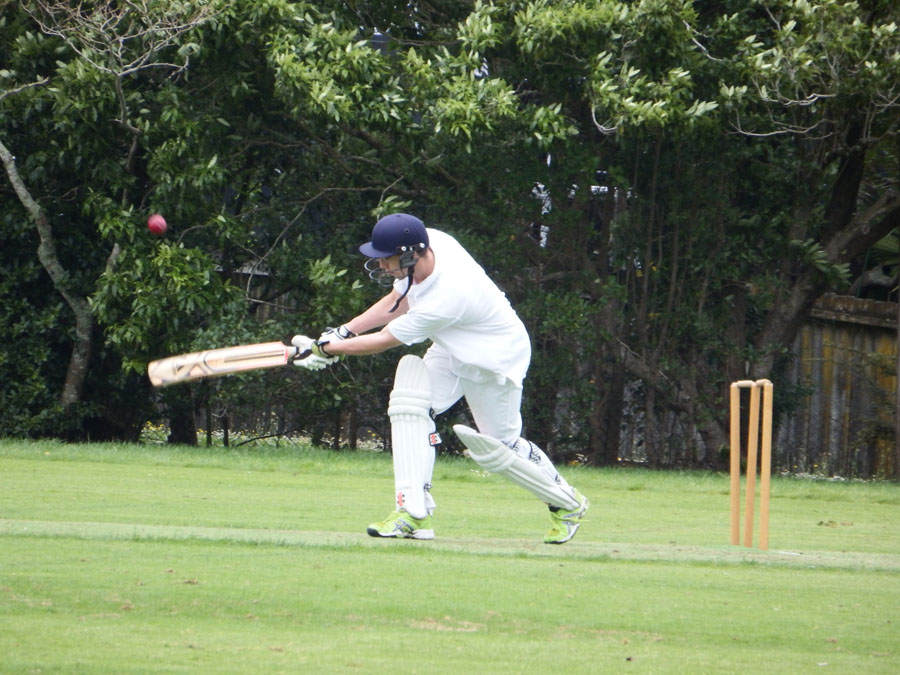 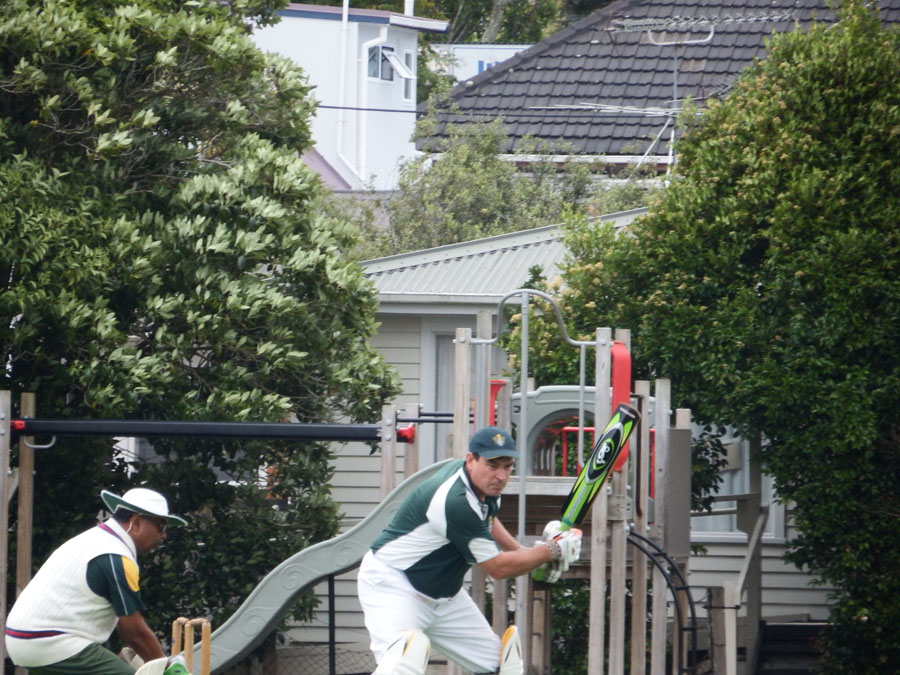 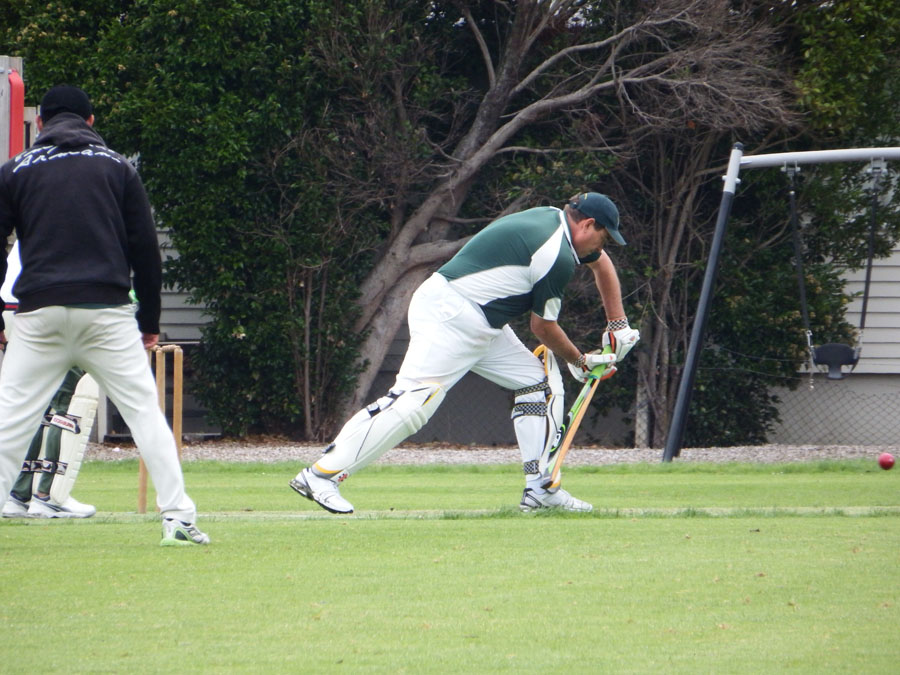 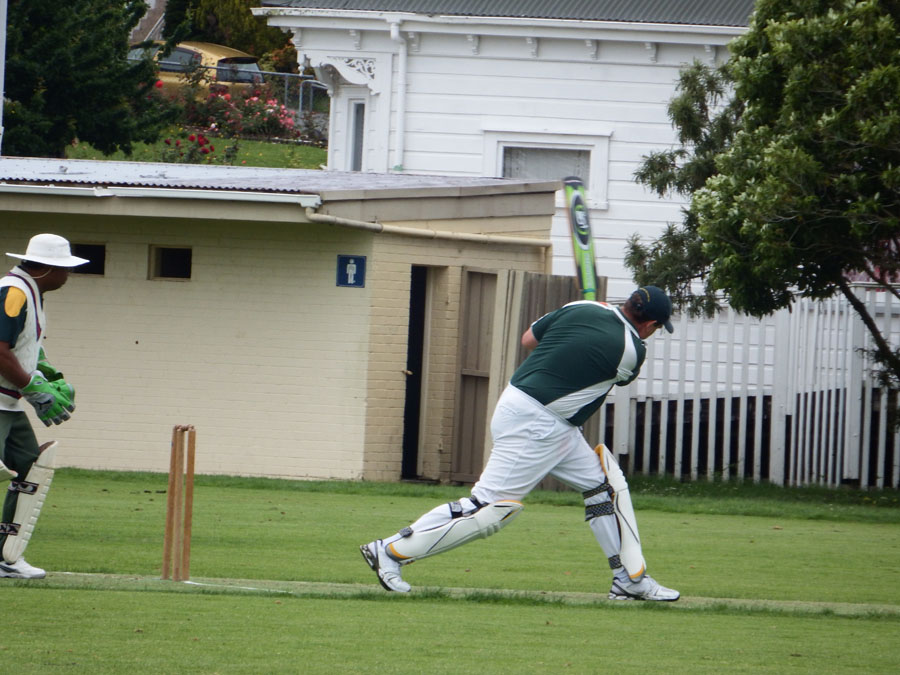 We believe this is referred to as the hoik. 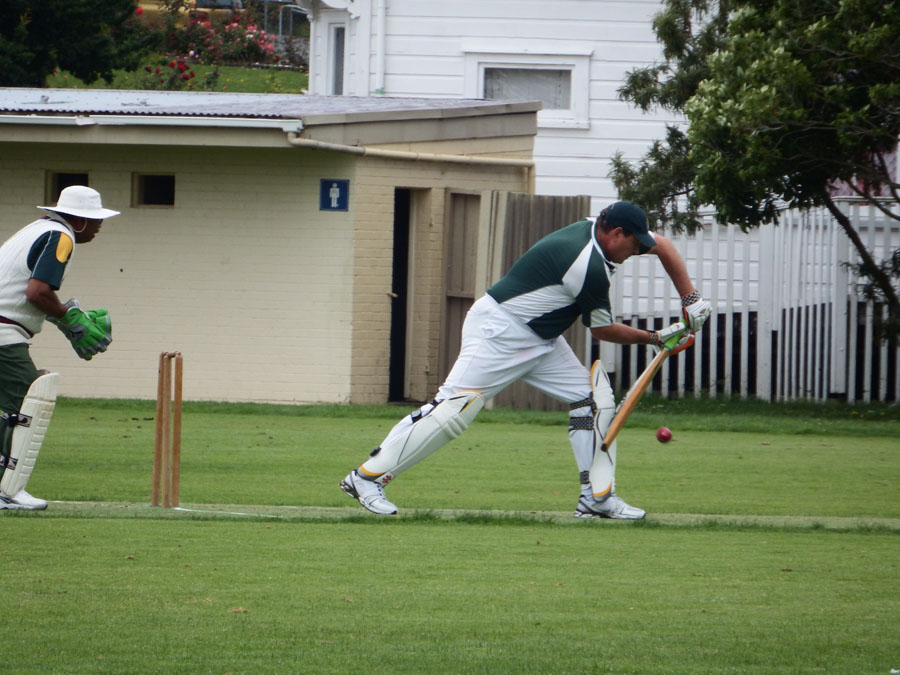 Youngsters could learn a lot from this defence. 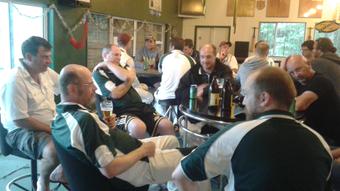 Bit of a yarn afterwards.

4As end pre-Xmas season on a high

The 4As finished the first half of their one-day season on a high, bowling out Greenlane in 23.5 overs for 130.

Elliott Molesworth showed that old age and general unfitness counts for nothing, with his 4/14 off 5, bowling with a piece of soap in a rain-affected match.

Chasing the total, in a game reduced to 35 overs, things got pretty hairy until a last-wicket stand by Steve Thompson and Colin Watson of about 30 – we would tell you exactly how many except these boys don’t fill out their CricHQ scorecards for anyone.

During that, Steve and Colin survived a massive LBW shout with the team nine wickets down “saved by multiple noises – bat, laces, ball” says Colin.

Greenlane were sitting top of the table with Takapuna so the win was a good one, but only 3 points separates third from fifth. mlipponen | Namaste Publishing – Netticasino