The one day 3B team has traditionally been home to some of the longest serving players in the club. A couple of seasons ago all the team members were over 30. While being as dynamic as possible, for the post-30 brigade, this sometimes led to some issues in the field. Luckily over the past two seasons they’ve managed to convince a group of what they affectionately call ‘young bastards’ to join the team. This injection of youth is sure to improve the mobility around the outfield and keep the older members on their toes. 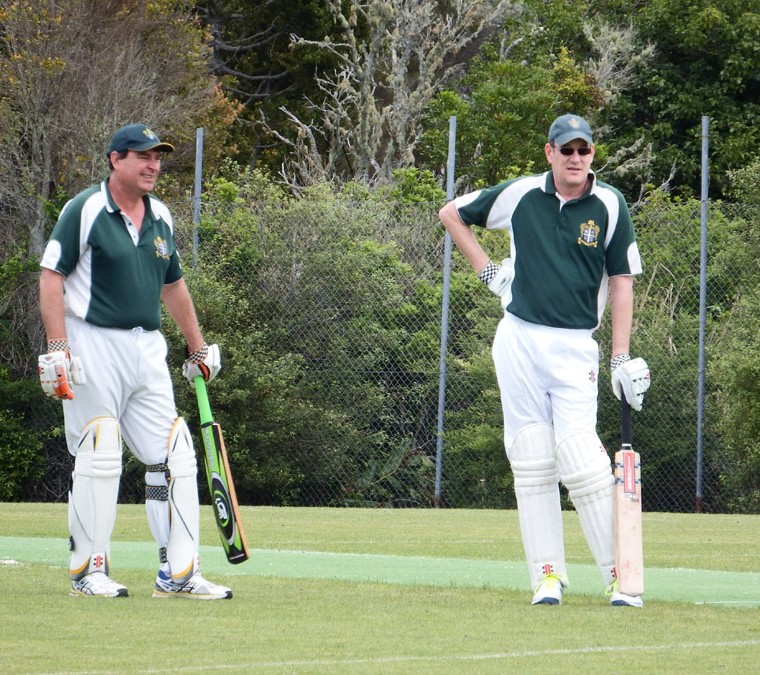 Former Birkenhead chairman Elliott Molesworth is one of the really old geezers in the team but still has a few tricks up his sleeve. Wayne shows the way with the bat.

The 3Bs play a fairly social brand of cricket while still doing everything they can to get the results. It may be worth noting that they are not above trying to gain a leg up on the opposition with some friendly ‘banter’. When not hobbling around the cricket field they can often be found at the club bar with a beer in hand and an ice-pack on the knees.  The team is captain by Jeff and is also where the club’s senior convenor Damian plays his cricket.